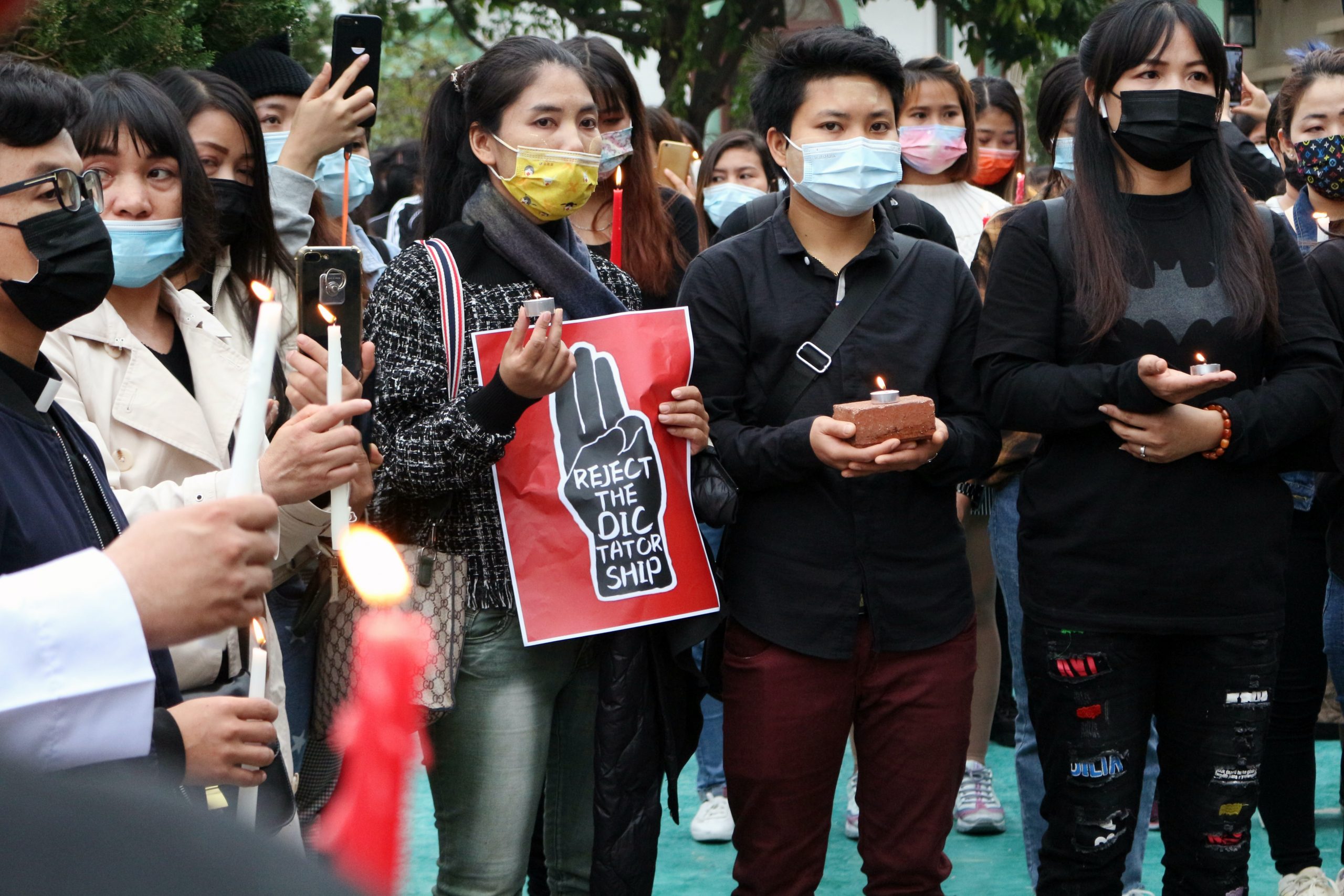 Democracy in Myanmar suffered a severe setback on February 1 when the Tatmadaw, the country’s military, seized power.  The coup did not come as a complete surprise: the National League for Democracy headed by Aung San Suu Kyi won the general election for the second straight time. Although the military, which until 2012 had ruled Myanmar/Burma for about 50 years, still held the most powerful cabinet seats, it evidently could not tolerate this stinging defeat. It has declared a state of emergency and imposed martial law in large swaths of the country.

The coup was met by an extraordinary outburst of popular protest, reminiscent of the 1988 uprising against military rule that resulted in thousands of deaths.  The military’s response to the peaceful protests this time has been horrific: a violent crackdown, including use of torture and kidnapping; attacks on people’s homes and on hospitals that are treating injured protesters; and “disappearing” people, whose relatives are unable to learn their fate. News reports say the body count is over 200 at this writing, but based on reports from my contact in Myanmar, that figure is a considerable understatement.  (For example, this contact tells me that in one 3-day period in March, in just one district of Yangon, the capital, there were “242 fatalities, 60 arrested and missing, 27 dead bodies missing,” according to a medical team.)

As for the political opposition, Suu Kyi and many members of the NLD have been detained at some unknown location. The New York Times reports that an unofficial opposition group has formed under the leadership of a speaker in parliament before the coup.  The group, calling itself the Committee Representing the Myanmar Parliament, has promised a federal form of government that would give equal rights to Myanmar’s many ethnic groups, some of which remain in active rebellion against the government.  (Nothing was said about justice for the Rohingya Muslims.) This change would be in keeping with the country’s history as a community of ethnic groups that happen to be incorporated in a nation-state.  As Prof. John Badgley, a noted authority on Burma’s history and politics, observes:

Over 40% of [Myanmar’s] citizens are minorities, whereas all of senior military responsible for enforcing law and order, including political transitions, are steeped in [the majority] Burman culture. Their heritage includes sacred language defined by Pali verses taught by monks devoted to anachronistic beliefs. Their family cultures are shaped by Theravada beliefs unique to Burma. As a consequence most Burmese political transitions have been guided by protection of their sacred order, as defined by Tatmadaw.

Though the UN, the US, and some other countries have urged the military to reverse course, only one country—China—has any real influence over the military’s behavior.  But all China has done is urge the military to protect Chinese-run businesses, many of which have been torched, from “terrorism activities.” China has joined in a UN statement of “concern,” but otherwise is perfectly content to see democracy squashed in a neighboring country in which it has significant economic interests. Normalcy to China means a military in control of event.

There is no protection for the protesters, who continue to hold out across the country in the slight hope international intervention will at least bring a halt to the military’s repression. Maybe the Association of Southeast Asian Nations (ASEAN) will try to mediate, or international businesses, watching the bottom line take a hit as Myanmar’s economy grinds to a halt, will speak up. The US and the European Union have imposed sanctions on some Tatmadaw officials. But the major US media have been virtually silent on events in Myanmar—a few articles in the New York Times and the Washington Post, for example. The mass demonstrations in Belarus against a dictator got much more attention.

We may ask: Where’s the outrage?