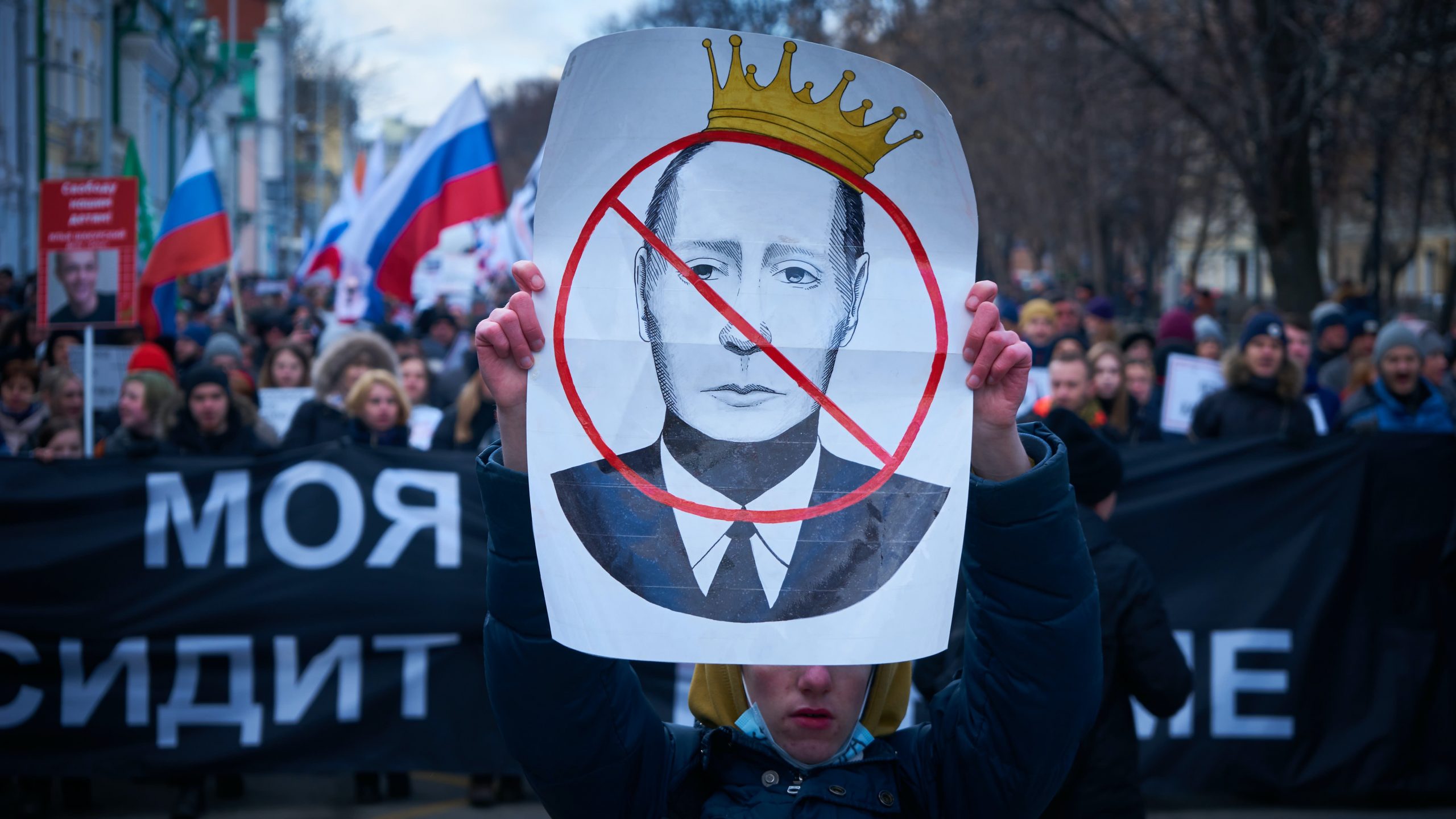 Joe Biden has barely had time to get reacquainted with the White House and he already faces a serious rift with Moscow. He made the mistake of agreeing with an interviewer that Vladimir Putin is a “killer”—a diplomatic gaffe that adds to what Putin considers another case of American arrogance, Washington’s support for Aleksei Navalny, Putin’s most prominent critic.

Navalny was recently sentenced to two years and eight months in a penal colony for parole violations. He faces additional prison time for other alleged crimes, as Putin’s courts keep finding ways to neutralize him.

Navalny returned to Russia after recuperating in Germany from poisoning with a nerve agent by Putin’s FSB (successor to the KGB). He was determined to continue leading the opposition despite the certainty of facing rigged court proceedings.

Navalny especially irritated Putin by publicizing a mansion near the Black Sea that Putin has built; millions of Russians saw it on YouTube. The strange thing is that public opinion in Russia, as best it can be determined, doesn’t favor Navalny as a national leader. But he does draw crowds: Around 10,000 of them were detained at one rally. That is probably why Putin, well aware of what happened in Belarus, where a dictator was nearly toppled by huge protests, cracked down early and hard on the protesters.

Thanks to Navalny, Putin’s lawlessness is on Europe’s radar. The European Council on Human Rights, of which Russia is a party, took up Navalny’s case on Feb. 16 and ruled in favor of his immediate release. The ruling said:

This measure shall apply with immediate effect. The Court had regard to the nature and extent of risk to the applicant’s life, demonstrated prima facie for the purposes of applying the interim measure, and seen in the light of the overall circumstances of the applicant’s current detention. This measure has been granted without prejudice to the Court’s decision on the merits of the present case and the competence of the Committee of Ministers.

A Russian court rejected the decision and reaffirmed Navalny’s latest sentence. The Council of Europe might impose sanctions.

When the US took up Navalny’s cause, the Russian foreign ministry tried to turn the tables. In a remarkable statement on Feb. 4, said with reference to the Jan. 6 insurrection in DC:

You cannot just sweep discontent under the rug. . . . US citizens deserve to be treated according to the law and in line with Washington’s international obligations. In this context, we have every reason to express concern and demand that basic human rights be observed. US officials are constantly and hypocritically taking care of these rights when it comes to other countries; and yet, they have no scruples in ignoring them at home. Why don’t you deal with your own problems?

Putin followed up this statement by accusing the West of trying to “contain” Russia and stifle its development—a line often used in past years by Beijing. Putin said in a recent speech:

This [support of Navalny] is not about competition… but about a consistent and very aggressive line aimed at disrupting our development, slowing it down, creating problems along our borders. . . [The West aims at] provoking internal instability to undermine the values that unite Russian society and ultimately weaken Russia and bring it under external control.

Adding insult to injury, Amnesty International dropped support of Navalny as a “prisoner of conscience,” citing Navalny’s advocacy of violence and use of “hate” language. Expect to hear Moscow using AI’s statement as justification of its treatment of Navalny, though in fact AI said it intends to keep working toward Navalny’s release on political grounds.

Authoritarian rule is in full force in Russia. Like any dictator, Putin aims to be in power for as long as he wants—and seeks to ensure that by exercising control over the courts, media, the police, and parliament. Yet he presides over an economy in freefall and citizens who are increasingly angry about the declining quality of life. According to the UN Development Programme in its annual overview of human development worldwide, Russia ranks #52, its indicators for human security below those of eastern European countries such as Poland and Hungary, on par with Kazakhstan’s, and far below those of China and the US.

On the economy, as one leading Russia expert (Anders Aslund) reports, the news is disheartening:

Putin’s kleptocracy is among the reasons for his declining popularity. No wonder Putin and Trump had such a love affair: Each agreed not to criticize the other and to work for the other’s continuation in office. Didn’t quite work out. But whereas Trump imploded, Putin seems likely to carry on for some time. Felix Light, writing from Moscow, explains:

Today’s tightened belts are unlikely to drive Russia into revolution, simply because most Russians can still remember a time when things were much worse. The Russia of 2021 may have registered close to zero GDP growth in a decade, but it is a vastly more prosperous, healthier and more habitable country than the dysfunctional wreck Putin inherited in 2000, to say nothing of the still worse conditions of 1990 or 1950.

To Joe Biden falls the task of dealing with Putin as a powerful adversary, something Trump consistently avoided doing. Biden has already decided, in coordination with Europe, to add to the long list of sanctions against Russian individuals and companies, now including leaders of the FSB and those in charge of Russia’s biological weapons program.

Biden’s personal attack on Putin and his insistence that Putin will have to “pay a price” for Russia’s election interference has further set back relations. Putin recalled his ambassador to the US, and In Russia, Putin’s spokesman, Dmitry Peskov, said, “It’s clear that [Biden] doesn’t want to normalize relations with our country. This is what we’ll be guided by from now on.”

Yet Biden says he wants to pursue deeper nuclear arms cuts with Moscow and cooperate on other common interests. Can he “walk and chew gum,” as he says, at the same time?

As with China, he needs to find concrete areas of agreement to balance against criticism and sanctions. If Biden fails at this, the US will be in a two-front cold war at the very time the administration needs to focus on domestic priorities. His plan is off to a bad start.