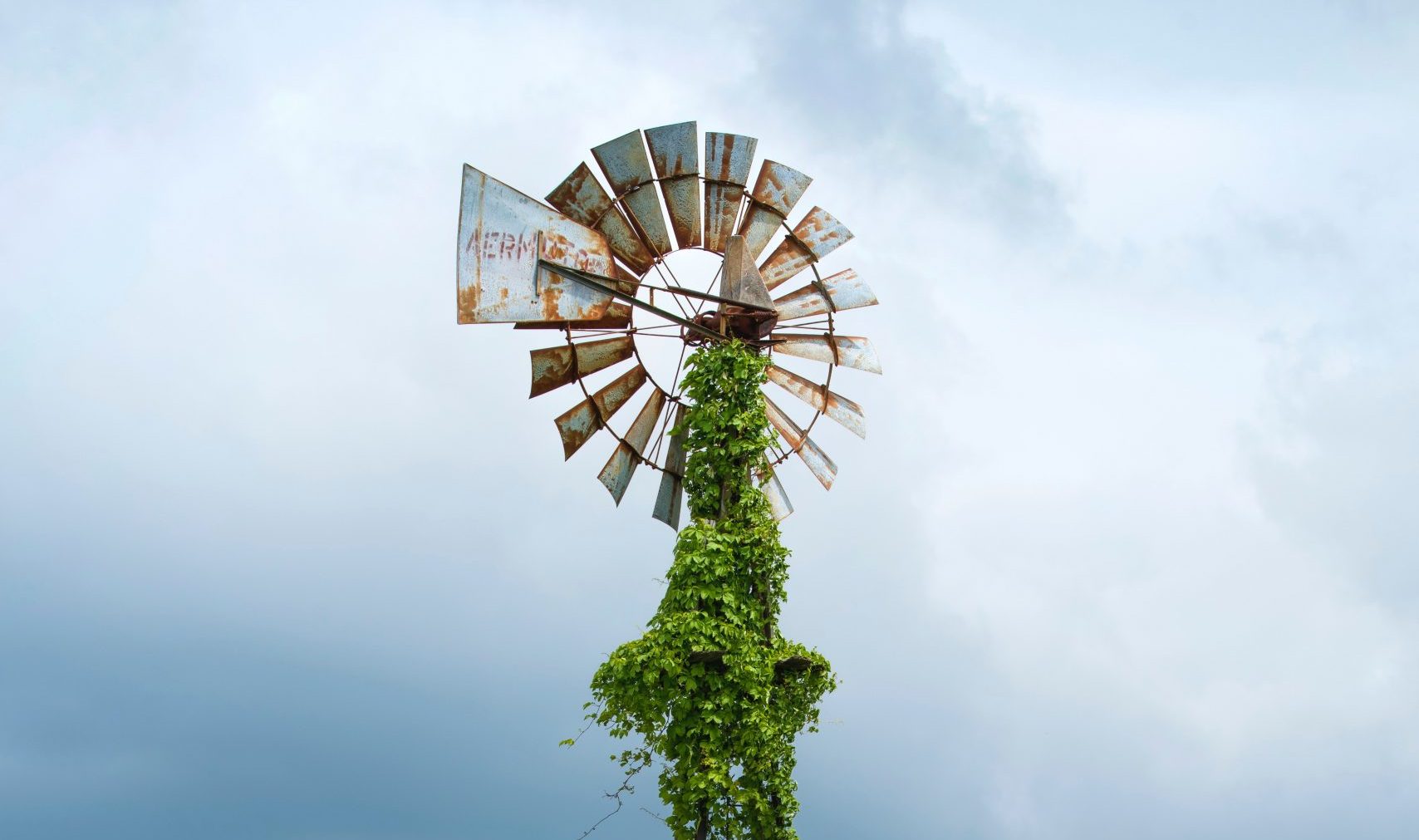 A young Kansas grain farmer and I were riding on a train through Iowa when the subject of the climate crisis came up. He was a blonde-haired, blue-eyed son of a multigenerational Midwest farming family. I’d grown up on a potato farm in Northern Maine. Both of us spent our teenage years in overalls. We compared tractor models (him, John Deere; me, 1960s FarmAll).

We were passing under the towering windmills that dot the rolling farmlands in Iowa when I mentioned the climate crisis. He was a Christian conservative. I was a chip off the ole block of my Vietnam War-resisting father. I told him I was worried about the climate, that I had seen the snow pack shrink in Northern Maine throughout my 28 years of life. It hurt the crops. It made farming even more risky than it always was.

He surprised me with his reply.

His urban friends from Oklahoma City just didn’t get it, he told me. And it made him mad. He’d seen the yields go down. He’d watched the entire crop get flattened by a late hard frost. He’d seen members of his grain co-op lose their farms because of summers of endless rain or scorching droughts or early freezes. He knew the climate was changing and it frustrated him that his urban conservative friends thought the climate crisis was a hoax.

Farmers know the land. We have a telltale ache that’s tuned to the weather. We endure the usual battery of bad luck, wet seasons, insect swarms, untimely drought, crop disease. We wrestle the corporate agricultural giants year after year, trying to preserve a chance for the small farmer to stay independent. But the climate crisis is here. It’s no hoax. The young farmer and I — despite our wildly different politics — both saw it crashing down on our farms with our own eyes.

I’ve been thinking about his city friends and mine. We need them to know where their food comes from, to understand that swallowing the lies of the fossil fuel industry won’t put bread on the table forever. We need them to shift to renewable energy now, not 20 years from now. Our farms need our fellow Americans to take this crisis seriously. The land is not designed for the way we’re using it. The earth will not put up with human abuses for much longer. It’s time for humanity to make a transition to a way of life that gives back more than it takes, that puts care of the earth above profits for the rich, that lives respectfully in our only home.

He and I craned our heads up at the giant windmills. I cracked a joke about newfangled inventions. He quietly reminded me that Midwest and Western farmers and ranchers had used windmills as water pumps for more than a century. Renewable energy is not foreign to rural communities. It’s been a source of independence for a long time. We need to lay down our political divisions and remember that we can find common ground. If a conservative Kansas grain farmer and a potato-picking farm girl from Maine can see eye-to-eye on the climate crisis, maybe there’s hope for the rest of the country. The future of humanity depends on it.