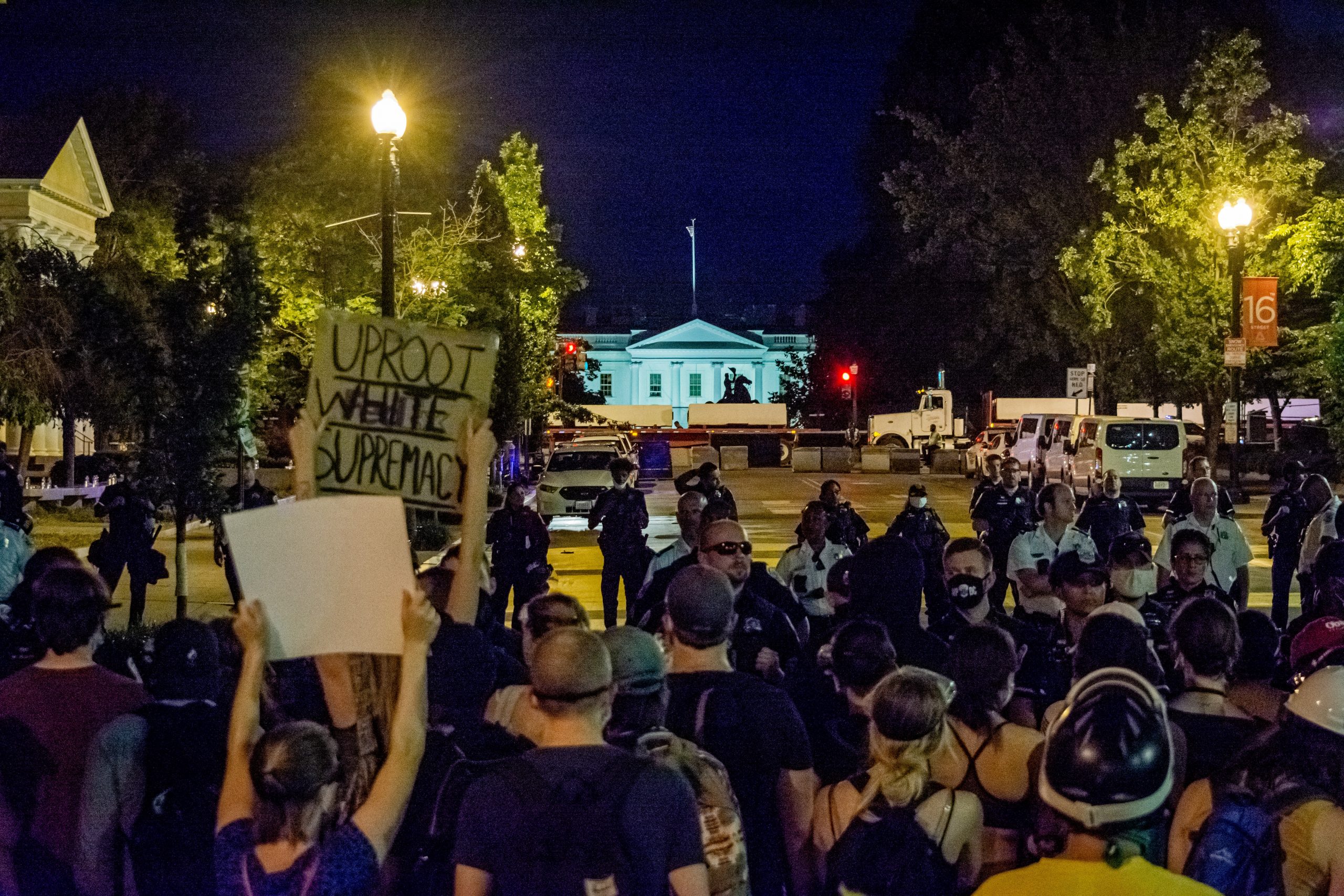 I still see the noose in front of the capitol building, dangling oh so metaphorically.

“No matter how all this plays out, it’s only the beginning,” wrote a user on TheDonald message board, according to the Associated Press.

Actually, it’s anything but the beginning — though I get what the writer means, that there’s more to come. All 50 state capitals are now in the crosshairs of the armed protest movement, apparently, not to mention, once again, the national capitol, where Joe Biden is scheduled to be inaugurated on Jan. 20.

Indeed, Huffington Post reports that Capitol Police briefed congressional Democrats this week on three “potentially gruesome demonstrations planned in the coming days,” which could include assassination attempts, and among other things suggested that on inauguration day all representatives and senators be put through metal detectors before they’re allowed to enter the halls of Congress, just to make sure they aren’t armed. Some of them are . . . uh . . . “in league with the insurrectionists.”

As one lawmaker explained to Huffington Post: “You can’t just let them bypass security and walk right up to Biden and Harris at inauguration.”

Thanks to Donald Trump, a national return to some sort of centrist “normal” is now impossible. Lots of people believe a civil war is already underway and they’re excited as hell about it. Political Correctness meets Jim Crow — finally!

The “rigged election” craziness Trump and his minions have pushed to justify their armed insurrection is reality-based to the true believers, at least in one sense. You wanna know how the election was rigged? People of color — lots of them — voted! They swayed the damn election. If Jim Crow (code name: MAGA) were still the law, the orange-haired guy would have his second term and then some.

The noose, the Confederate flag, the poisoned American flag, the guy in the Camp Auschwitz sweatshirt, T-shirts proclaiming 6MWNE (6 million were not enough) . . . stir these obscenities in with the Second Amendment and what you have is Hell, also known as the good old days. American racism is anything but superficial.

Its language and manifestation may change, but make no mistake: It never goes away. “Whites only” restrooms morph into the prison-industrial complex. And we always have our wars to wage, our enemies to dehumanize. White supremacy will never be defeated, but I’m certain it can be transcended, both personally and collectively, and the time to do so is now. But this can only happen if we stare unblinkingly at our national history.

As a starting place I recommend browsing through Without Sanctuary, a.k.a., the coffee table book from hell, a collection of lynch mob photographs and postcards from the first four decades of the 20th century, compiled by James Allen, which came out in 2000. It’s truly unbelievable and well beyond horrifying, but indispensable in helping one understand the depth of collective rage in the human soul, making the United States of America the equivalent of an active volcano. One of these days it will erupt — again.

I wrote about the book at the time:

July 19, 1935. Rubin Stacy, lynched in Fort Lauderdale, Fla. Stacy, a homeless black tenant farmer, had asked a white woman for food, frightening her. Mob justice converted this to the capital offense of rape.

In the photo, the dead man’s pain is palpable. He hangs from a scrub pine in ghastly, almost prayerful repose. The noose around his neck cuts a deep gouge, pulling the flesh taut to the jaw line. The onlookers are mostly women and little girls. The other central figure in the picture is one of the latter, maybe 9, sweet-faced, in a sleeveless, wide-collared dress you could imagine her wearing to Sunday School. She stares almost beatifically at the dangling corpse.

Raw, racist violence, for much of the country’s history — and well beyond the Civil War (that earlier one, which started in 1861) — existed front and center, without shame. It was as American as apple pie.

And sometimes, when necessary, elected governments were overthrown. Consider the Wilmington. N.C., massacre of 1898, when a white mob torched much of the city and overthrew a racially integrated government that had been made possible in the brief era of Reconstruction, when black people could vote. By some accounts, as many as 300 of them were killed in the insurrection, led by former congressman Alfred Waddell, who had produced a “White Declaration of Independence” that declared: “We will no longer be ruled, and will never again be ruled by men of African origin.”

Waddell led a mob of 2,000 armed white men, who burned the building housing the black-owned newspaper, the Daily Record, to the ground, stormed into black neighborhoods with rifles and a Gatling gun, and eventually took over the city government.

“As bullets were still flying,” according to the Zinn Education Project, “Waddell threw out the democratically-elected aldermen and installed his own,” who quickly named him mayor. “This was nothing less than a coup d’état.”

A century-plus later, is another coup in the making? How many secret, and not-so-secret, adherents does a possible coup have within the nation’s political and defense infrastructure? Are we in a state of national emergency?

And how do we become a different country?

This question hasn’t had such urgency in a long time.