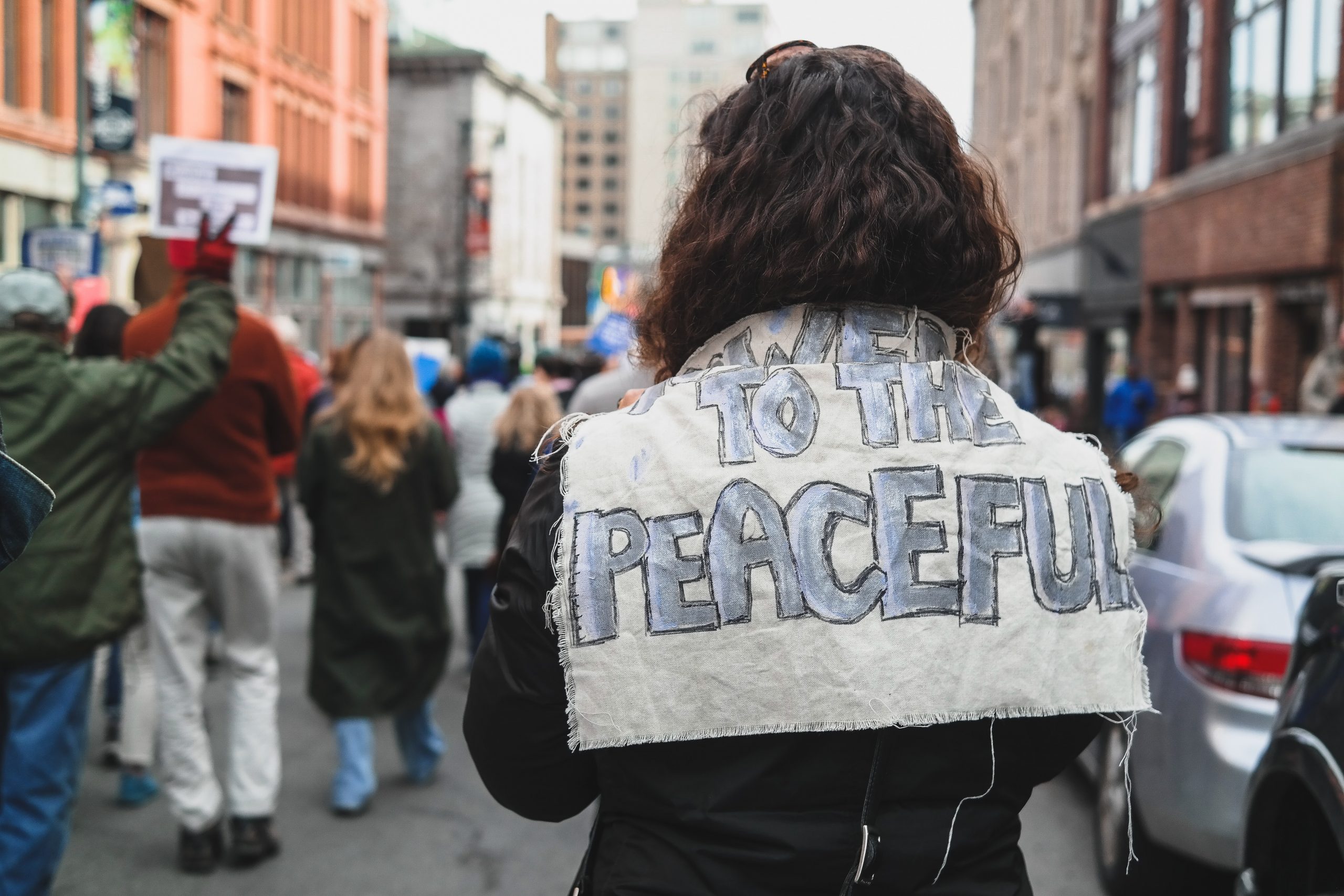 Earth to Portland: Dispatch from the Nation’s Problem Child

Earth to Portland: Dispatch from the Nation’s Problem Child

We live in Portland, Oregon. As almost anyone in our town will tell you,  the question we are getting the most from those who do not live here these days is, “Are you okay?”

That is what it is like to be the national Problem Child.  The next set of questions are some version of: “What’s wrong out there?” “Is your neighborhood trashed?” “Are there really Proud Boy patrols around town, heavily armed?” “Did you really almost elect an Antifa mayor?”

One of us is a long-time practitioner of nonviolent civil resistance and scholar in the field of conflict transformation.

One of us is a medical professional innovating new ways to help protect and heal brave activists from the trauma they have experienced both on the streets and in life.

We are sending two messages.

The first is to the country at large: We will be all right. Though Portlanders are devastated about boarded-up downtown businesses and trashed public places, we also resent President Trump’s unwelcome destructive interference and bald-faced lies about our beautiful city. Most Portlanders do support Black Lives Matter.  Very few media have been reporting the complexity of our streets and what has happened to co-opt the protest narrative. We also vehemently disagree that most Portlanders support the local version of the Proud Boys. All of the street brawlers, the worst of which included Trump’s unmarked federal agents and the abominable behavior of some Portland police—have very low levels of support here.

The second message is to activists in Portland and elsewhere: Stop the violence. Push the reset button on our vigorous yet chaotic and violent protest movement.  We can all agree in our support of our First Amendment rights to peaceful assembly and further, that we all come to the streets with passion for change.

But the community at large is hurting and so will any others who suffer these outbreaks of toxic masculinity.

We are scarcely thinking about George Floyd, Kendra James, Breonna Taylor, James Jahar Perez, and all the other unarmed African Americans murdered by police when the nightly protest focus has become chant, graffiti and property damage.  The narrative is getting lost. The murdered ones deserve the message and the moral high ground as well as tactics that work to bring more numbers to the fight.

But responding in-kind with thrown soup cans, bear spray or Molotov cocktails only serves to slam shut any sympathy locals and others feel for activists—including the consistently peaceful people who never even engage in property destruction, let alone using violence to defend themselves against police violence.

Whether the violent self-defense is done by undercover agents meant to discredit a movement or done by authentic enraged activists, the effect is the same: loss of support. Politicians, police, and opinion leaders see this erosion of sympathy and become far less inclined to address the problem that activists claim to be demonstrating to solve.

The “point” becomes debating whether or not to wreck stuff and whether or not to act in violent “self-defense.”  (It’s worth noting that all violent parties purport to make that claim, like a preschool group of children all saying that “He started it!”). Whether the initial point was protesting police killing unarmed Black people or Trump attempting to steal an election, breaks in nonviolent discipline causes public opinion to shift toward the party that maintains the discipline. And just to compound the unfairness, if all parties are violent, the public will become increasingly grateful for the thin blue line “protecting” them from the chaos.

We understand deeply and painfully how profoundly unfair that is, as real harm has been done in Portland.  We bear witness to that.  But if things were fair, no one would need to protest in the first place. When movements win, they do so with strategy, not inchoate rage.

Do we suggest apathy? Absolutely not. Resistance to injustice or to threats to democracy should be robust.

Here is what we advocate:

We need everyone united in the need for nonviolent change to defend historically marginalized peoples and to make our democracy more robust. In doing so we join the proud legacy of successful defending democracy campaigns from the Philippines (1986) to Chile (1988) to Serbia (2000) to Ukraine (2005) to the Gambia (2016) and counting. They all stopped election theft while maintaining nonviolent discipline. Many other struggles for racial justice, labor rights, and the rights of all historically marginalized peoples won using strict nonviolent discipline. Relatively few won by using violence.

It’s time for us to show the world that Portland is a town of peace warriors.  Let’s practice activism that everyone can participate in, including our children.  This world is theirs to inherit–let’s make our streets safe for them again.

We ask this with profound humility and respect for each and every Portlander and all genuine justice activists everywhere.

Dr. Tom H. Hastings is Coördinator of Conflict Resolution BA/BS degree programs and certificates at Portland State University, PeaceVoice Director, and on occasion an expert witness for the defense of nonviolent civil resisters in court.

Saskia Hostetler Lippy, MD, is a psychiatrist in practice in downtown Portland and has been volunteering to provide psychological first aid to those involved in the Portland protest movement. She is also a field monitor for the TRUST network.