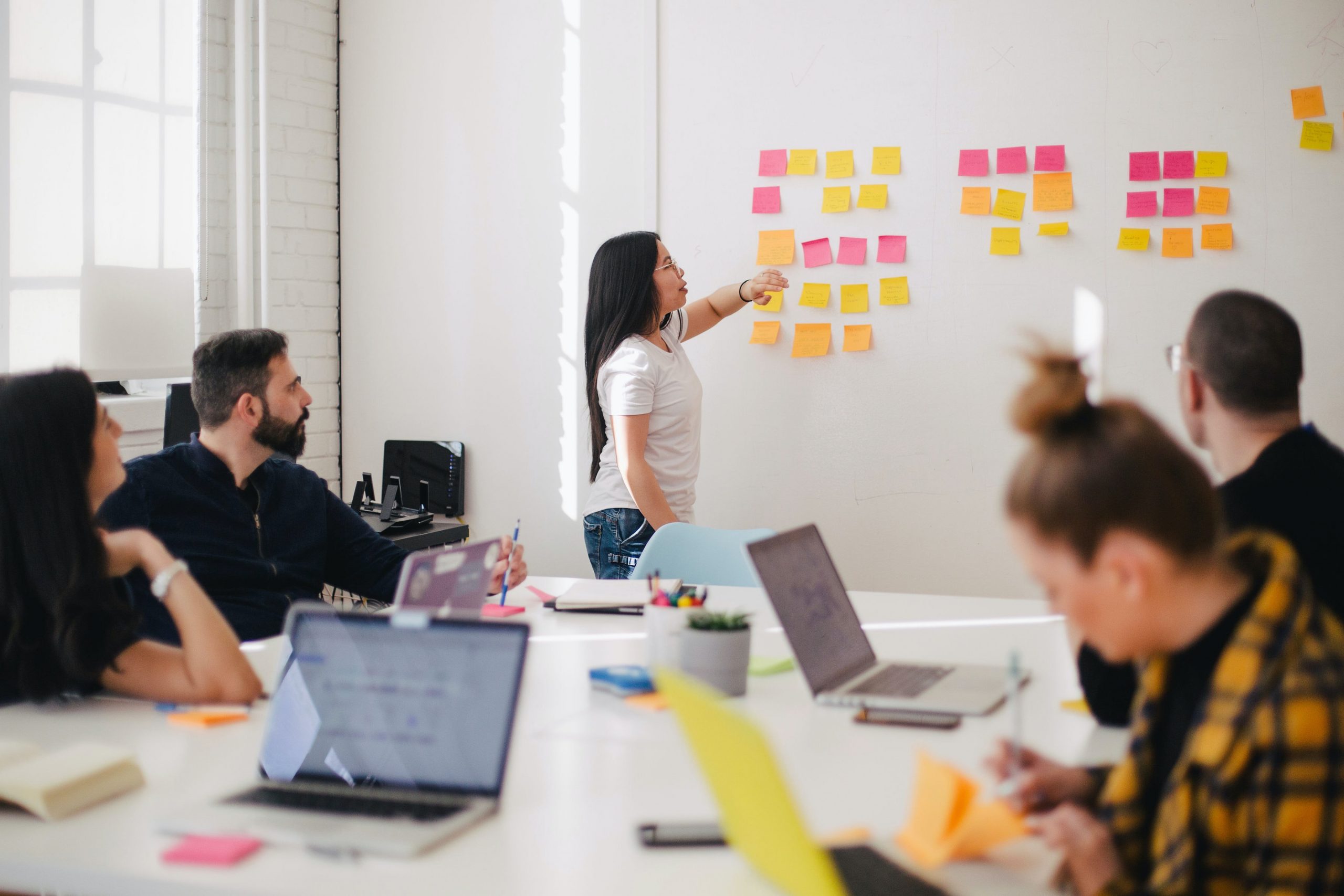 In Defense of Confucius Institutes

In Defense of Confucius Institutes

Readers may be surprised to learn that while disputes between the US and China over trade, human rights, and the pandemic are making headlines, educational exchange programs are Washington’s chief target these days.
These programs are easy marks for an administration that wants to demonstrate toughness with Beijing. It is arousing suspicion about several categories of Chinese visitors—scholars, students, journalists, and scientists among them—on the basis that they might commit espionage, stifle academic freedom, spread propaganda, steal intellectual property, and undermine American values. Members of Congress and Congressional committees, US intelligence agencies, the State Department, think tanks, journalists, professors on the left and right, and US educational organizations have all weighed in to warn of the dangers of association with individual Chinese and China-financed organizations.

A focal point of the attacks is Confucius Institutes (CIs), a global network of Chinese-funded offices, mostly based at US universities, that seek to promote Chinese language and cultural learning—or, as some insist, China’s “soft power.” The institutes’ funding agency is Hanban, the Office of Chinese Language Council under the Chinese education ministry. It provides teachers and textbooks free of charge to university students and K-12 schools, where they are known as Confucius Classrooms.
In the US, there were once more than 100 CIs; now there are fewer than 60, and if Secretary of State Mike Pompeo has his way—he has accused the CIs, without evidence, of seeking to recruit “spies and collaborators,” and in August had them designated as “foreign missions”—there soon will be none. Where once Confucius Institutes were welcomed as part of a thriving US-China people-to-people exchange program, now they are viewed in the context of a bipartisan consensus to treat China as a “strategic competitor.”
Pompeo has been the stalking horse, touring the world with a Cold War message on China that extends well beyond CIs. Working through various US agencies as well as his department, Pompeo seeks to limit visas for Chinese (and other international) students, scholars, even doctors and begin sending home those already here on the basis of “national security.”

Imagine: Last year there were nearly 370,000 of Chinese students in the US. Those who would normally be eligible for work under the government’s Optional Practical Training program will no longer have that option. Visa requirements are being tightened with the obvious aim of preventing Chinese language teachers, as well as students and visiting scholars, from entering or returning to the US. A proposed law passed in the Senate would require interrogation of every Chinese in the US to assess whether or not they pose a security risk. Another bill (S.939), introduced in the Senate by Republican John Kennedy and Democrat Doug Jones, would deny federal funds to universities that fail to meet new ground rules on Confucius Institutes they host, such as that CIs must agree to be governed by both Chinese and US law; that the Chinese Communist Party (CCP) must approve all CI events and speakers; and that CI teachers cannot teach CCP versions of “Chinese history, culture and current events.”

None of the rules is fact-based, but if they become law, they will be one way to force CIs to close. There are still other ways, such as preventing CI teachers from obtaining a US visa, and using the National Defense Authorization Act for FY2019 to force universities to choose between continuing to receive defense department money and hosting a CI—a choice with a predictable outcome.

CIs are closing not because of poor performance or political intrigue but because of political pressure, sometimes from Washington and sometimes from academia. The pressure reflects ideological passion, however, not an investigation of actual circumstances. In the context of my work I have participated in nearly 100 interviews of CI and university officers and staff, and American teachers in communities with Confucius Classrooms. No one mentioned Chinese political interference. Academic freedom was not violated, financial dependence on China was not created, and China was not presented one-sidedly by its teachers. To the contrary, CIs performed exactly as promised. Besides promoting Chinese language and cultural learning in communities small and large across the country, each CI has taken on some additional or more specialized role, such as partnering with other community organizations on cultural themes, teaching noncredit on-line classes in addition to K-12 classes, or providing study abroad opportunities. The American interviewees uniformly expressed gratitude for their CI’s contributions to the community’s cultural awareness and students’ international competency.

Virtually all the accusations against CIs are based on isolated Chinese statements extolling China’s soft power, the opaque relationship between Hanban and China’s education ministry, or a rare charge of bias against Taiwan or Tibet. Behind the charges is the presumption that money and teachers coming from China give the Chinese Communist Party access to young American minds—in short, guilt by association, as in Senator Chuck Grassley’s advice to 74 universities and colleges which at that time (March 2020) were home to CIs, to seek an FBI briefing on “the threats posed by the Chinese Government” generally, and CIs specifically. “Based upon information gathered from unclassified briefings,” said Grassley, “we know that Confucius Institutes are an arm of the Chinese Government . . . The activities of Confucius Institutes are inherently political in nature and intended to influence U.S. policy and public opinion.”
Such warnings not only ignore the benefits of educational exchanges with China. They also confuse CIs with other Chinese activities that may be nefarious if proven. FBI and Justice Department officials have testified about threats posed to research labs and universities by researchers with “undisclosed ties to Chinese institutions and conflicted loyalties.” Other US officials are demanding highly detailed reporting from universities about foreign donations, with China especially in mind, in the belief they are sources of political influence. So far, however, the only “threats” concern undisclosed arrangements that some US biomedical professors with National Institutes of Health grants made with Chinese entities. Several of those professors have been punished. But as the president of MIT has said, the wide net cast by the US government in search of disloyal people has made anyone of Chinese ethnicity “feel unfairly scrutinized, stigmatized and on edge.”

What the administration is doing, in our name, is cutting off our nose to spite our face—denying communities, schools, and laboratories the opportunities for cultural enrichment, people-to-people interaction, and mutual understanding precisely at a moment when these are desperately needed. In past years China was accepted as an economic partner despite its communist system. Now we are back to McCarthyism. No wonder Beijing accuses the Trump administration of inciting a new Cold War—and is responding with its own exaggeration of the US threat. It’s a dangerous and unnecessary escalation that will be difficult for a new US leadership to get beyond, assuming it is so inclined.

Strange to have to make an argument about the value of learning a foreign language and knowing more about another country’s culture. Just a few decades ago that debate seemed to end with calls for “internationalizing” curricula in recognition of how our insular educational system was making students uncompetitive in the global marketplace. Now a huge backward leap is taking place with, of all countries, China. And it is being accompanied by an equally narrow-minded attempt by Betsy Vos’s education department to limit all foreign students’ time to pursue degrees and work in technical fields not being filled by Americans.
The Chinese educational authorities see the handwriting on the wall and in July reorganized their approach in the US, creating two new organizations to take the place of Hanban and CIs. But that step will not resolve the political issue: Whether or not a US entity may accept Chinese money for language and cultural learning without coming under official scrutiny.
——————————————-
Mel Gurtov, syndicated by PeaceVoice, is Professor Emeritus of Political Science at Portland State University and blogs at In the Human Interest.