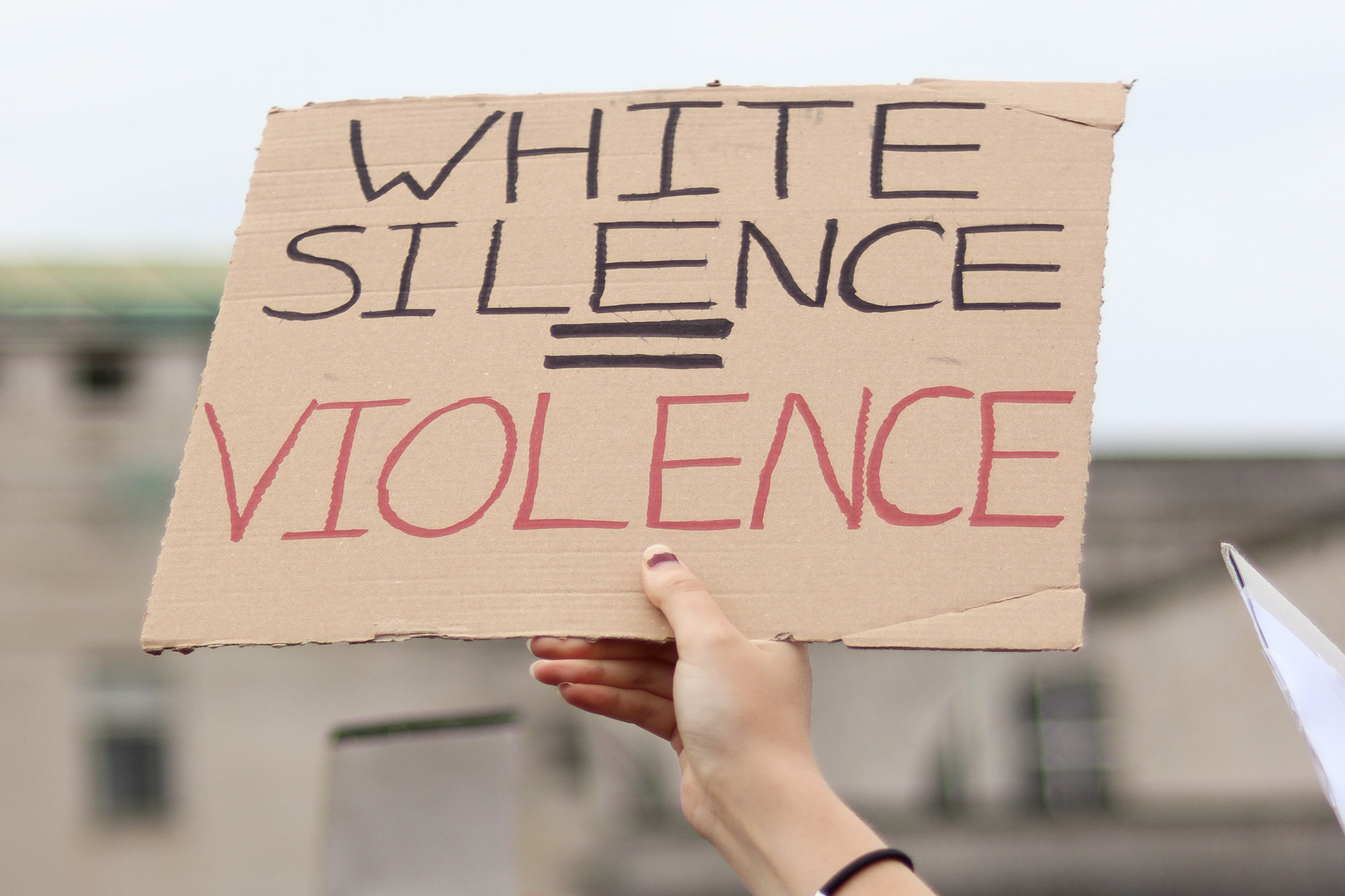 The test of a first-rate intelligence is the ability to hold two opposing ideas in mind at the same time and still retain the ability to function. One should, for example, be able to see that things are hopeless yet be determined to make them otherwise.  —F. Scott Fitzgerald

At this profoundly uneasy moment in the American story, when neither the president nor the vice-president has committed to accepting the results of the election, the authors of this piece, one a white man, the other a Black woman, thought it might be useful to write a piece together.

If our country is going to mature into its next phase, we citizens must hold in our minds two ideas which too many Americans consider opposed: first, that the American democratic experiment is still the last best hope of the world, exceptional, a “city on a hill;” and second, that to fulfill its promise or even to continue to be called a democracy at all, America must push for deep positive changes in its cultural, political, educational, economic, and religious institutions.

Both writers are old enough to recall Lynn Cheney’s tenure as head of the National Endowment for the Humanities, when she advocated aggressively for a more optimistic perspective on America’s past, telling off historians like Howard Zinn for what she considered an overly critical picture of our origins—origins that for Zinn included Columbus’s horrific ethnic cleansing of the indigenous Arawak peoples of the Caribbean. Behind Cheney’s rosy take on U.S. history is the false assumption that the only glue that will hold us together is “my country right or wrong.”

When Senator Sheldon Whitehouse comprehensively diagrammed the correlation between the millions of dark money being poured into assuring the confirmation of Amy Coney Barrett and the 80 recent Supreme Court cases resolved 5-4 for corporate interests, he was performing a profound act of critical patriotism—without abandoning his presumed allegiance to the American spirit of creative entrepreneurship.

Our civic culture does not encourage the mingling of patriotism and national self-criticism in a creative dialogue. In recent decades, at least as far back as the Vietnam-era “America: Love it or leave it,” right up to the president’s inability to categorically denounce white supremacy, uncritical and critical love of country have been assumed to be irreconcilable opposites.  Witness the outrage when Muhammed Ali said he had no quarrel with the Vietcong. Or when the (Dixie) Chicks were pilloried for saying that they were ashamed to come from the same state as the president who began the second Gulf war.

Or take the police. It’s not an either/or between supporting them or calling out  racism in their midst—it’s a both/and. There are many good, professional police officers—and the police are enmeshed in racist structures and attitudes. They need help with this like the rest of us.

Whites can learn a lot about love of country from those systemically excluded from that country’s benefits. In the most excruciating holding together of opposites, consider the depth of a Black patriotism forged in the fires of chattel slavery, mass denial of voting rights, lynching and terror, chronically unequal educational resources, red-lining,  mass incarceration, and police murder.  Consider that it is the movements for the rights of those excluded—African-American, indigenous peoples, LGBTQ people—that hold this nation to its espoused values and demand that those values be expressed through laws, policies, and practices.

In response to the devastating images of extrajudicial killings of Black people we are amidst a resurgent and evolved civil rights movement, Black Lives Matter, that once again demands adherence to proclaimed American values.  And as with previous movements many whites have at last put their bodies on the line and accompanied Blacks into the streets in protest. Yet as has become sadly predictable, white racism has projected into the simple slogan that galvanizes and summarizes a movement, the assumption of a threatening exclusivity, labelling it identity politics. This assumption ignores the truth that the movement is only one aspect in the work of Blacks toward full inclusivity in the American fabric. It is easy for many to carelessly place the emphasis in the simple slogan “Black Lives Matter” on the word Black rather than on the word Matter. No Black leader claims only Black lives matter, but rather that Black lives must also matter.

The championing of a racial hierarchy by our bigot-in-chief and his enablers advances the concept of a zero-sum game with the core American value that all are created equal and that the work of our democratic republic is to assure the full expression of that reality. Those who make inclusivity impossible make identity politics inevitable. Too many white people cannot admit into the same mental space both love of country and the reality of how much they benefit from ingrained concepts of white supremacy enshrined in laws, practices, and assumptions in ways that require some hard rethinking of their identity.

The brittle patriotism of whites who feel threatened by the looming certainty that they will soon be a minority in our country provides much of the energy behind the cult of Trump. Whatever constructive structural changes we may make to our system after he goes, none will be more important than those that result in racial equity and acknowledgement of entrenched white privilege. Black Lives Matter is nested in a bigger context: Democracy Matters.

If the Trump administration dares to question the results of the election, it will be a moment to take to the streets peacefully—Blacks, whites, all who love our country while at the same time knowing we can and must do better. And when this national nightmare that is the current administration is finally over, it will be past time for us all to come together to engage in the difficult and continual work to achieve our country.

Jennifer Davis Carey has held various positions in education and lives in Worcester MA. Winslow Myers, the author of “Living Beyond War: A Citizen’s Guide,” serves on the Advisory Board of the War Preventive Initiative.