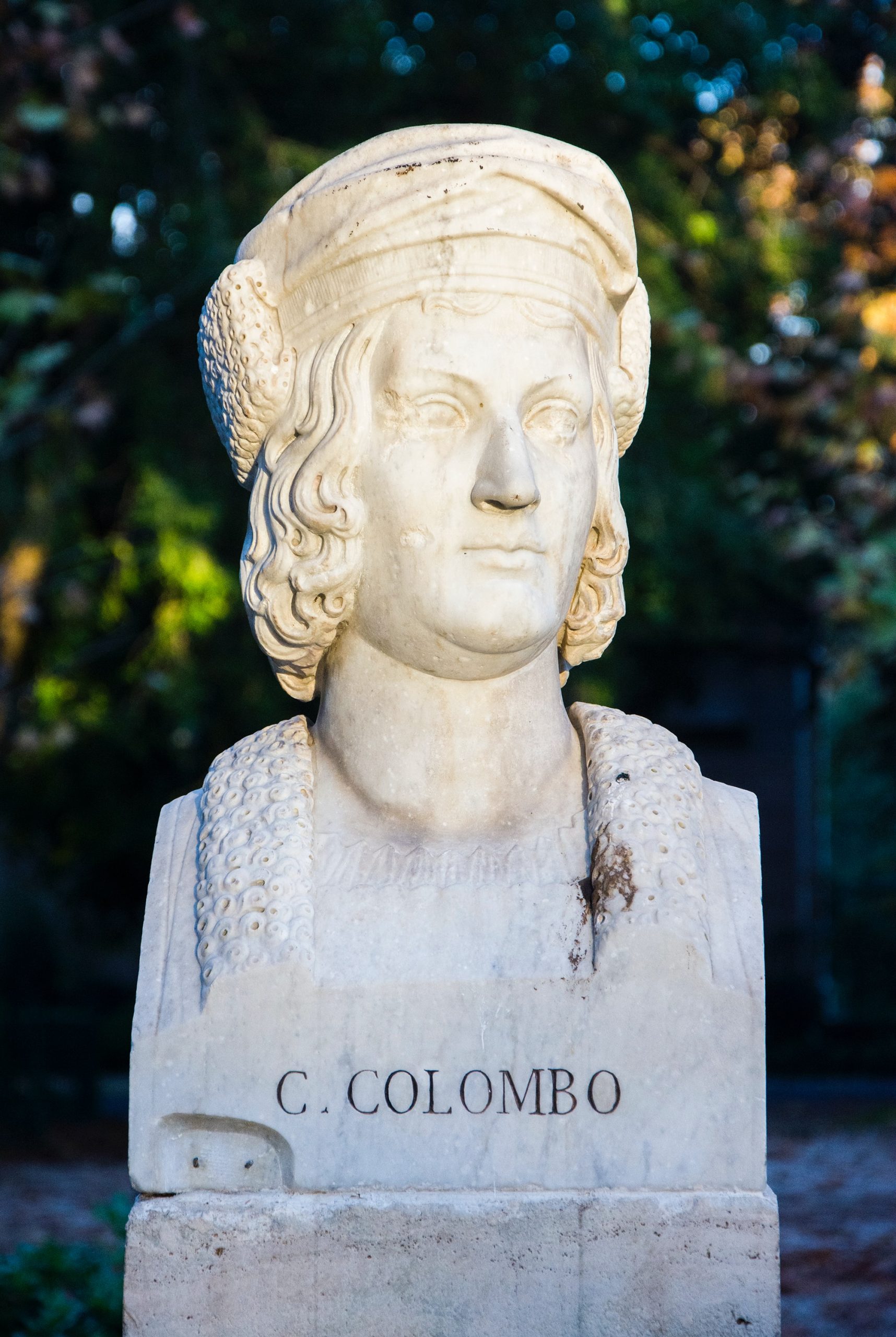 Before the fake holiday known as Columbus Day completely disappears for another year, I want to grab hold of it for a moment and look at what it really has to offer us: a dizzying dose of historical realism.

We’re not who we think we are. The social order in which we find ourselves is far more the result of dominance and dehumanization than principled integrity — a reality that demands deep introspection, not celebratory lies and a silent shrug as the worst of who we are continues.

The scariest part about the legacy of Columbus, and Europe’s “Age of Discovery” — ah, the white men break out of their cage and find the rest of the world — is that it’s still alive. And while there’s a growing demand that we should dump Columbus Day as a national holiday and replace it with Indigenous Peoples’ Day, I think something else is necessary as well: We need to look deeply at the legacy of Columbus and begin to own it. No more whitewash!

Imagine, for instance, if as a fourth grader, instead of being taught to sing “In fourteen hundred ninety-two, Columbus sailed the ocean blue,” you were given a couple paragraphs from History.com to read:

“Like many European explorers, Christopher Columbus encountered indigenous people throughout his voyages. There are three main sources of controversy involving his interactions with the indigenous people he labeled ‘Indians’: the use of violence and slavery, the forced conversion of native peoples to Christianity and the introduction of a host of new diseases that would have dramatic long-term effects on native people in the Americas.

In an era in which the international slave trade was starting to grow, Columbus and his men enslaved many native inhabitants of the West Indies and subjected them to extreme violence and brutality. . . .

On his first day in the New World, he ordered six of the natives to be seized, writing in his journal that he believed they would be good servants. Throughout his years in the New World, Columbus enacted policies of forced labor in which natives were put to work for the sake of profits. Later, Columbus sent thousands of peaceful Taino ‘Indians’ from the island of Hispaniola to Spain to be sold. Many died en route.

It goes on and on, of course. The primary necessity here, as far as I’m concerned, is not condemnation (half a millennium later) but something far more troubling. It is asking: How is this legacy still alive?

The United States of America is a child of the Age of Discovery. It emerged from a value system based on dominance, exploitation, enslavement and murder of “the other” — not . . . uh, Christian love. This is not what we acknowledge when we salute the flag, but it should be.

By officially ignoring the worst of our true legacy, by pretending that “liberty and justice for all” and other platitudes are the bedrock of the nation, we create a world where such values have no chance to actually prevail. Indeed, we create the world in which we now find ourselves: a world of unending wars and the ever-present possibility of nuclear Armageddon . . . a world in which, just for instance, the president could wind up starting a nuclear war while he’s playing golf.

We do have other values, but I would say, at best, we tolerate them reluctantly, and sometimes not at all. Consider the way in which iconic civil rights and anti-war activists are often treated, e.g., Martin Luther King, whose official national holiday represents precisely the opposite of Columbus Day. Throughout much of his career as a purveyor of powerful, nonviolent change, King was Bad Guy No. 1 to J. Edgar Hoover and the FBI, which had him under endless surveillance.

Here, for instance, is a bizarre memo written by the agency’s domestic intelligence chief in 1963, several days after King had delivered his “I Have a Dream” speech: “We must mark him now, if we have not done so before, as the most dangerous Negro of the future in this Nation from the standpoint of communism, the Negro and national security.”

A year later, the agency actually tried to blackmail King into committing suicide, sending him a phony letter, alleged to be from a black former supporter, along with a box of tapes of him having extramarital sex. The letter ended: “King, there is only one thing left for you to do. You know what it is. You have just 34 days in which to do (it) . . . . You are done. There is only one way out for you. You better take it before your filthy, abnormal, fraudulent self is bared to the nation.”

This is what the real America looks like. Not surprisingly, Donald Trump, U.S. president and supreme leader of the country’s white supremacists, prefers the pretend America, professing as much in a proclamation he issued this year on Columbus Day.

“Sadly, in recent years, radical activists have sought to undermine Christopher Columbus’s legacy,” Trump told the nation. “These extremists seek to replace discussion of his vast contributions with talk of failings, his discoveries with atrocities, and his achievements with transgressions. Rather than learn from our history, this radical ideology and its adherents seek to revise it, deprive it of any splendor, and mark it as inherently sinister.”

Trump’s radical activists, of course, include the website History.com. In pretend America, come on, the legacy of Columbus is rife with splendor. Slave trade? Genocide? Armageddon? Never heard of it!

This America is now up for vote.