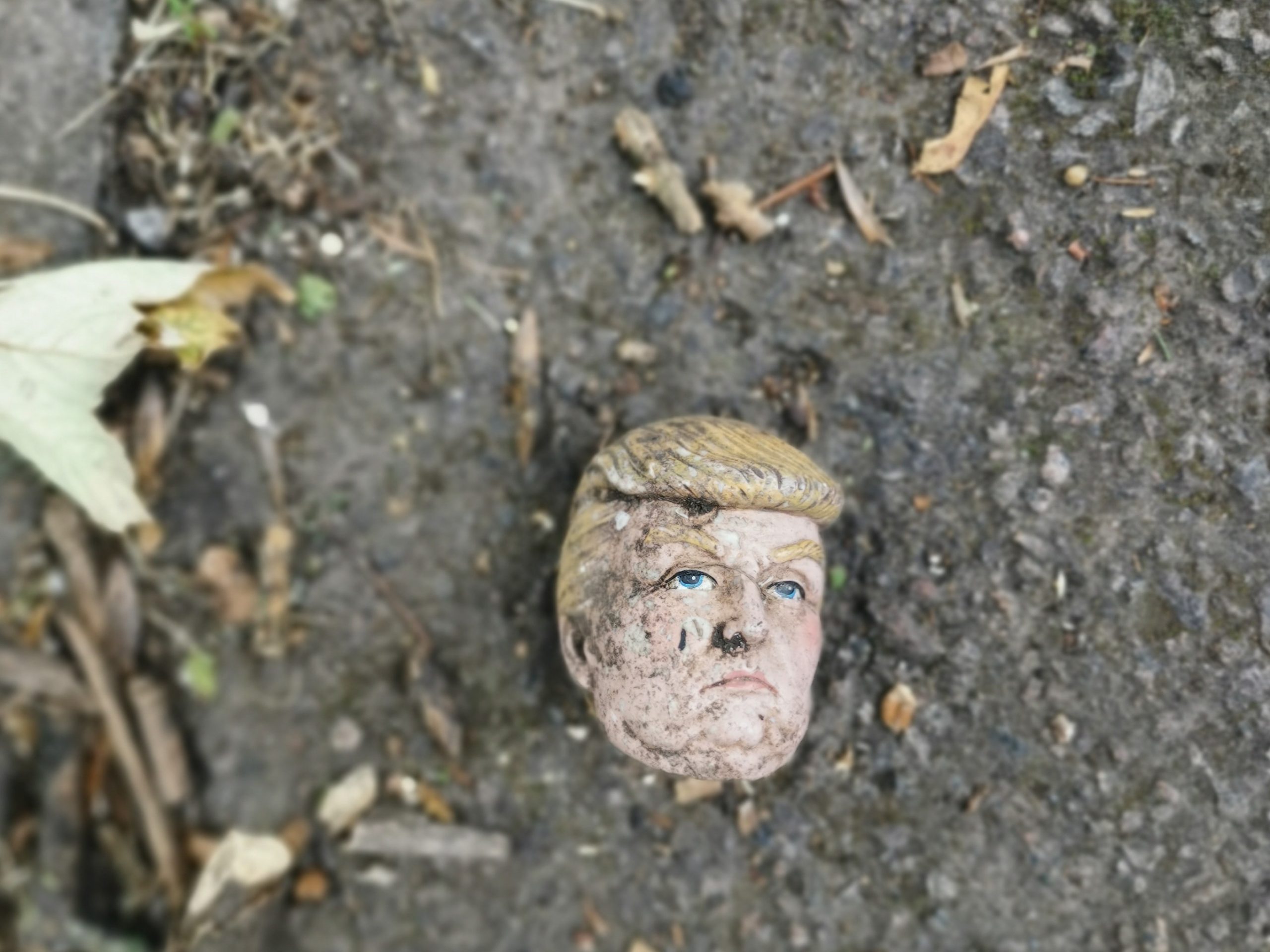 I consider myself a caring person who does not like to see suffering in others. That includes human suffering but also extends to other sentient beings and creatures that may or may not experience pain as we understand it. I cringe to see animals who have become roadkill victims, and I capture crickets and spiders in my home to put them outside rather than killing them. I even brake for rattlesnakes, or at least take measures to relocate ones I’ve found on my property instead of clubbing them to death with a shovel.

The toll of Covid-19 deaths in the world and in this country disturbs me greatly and shows no signs of becoming ‘normalized.’ That includes the suffering of the multitudes  who may not die but experience lasting effects of this insidious virus.

But I have to wonder if I am alone or in a small, callous minority in declining to wish Donald Trump well in his battle with the coronavirus. I can’t even watch the news and listen to every anchor, moderator and pundit piously lecture us that Trump’s illness goes beyond politics and obviously necessitates an expression of prayers, good wishes and compassion for the president and his family.

Do you mean the same family that attended the Cleveland debate and removed their masks, against the rules and the exhortations of medical staff at the Case University venue, endangering others needlessly to score political points? Do you mean the same president who certainly knew his close adviser and confidante Hope Hicks had tested positive and still traveled to his Bedminster resort on Thursday, where he mingled closely with aides, staffers, Secret Service—and donors who had paid thousands to attend so they could wind up being exposed to a virus Trump has known for months is deadly and extremely contagious?

Are we talking about that same president who has discouraged use of masks and social distancing, mocked those who wear masks, intentionally played down the virus, restricted federal efforts at a national policy to provide PPE and adequate testing and manipulated the CDC to misinform the American public, prompting numerous epidemiologists and other experts to estimate he is responsible for thousands of unnecessary deaths from Covid-19?

The same president who is getting extraordinary, cutting-edge treatment at taxpayer expense from the same American public whose health care he is scheming to take away with a years-long effort to kill the Affordable Care Act, including by railroading through the Senate an inappropriate and outrageous Supreme Court nomination that has now become physically dangerous to members of the Senate, staffers and journalists if the process adheres to the schedule Mitch McConnell and he have concocted to accomplish the confirmation before Election Day in one of the most dirty hypocritical tricks in American history (McConnell re: Merrick Garland, “The people should have a voice.”)?

That Donald Trump, who has gutted the Environmental Protection Agency, turned the Justice Department into his private, in-house law firm hellbent on freeing felons and punishing his enemies? The Donald Trump who has sold out the planet, rolling back myriad environmental regulations and withdrawing from the Paris Climate Accord, not to mention the Iran nuclear deal that was succeeding in keeping us safer? The president who has authorized ICE to separate immigrant families and put children in cages, resulting in numerous deaths due to their negligence?

The same incumbent president who has worked to starve the U.S. Postal Service so it will struggle to deliver mailed ballots at the same time he has repeatedly undermined the legitimacy and credibility of voting by mail with irresponsible and unsupported claims of fraud?

The only president in our 200-plus-year history who has declined to say if he will accept the results of a presidential election, who uses dog whistles and tells violent, ultra-rightwing and white supremacy groups to “stand by” in the event of a contested election or other unrest?

The president who has spoken about deserving a third term (after he rigs the system to steal the second), because he has been treated ‘so unfairly’ by the media he constantly accuses of creating ‘fake news’?

The president who defends police brutality and vigilante violence against protesters, refuses to condemn white supremacists and orchestrates attacks by federal forces on peaceful protesters, including clearing a public park without warning with use of teargas and projectiles to facilitate a  photo op for himself waving a bible in front of the church across from the White House?

The president who endangers his most loyal supporters with campaign rallies, many of them indoors, lacking adherence to safety guidelines in a pandemic, even where local authorities have pleaded with him to desist or take the events elsewhere?

The president who mocks the disabled, slanders, heckles and demeans his opponents, insults women, a number of whom have accused him of assaulting them, and labels soldiers and prisoners of war who gave their lives for their country “suckers” and “losers”?

But, the counter-arguments run, he is a human being, he is a victim who deserves sympathy, he’s the president of the United States, and his illness creates a grave national security crisis, so we must wish him well because it is the humane and patriotic thing to do.  To which I find myself responding that his quick and full recovery will not rescue national security from hostile foreign actions because he solicits them to his benefit and because he, himself, is our greatest threat to national security. If his path to re-election is eased it will only enable him to further dismantle our democracy and continue to advocate policies that will bring more suffering and deaths from Covid-19, from neglectful response to and denial of human-caused climate change, from inhumane treatment of immigrants and systemic racial injustice toward minorities across the entire civil rights spectrum, from blatantly unfair economic policies that enrich the wealthiest Americans and bring suffering and deprivation to the rest of us.

So I don’t wish Donald Trump well, and I don’t think my lack of compassion for him, his family and his enablers is a failing of human compassion but rather a necessary response to preserve the Union and to avoid, among other calamities, further catastrophic loss of life and degradation of the planet’s ecosystems.

I don’t wish his death, and likely martyrdom, but I wouldn’t mind a bit if he gets a good taste of the vicious virus he has downplayed and denied, and if it impedes his re-election effort and his stamina or capacity to contest or otherwise tamper with the election.  I wish him a very pleasant convalescence–initially at Mar a Lago and then at whichever federal prison he is assigned.

Steve Klinger, syndicated by PeaceVoice, is a veteran community journalist and college English instructor based in southern New Mexico.