An Open Letter to the National Democratic Leadership 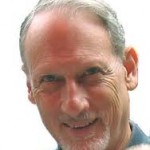 “When Joe Biden announced that Kamala Harris would be his VP pick, Donald Trump immediately began criticizing her as being too far left…”

For the full article:
An Open Letter to the National Democratic Leadership
386 Words
By Peter Bergel

When Joe Biden announced that Kamala Harris would be his VP pick, Donald Trump immediately began criticizing her as being too far left. I hope the leadership of the Democratic Party does not decide that this criticism of Trump’s needs to be answered by pressuring her to move further toward the center.

There is a substantial body of people in the Democratic Party that is left of center, as the enthusiastic support for Bernie Sanders showed. Those of us who supported him gave the Party more interest and excitement than it has had in years. We deserve to be represented. Kamala Harris is the very least we deserve.

When the Biden/Harris ticket wins in November, as I believe it will, we will be watching very closely to see that what the Democratic leadership does that goes beyond pretty speeches and representation on the convention floor. We want to see major change on issues ranging from climate change to racial inequality to income inequality to endless wars and nuclear weapons to health care and much more.

If the party is scared of the power wielded by corporate elites and the very rich, we expect action to remove the influence of money from our political process. If the Democrats do not deliver on the center-left agenda that should define the party’s policies, expect people like me to be out in force putting as much pressure on them as we ever have on Trump and his administration.

We will no longer be silent in the face of inaction on critical issues as we often were in the Obama years, colluding with his administration as he delivered far less than he promised.

In the wake of the COVID epidemic, the movement to ensure that Black Lives Matter, the inadequacies revealed in our health care system, the movement to address climate change and the growing disgust our people feel for the U.S.’s ongoing foreign wars and international bullying, the time has come for system-wide changes.

Our loyalty is not to a party nor to a candidate. It is to seeing America become a better, more equal, more respect-worthy nation that is fulfilling its promises to all its people and to the rest of the world. The Democratic Party must be a means toward this end in order to command our ongoing support.
~~~~~~~~~~~~~
Peter Bergel is a life-long activist, nonviolence trainer and peace musician. He is a retired director of Oregon PeaceWorks and other progressive organizations.