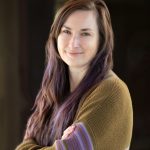 “Using a war narrative to talk about COVID-19 plays into the hands of white supremacist groups. U.S. officials and the media should stop it…”

For the full article:
Trump is not a wartime president — and COVID-19 is not a war
668 Words
By Kristin Henderson

Using a war narrative to talk about COVID-19 plays into the hands of white supremacist groups. U.S. officials and the media should stop it.

Fighting a war is not an appropriate metaphor for navigating the COVID-19 pandemic. Framing this crisis as a war puts Americans at greater risk of violence in their own communities. In the midst of this pandemic, far-right extremists are staging armed protests, while targeted racial attacks are on the rise.

War is inherently divisive, built around a good “us” versus bad “them” mentality. President Trump’s racist mislabeling of COVID-19 as the “Chinese virus,” coupled with his war metaphor is demonstrably dangerous. By blaming COVID-19 on China, he is signaling that they are the enemy of this “war.” As a result, hate crimes and violence against Asian Americans have surged.?

Calling attention to racial differences and vilifying nonwhite groups is standard practice for most far-right extremists. Khury Petersen-Smith of Institute for Policy Studies draws the connection, asserting that President Trump is embracing far-right talking points when discussing the virus.

Not only is our president echoing far-right sentiment, he has also been accused of encouraging far-right violence and fomenting domestic rebellion. Online extremists view his recent ‘LIBERATE’ tweets as a call to arms. Ignorance and indulgence in conspiracy theories — both of which Trump is regularly guilty — will not benefit Americans.

A global pandemic and an imagined war beget uncertainty and fear, both of which are textbook recruitment tools for far-right extremists. The Southern Poverty Law Center (SPLC) has reported that these groups view the pandemic as an opportunity to expand their ranks. As Cassie Miller of SPLC explains, “these far-right extremists are arguing that the pandemic, which has thrown into question the federal government’s ability to steer the nation through a crisis, supports their argument that modern society is headed toward collapse.” Many of them subscribe to accelerationism — a fringe philosophy that promotes mass violence to hasten the collapse of our society. In online chat forums, these groups frequently discuss plans to use the virus to infect people of color and target medical facilities.

Disturbingly, we can see this discourse playing out in real time. Recently, a well-known far-right figure planned an attack on a Missouri hospital treating COVID-19 patients. He was subsequently killed in a shootout with the FBI. White supremacist terrorists also planned to fill spray bottles with COVID-19 infected saliva and use it as a bioweapon to target people of color according to intelligence briefings by federal law enforcement.

Violent white extremists view this pandemic as an opportunity, and they are eager to take it. Ginning up sentiments of war emboldens them. Such rhetoric is dangerous and can lead to more deaths. One of the most important things we can do, right now, to stymie these groups is to reject the war metaphor and talk about COVID-19 in a more accurate way.

U.S. officials and the media should adhere to accuracy and transparency when sharing information about the virus and its impact. It is okay to admit what we do not know. In line with a feminist perspective, leaders should be speaking in terms of solidarity and interdependence, not division and fear. They should also be pushing back against separation ideologies. During a pandemic, we have no choice but to rely upon one another for our individual safety. Mainstream media outlets ought to be reminding Americans that we are in this together, and highlighting examples of collective action that has slowed the spread of the virus.

Saving lives is the most important thing we can do in response to this crisis. Messaging matters, and a message of war does not save lives. A war, after all, implies a violent fight between groups leading to large number of casualties. White supremacists are seizing on this pandemic and the war narrative to justify their violence and bolster their ranks. But this pandemic is not a fight between people. This is a challenge for all of humanity to overcome united.?
~~~~~~~
Kristin Henderson is the Project Manager for War Prevention Initiative based in Portland, OR.