Fouling Our Own Nest & Draining Our Wallets: It’s Time to Divest from Endless Wars 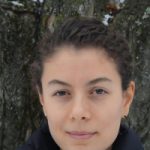 “Just one month into a new decade, we face an ever-increasing risk of nuclear apocalypse. The U.S. government’s assassination of Iranian General Soleimani on January 3 intensified the very real threat of another all-out war in the Middle East. On January 23, the Bulletin of the Atomic Scientists accordingly reset the Doomsday Clock to just 100 short seconds to midnight, apocalypse…”

For the full article:
Fouling Our Own Nest & Draining Our Wallets: It’s Time to Divest from Endless Wars
682 Words
By Greta Zarro

Just one month into a new decade, we face an ever-increasing risk of nuclear apocalypse. The U.S. government’s assassination of Iranian General Soleimani on January 3 intensified the very real threat of another all-out war in the Middle East. On January 23, the Bulletin of the Atomic Scientists accordingly reset the Doomsday Clock to just 100 short seconds to midnight, apocalypse.

We are told that war is good to protect us from the “terrorists” but the return on the U.S. taxpayers’ $1 trillion a year investment in “defense spending” was slim to none from 2001-2014, when terrorism peaked. According to the Global Terrorism Index, terrorism actually increased during the so-called “war on terror,” at least up until 2014, finally slowing now in numbers of deaths but actually increasing in terms of numbers of countries suffering terror attacks. Countless journalists, federal intelligence analysts, and former military officials have suggested that U.S. military interventions, including the drone program, may actually cause an increase in terrorist strength and activity, generating more violence than they prevent. Researchers Erica Chenoweth and Maria Stephan have demonstrated statistically that, from 1900 to 2006, nonviolent resistance was twice as successful as armed resistance and resulted in more stable democracies with less chance of reverting to civil and international violence. War does not make us more safe; we are impoverishing ourselves by hemorrhaging taxpayer dollars on far-away wars that traumatize, wound, and kill our loved ones, along with millions of unnamed victims abroad.

Meanwhile, we’re fouling our own nest. The U.S. military is among the top three largest polluters of U.S. waterways. The military’s use of so-called “forever chemicals,” such as PFOS and PFOA, has contaminated groundwater in hundreds of communities near U.S. military bases at home and abroad. We hear about notorious water poisoning cases like Flint, Michigan, but very little is said about the public health crisis unfolding within the U.S. military’s widespread network of over 1,000 domestic bases and 800 foreign bases. These toxic and potentially carcinogenic PFOS and PFOA chemicals, which are used in the military’s firefighting foam, have well-documented health impacts, such as thyroid disease, reproductive disorders, developmental delays, and infertility. Beyond this unfolding water crisis, as the world’s largest institutional consumer of oil, the U.S. military is the biggest contributor to global greenhouse gas emissions. Militarism pollutes.

While we’re poisoning our waters, we’re also draining our wallets. Thirty million Americans don’t have health insurance. Half a million Americans sleep out on the streets every night. One in six children live in food-insecure homes. Forty-five million Americans are burdened with more than $1.6 trillion of student loan debt. And yet we sustain a war budget as large as the next seven largest military budgets combined if we use the US military’s own figures. If we use actual figures that include non-Pentagon budget military expenditures (e.g., nuclear weapons, which are paid for out of the Department of Energy budget), we learn that the actual US military budget is more than double what the Pentagon official budget is. Therefore, the US spends more on its military than all the other militaries on Earth combined.

Our country is struggling. We hear it repeatedly throughout the 2020 presidential race, whether from the democratic hopefuls or from Trump, many candidates harken back to talking points about the need to fix our broken and corrupt system, although admittedly their approaches to system change differ widely. Yes, something has run amok in a country with seemingly endless trillions for a military that’s never been audited, but scarce resources for everything else.

Where do we go from here? Number one, we can withdraw our support for reckless military spending. At World BEYOND War, we’re organizing divestment campaigns around the world to give people the tools to divest their retirement savings, their school’s university endowments, their city’s public pension funds, and more, from weapons and war. Divestment is our way of bucking the system by saying that we won’t fund endless wars with our private or public dollars anymore. We led the successful campaign to divest Charlottesville from weapons last year. Is your town next?
~~~~~~~~
Greta Zarro is Organizing Director of World BEYOND War, and is syndicated by PeaceVoice.