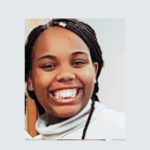 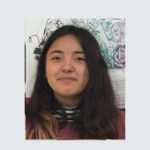 On Friday, February 22, 2019, Sunrise Bay Area, Youth Vs. Apocalypse and Earth Guardians Bay Area Crew gathered together for a rally held outside of Senator Feinstein’s office in San Francisco in an attempt to persuade her to vote yes on the Green New Deal.

We attended the rally at Feinstein’s to show support and help in whatever ways we could as this movement is one that matters to us and our future– we hadn’t planned to talk with Feinstein directly. In spite of this, when the opportunity presented itself YVA and Earth Guardians accepted gladly and were more than excited when we learned that we would actually be allowed into her office to speak to her personally. For us at least, this excitement turned quickly into fear as our peers and Senator Feinstein began to converse.

This fear was not because we felt that we were being “Taught a lesson” or “Told off”. It was because we could see ourselves talking to our future grandchildren about what breathable air used to be like. We could see workers in impoverished communities whose children’s lives depended on risking their own. We were afraid because, at that moment, we could see the world around us shrinking – becoming something small and unimportant, and with it so did we.

However, we only felt this way. As we sit here and write this piece, we know that we are not small and we are definitely not unimportant. Our words speak for all youth, as we demand a future. And that future will only be possible through the Green New Deal. Because as we advocate for the Green New Deal, we are also advocating for the future of our Earth and all of its inhabitants. A promised future. The future we deserve. Because the adults that decide our future, got theirs. So who are they to cancel ours?
We are not fighting for the Green New Deal because we are brainwashed youth or because we are being manipulated and used for political gain. We fight for the Green New Deal because we are in charge of our future, and know exactly what it means. It lies in our hands, only ours. It is our future, whether or not elected officials like that and the only way to protect what belongs to us is through bold and transformative action.

We cannot separate ourselves from all the animals, plants and all other life because we are all interconnected. We are all affected by the destructive aftermath of climate change. Just because we are human, it does not negate the fact that we are also in danger because of our actions. We are in also in danger from inequality and lack of economic opportunity. We can’t leave behind anyone.
That is why we believe in the Green New Deal, and we know what the Green New Deal is. We have read it and we understand it because we know exactly what we have to do to secure our future. Youth have a right to be in this conversation because in the long run, this is more than a debate. It is our life and future.

~~~~~~~~~~
Samantha and Angelica write for PeaceVoice, are Oakland students and members of the youth-led climate justice group, Youth Vs. Apocalypse. To contact their adult advisor: carolyn@350bayarea.org