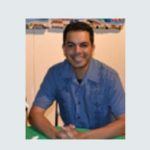 “On December 10, I stood at the U.S.-Mexico border alongside hundreds of faith leaders to protest the cruel and unjust treatment of migrants and the militarization of our border communities…”

For the full article:
We need to stand for border communities and vulnerable migrants seeking refuge
729 Words
By Pedro Rios

On December 10, I stood at the U.S.-Mexico border alongside hundreds of faith leaders to protest the cruel and unjust treatment of migrants and the militarization of our border communities. As I watched Border Patrol agents arrest reverends, imams, rabbis, Quakers, and other people of faith, I thought back to what I witnessed a few weeks earlier.

I was near the San Diego border crossing when I saw Border Patrol agents fire tear gas canisters and flash bang grenades into a crowd of migrants gathered nearby. I saw a low-flying Customs and Border Protection helicopter use its rotors to push plumes of tear gas into a canal where many migrants had gathered. Even though I have been working to support and protect migrants and border communities for many years, I continue to be disturbed and horrified by these clear and egregious violations of people’s dignity and human rights.

These aggressive actions by federal agents were clearly intended to debilitate migrants, including children. But they also are part of a manufactured crisis the Trump administration is peddling – a false narrative that border communities are out of control that’s being used to justify more money for a needless border wall and deadly detention and deportation measures.

The consequences of this political posturing are devastating and dangerous, for migrants, for those of us who live in border communities, and for all residents of this country whose tax dollars are being diverted from programs that sustain communities to a militarized border that serves no one.

Border communities are feeling these impacts. According to the San Ysidro Chamber of Commerce, in the five hours that the cross-border traffic was stopped, more than $5.3 million were lost in revenue, just in San Ysidro.

Over the past four decades, policies under every presidential administration have systematically militarized southern border communities, criminalizing millions of immigrants and creating repressive conditions from California to Texas and beyond.

Just a week before the Border Patrol tear gassed migrants at the border, a Border Patrol agent was found not guilty for shooting and killing 16-year-old Jose Antonio Elena Rodríguez through the Nogales border fence in 2012, solidifying a message that Border Patrol agents can operate with impunity. And just days ago, a 7-year old girl from Guatemala died in Border Patrol custody from dehydration and shock.

The escalation of these policies – and the demand for billions of dollars to expand them – could lead to more disturbing cases like that of Jose Antonio Elena Rodriguez and Jackeline Caal.
This increased militarization coincides with dramatic efforts by the Trump Administration to restrict people’s ability to access asylum and curtail other forms of immigration. These artificially created bottlenecks in the asylum process are creating a humanitarian crisis. In Tijuana alone, there are more than 7,000 people waiting to present themselves at a port of entry, many of whom are vulnerable to safety issues.

People fleeing violence in Central America and elsewhere should be able to present themselves to immigration authorities to express their fears – not illegally turned away or criminalized for entering between ports of entry to seek refuge and asylum.
And deploying law enforcement or military personnel to the southern border – or giving additional spending authority to these agencies – endangers the rights of migrants and residents of border communities, wastes taxpayer dollars, and does nothing to make us safer.
This political posturing by the Trump Administration is dangerous because it sets a precedent that suggests militarization is an appropriate response to people seeking sanctuary. By influencing public opinion and normalizing the idea that is acceptable to criminalize migrants, real humanitarian needs are going unmet and lives and livelihoods are being destroyed on both sides of the border wall.
We don’t have to accept this reality. It is critically important that we confront the immorality of gassing and denying passage to the most vulnerable with principled action of our own. We can offer support and solidarity with those facing persecution. And we can demand that Congress take a stand by cutting funding for Immigration and Customs Enforcement and Customs and Border Protection.

More than 400 people of faith traveled to the border on Monday and put their bodies on the line to lift up the message that love knows no borders. But our efforts must not stop there. Upholding the dignity of border communities and those seeking sanctuary depends on everyone’s bold and courageous actions.
~~~~~~~~~~~
Pedro Rios is the director of the American Friends Service Committee’s U.S.-Mexico Border Program, based in San Diego.