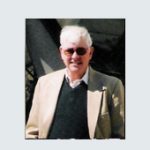 “Picture War, with a capital W, as a giant tree. The branches are the individual wars, some great like WWII and some just twigs, small skirmishes. These are supported by a great trunk which is…”

For the full article:
The War Tree
566 Words
By Kent D. Shifferd

Picture War, with a capital W, as a giant tree. The branches are the individual wars, some great like WWII and some just twigs, small skirmishes. These are supported by a great trunk which is, of course, rooted in the ground. The trunk comprises all the institutions that support war: most obviously standing military forces, but also the schools (ROTC, teaching a distorted version of history as a string of wars), the veterans’ organizations, the think tanks, the great corporations that supply the war materiel, the religious organizations that justify War, even our sporting and entertainment organizations. The roots are a set of beliefs about war, namely that it is we have always had it, it’s inevitable, it’s human nature, that it protects our freedom and security, that it’s ennobling, it’s a right of sovereign nations, etc. Because of this mind-set most people support War even though they may hate it. We live in a culture of war, founded on ideas and beliefs, supported by almost every social institution, and it continually yields hot wars. Roots, trunk, branches.

Ever since the first peace organization was founded in 1816, people have been hacking at the branches. Some peace groups oppose particular kinds of weapons: e.g. nuclear weapons, or ICBMs, or land mines, or cluster bombs. Some peace groups are working on the overseas bases branchlet. Others on reducing the military budget or ending NATO, or fixing the UN Charter, getting a nuclear arms ban, and on and on. And there are those who are working to stop the war de jour, or to prevent tomorrow’s war de jour. I cannot fault them, but I wonder—why has all this anti-war, pro-peace activity not worked? Why do we still have many awful wars going on around the world? Has the peace movement failed because it focused on the wrong things? Has it failed because it has focused on the branches and the trunk and not on the roots that nourish them? I think so.

Have we not taken to heart the insight of the Preamble to the UN Charter: “War begins in the minds of men?” Ending a particular weapons system, stopping the transit of war games convoys, closing foreign bases, defeating an aggressor, will never stop War. Whatever momentary anti-war cause we run off to support today, there will be another tomorrow, and another the next day, and another. If the old anti-slavery abolitionists had worked just to close down one plantation, or to limit the use of the whip to just a few lashes, or to get better food for the slaves, we would still have slavery. It had to be outlawed. No partial project will work; only the totality of an Abolition Movement will suffice to end War and all the individual wars it generates.

We must stop hacking at the branches and the trunk. Cut them off and they will grow back. We need to uproot the tree. That means to persuade people that the myths a we hold about war are just that, that War makes us less secure, and that there are other ways to manage conflict that make us more secure. It means to stop saying “No” and to start saying “Yes.” It means to place before them a positive peace system. And that is a long-term project so the sooner we all focus on that, the sooner we end War.
~~~~~~~
Dr. Kent D. Shifferd, syndicated by PeaceVoice, is the author of From War to Peace: A Guide to the Next Hundred Years and former Executive Director of the Wisconsin Institute for Peace and Conflict Studies.