Questioning our Declaration on Human Rights 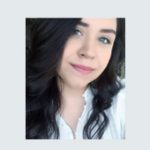 “The four-year-old girl was swept up, along with her mother, into an immigration detention center in Dilley, Texas…”

For the full article:
Questioning our Declaration on Human Rights
845 Words
By Samantha Banuelos

The four-year-old girl was swept up, along with her mother, into an immigration detention center in Dilley, Texas. Conditions were so unhealthy that the little child lost almost 20 percent of her body weight from vomiting and diarrhea yet medical care was so inept that the mother was told the girl had bulimia. Mothers learn not to bother bringing sick children to receive medical care. Everyone just suffers.

So are human rights obsolete?

The world doesn’t seem to think so. But we find human rights under attack, being violated, in many places. We do not wish to believe our country, the land of unalienable rights, is one of those places. How can we prevent such violations?

Our United States of America’s Declaration of Independence states “We hold these truths to be self-evident, that all men are created equal, that they are endowed by their Creator with certain unalienable Rights, that among these are Life, Liberty and the Pursuit of Happiness.” The Declaration of Independence is a document that Americans uphold to the highest standard, yet the words in that sacred sentence continue to be violated along the United States/Mexican border.

Before immigrants even cross the border into the United States, they are faced with situations that no human being should ever have to experience—often originating in flight from brutal cartels or corrupt armed forces. They are then exposed to intense temperatures, threat of assault, lack of water, and exploitation. To add to the gratuitous cruelty, Border Patrol officers have been caught dumping water canteens left in the vast desert stretches by immigration activists and humanitarian organizations.

Ewing states that “Prevention through deterrence” is a tactic used by immigration enforcement officers to “redirect the flow of unauthorized immigrants into ever-more isolated and dangerous terrain with the explicit aim of placing them in “mortal danger.” The result: 5,287 pointless deaths of border-crossers from 1998 through 2008.”

Suddenly the words “certain unalienable rights, that among these are Life, Liberty, and the Pursuit of Happiness” no longer apply to people who grow up outside of the United States borders. Immigrants are being rounded up like cattle and given the worst possible detention conditions. Mothers and their children sleep on the concrete floors of cells with one blanket to share between them. Men stay huddled together outside in freezing temperatures deprived of food and water. The conditions they are forced to live in while at these detention facilities are severe violations of the human rights the United States says they uphold.

Now, of course, Jeff Sessions and Donald Trump have decided to take babies from their mothers’ arms at the border. Did the US really sign that Universal Declaration of Human Rights?

According to the U.S Customs and Border Protection website, the agency is exists to:

“To safeguard America’s borders thereby protecting the public from dangerous people and materials while enhancing the Nation’s global economic competitiveness by enabling legitimate trade and travel.”

Growing up the daughter of hard-working, law-abiding immigrants, I would always hear of stories of the suffering people experienced along the border. My parents are not “dangerous people” and I find it troubling to label immigrants as such. Most are just people who seek a safer life, a more free life—the American Dream.

This nation was built on immigration. In September 1620, the first pilgrims came to the New World. They endured the 66-day journey so that they could have more opportunities than they would have had in England. The pilgrims came over the treacherous sea to escape a life that was not making them happy. There really is no difference in the stories of the immigrants coming to the United States now.

As humans we all want a life that has some meaning. A life leads us on a pursuit of happiness not only for ourselves but also for the ones we love. Immigrants are coming to the United States for a chance to create something that they are proud of. Like the pilgrims, immigrants know the risks but they push their fears aside hoping for something more. How can we call this nation great when we take part in hurting human beings who just want the opportunity for life, liberty, and the pursuit of happiness?

It is time to see these immigrants as the modern day pilgrims. Human beings who are trying to escape a place of zero opportunity to give themselves and the ones they live a better shot at life. If we are to uphold our values that “All men are created equal and are endowed by the creator certain unalienable rights” we need to start seeing immigrants as equals. We need to start giving them the chance for a better life, liberty, and the opportunity for happiness. If we cannot do that, are we really a nation that cares so much about human rights?
~~~~~~~~~~~~~~~~~~~~
Samantha Banuelos writes for PeaceVoice and is a Conflict Resolution student with United Nation aspirations.