A Nobel prize for sanity? 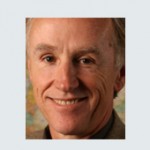 For the full article:
A Nobel prize for sanity?
355 Words
By David Cortright

The Nobel Peace Prize for the International Campaign to Abolish Nuclear Weapons (ICAN) is a wonderful tribute to the many millions of people around the world who have struggled over the years against the insanity of nuclear weapons.

Congratulations to the courageous and far-sighted organizers who founded the campaign! And Congratulations to all who are or have been part of the worldwide movement for nuclear disarmament!
The Nobel Prize is an affirmation not only of the goal of nuclear abolition but of the essential role of civil society activism in helping to achieve that goal.

The Nobel Committee similarly honored the role of citizen activism in 1985 when it awarded the Nobel Peace Prize to International Physicians for the Prevention of Nuclear War. The physicians’ movement played a central role in mobilizing public opinion against nuclear weapons at the time of the nuclear freeze movement in the U.S. and the disarmament campaigns of Europe. The Nobel Committee praised the role of the physicians for increasing public pressure against nuclear proliferation.

In its statement this week the Nobel Committee honors ICAN for drawing attention to the catastrophic humanitarian consequences of any use of nuclear weapons and for ground-breaking efforts to build support for the recently adopted UN Treaty to Ban Nuclear Weapons.

The humanitarian issue has been crucial to the ICAN strategy and has helped to broaden the framework for addressing nuclear weapons issues. It shifts the focus from arcane conceptions of national security to the urgency of saving lives and preventing human suffering. ICAN’s emphasis on humanitarian issues follows the model of the International Campaign to Ban Landmines, which won the Nobel Peace Prize in 1997.

Leaders of the nuclear weapons states will ignore or scoff at this awarding of the Nobel Prize, but we will not be misled or deterred from continuing the struggle for nuclear abolition.

President Dwight Eisenhower once said, “I think that people want peace so much that one of these days governments had better get out of the way and let them have it.” With this latest Nobel Peace Prize perhaps we have moved a step closer to that day.
~~~~~~~
David Cortright, syndicated by PeaceVoice, is Director of Policy Studies at Notre Dame’s Kroc Institute for International Peace Studies.