In Our America: Community Building 101 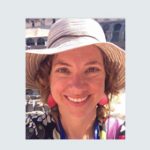 “As the night of Tuesday, November 8, began to go downhill, like many Americans, I felt stunned and sickened…”

For the full article:
In Our America: Community Building 101
625 Words
By Ali King

As the night of Tuesday, November 8, began to go downhill, like many Americans, I felt stunned and sickened. I hadn’t actually allowed myself to imagine things going the way they did and the unthinkable had happened. Just a few months earlier, everyone was scoffing at the idea of Trump becoming the president and, inexplicably, he had just won.

When I woke up from my restless sleep the next morning, I could barely function. Over the next two days, I went through the usual stages of grief – disbelief, anger, sadness, but with so much on the line, I just couldn’t get myself to the acceptance stage.

I knew sitting around and watching things crumble was not an option. I decided I was going to do something to help and so I created a Facebook event and named it “Nasty Women Get Shit Done.” I invited all of my female friends over for a glass of wine and a brainstorming session. Thirty-five eager women showed up and we discussed ways we could take action. We divided ourselves into different groups – one group researched local places where we could volunteer, one group compiled a list of contact info for all local legislators, one group discussed ways to provide resources and education to our community, and one group worked on creating a positive message of inclusion to put out to the world.

Within a couple of weeks, we collaborated with a local artist and a graphic designer to create a modified American flag design worthy of the definition of patriotism – “love for or devotion to one’s country.” The flag includes and upholds the rights of all people, along with the preservation of our planet. We then had 250 yard signs printed and spread the word via social media. We decided to donate any proceeds to local organizations who support the values stated on the flag.

Little did we know how deeply our version of the American flag, a symbol of inclusion and care, would resonate with the American people. Over the past six months, a team of volunteers has worked around the clock to distribute “In Our America” merchandise. So far, we have sold over 50,000 yard signs, stickers, posters, postcards, buttons, fabric flags, and hoodies. In Portland, Oregon, we have over 30 retail locations who have graciously volunteered to sell our merchandise and we also ship “Power Packs” (five signs, five stickers, five posters) all across the US. We have also partnered with Syracuse Cultural Workers who sell our signs, stickers, posters, mugs, t-shirts, buttons, postcards, and magnets.

Many celebrities and politicians have posed for photos with our sign, which has now been translated into 14 languages. We filed for our 501(c)4 status and formed a board of directors. We host monthly meetings with educational guest speakers and we gather for social events, marches, and rallies. In May, we organized and presented our first full day social justice conference for 250 attendees. As of early July, we have almost 6000 members in our Facebook group, a website that receives visitors from around the world, and we have donated over $47,000 to local organizations.

These last few months have been a rollercoaster of emotions and a whirlwind of action, resistance, and empowerment. Never in my wildest dreams, when 35 women gathered in my living room on that dark Sunday evening after the election, did I imagine that we would build such a strong and powerful community. The willingness of this community and thousands like it across the US to listen, learn, and lead has been the silver lining during this very dark time in our nation. The tenets listed on our flag are alive and well “In Our America” and people are stepping up to defend them.
____________
Ali King, syndicated by PeaceVoice, is the founder and president of Nasty Women Get Shit Done, an organization of women dedicated to peace, justice, and supporting real American values.