Let’s Look at the Big Issues We Face 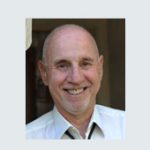 “Like many wonderful places in the US, we live in a bubble here in Taos, New Mexico, one in which we “strain out the gnat and swallow the camel.”…”

For the full article:
Let’s Look at the Big Issues We Face
759 Words
By Yale Jones

Like many wonderful places in the US, we live in a bubble here in Taos, New Mexico, one in which we “strain out the gnat and swallow the camel.” We see, for example, much public animus around the permitting of a new hotel and the venue of the farmers’ market. Those disagreements dominate our public discourse.
Don’t get me wrong; I’m not suggesting that these issues aren’t of some importance, but Taos isn’t immune from much broader threats to humanity such as poverty, war, violence, resource depletion and environmental degradation, to name a few. If we don’t address these bigger issues, the height of a hotel or the venue of the farmers’ market will be moot.

Poverty and war. Today the United States is involved militarily in Iraq, Afghanistan, Syria, Yemen and Somalia, at tremendous economic and human cost. Many other nations and armed groups around the world are engaged in conflict internally or externally. At the same time staggering amounts of money are spent on military budgets and weapons, most people in living in war zones are extremely poor. Indeed, global poverty is believed by many to be one of the biggest single causes of war and terrorism.

While poverty is not by any means war’s only cause, it must be addressed as a matter of reducing global conflict, as well as a moral imperative. Every dollar spent on weapons and war is a dollar not spent on food, education, health care and the environment.

Population growth drives poverty. Continued population growth is a major driver of poverty. As long as the world’s population keeps growing and the finite supply of resources keeps diminishing, extreme poverty will continue to plague humanity and contribute to terrorism and violence. One might look at population growth and say that the global population is increasing by only 1.1% per year; what’s the big deal? But, when we do the math, that’s about 82.5 million more people on the planet, with needs for resources, every year. Thus, we need a global accord on reducing population equal in scale to the Paris climate accord. Instead, the richest nation on Earth withholds UN funding for contraceptive services to women in dire need.

Population growth drives environmental degradation. Continued population growth and concomitant resource consumption will have increasingly devastating effects on the environment. Climate science is well proven. The dramatic impact of humans on our air, land, forests and water are undeniable. They are not mere coincidence. The need for action is evident. We must be advocates for the environment, not climate change deniers such as our current president, the EPA Administrator, the Secretary of Energy, and the wealthy extraction industry interests who put corporate profits first.

We are all put at risk by obsolete thinking. For example, writing together in the Wall Street Journal on May 16, 2017, our National Security Advisor and National Economic Council Director stated, in part, that the world shouldn’t be perceived as a “global community…but an arena where nations, nongovernmental actors and businesses engage and compete for advantage.” What a short-sighted and selfish world view! Sounds like they want the plushest seats on the Titanic, damn the rest of the passengers and crew. Ignore the fact that the ship has begun to sink, just keep us comfortable. I suggest that it is not about winning when the ship is sinking. The time has long since come to put humanity first, not just “America first.” We live on one planet, and we won’t be exempt from global environmental degradation and the effects of climate change.

So, what can one person do? Peace and true security begins within each of us, every day. When it comes to peace making and the reduction of violence between and within nations, as well as in our own homes and communities, we must eschew hostility, greed and contentiousness and collectively practice compassion, kindness, generosity, tolerance of diversity, honesty and humility. We need to stop posing enemies, a practice that leads directly to conflict, war, terrorism and violence. We must examine the impact of our own lifestyles on the planet. We must have deeper conversations among ourselves, as well as between nations. When sufficient individuals behave accordingly, we will move toward new national and global ethics. We can identify and think globally and transnationally, as many people already do. We each can be a force for good.
We need to handle our local issues, certainly, but let’s make room for some high priority conversation about these national and global threats before they overwhelm us where we live.
~~~~~~~~~~
Yale Jones lives in Taos, is a past US Peace Corps volunteer, a Rotarian leader and retired attorney.