Using miners for political gain is nothing new, still repulsive 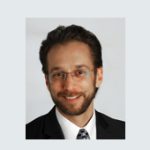 “Earlier this spring, I was asked a question about my late father, who had been a coal miner in the 1970s and ’80s. It had to do with a familiar romantic storyline:…”

For the full article:
Using miners for political gain is nothing new, still repulsive
766 Words
By Rob Byers

Earlier this spring, I was asked a question about my late father, who had been a coal miner in the 1970s and ’80s. It had to do with a familiar romantic storyline:
Did he feel at home underground? Was it a calling that tugged at him during the layoffs, a longing to get back to the job he loved?
Short answer: No. Long answer: Hell, no.

Best I could tell as a kid, he hated it. It was back-breaking, dangerous, cold, dusty, dirty. He did it for the same reason miners do it today – because it was the best-paying job around for a man with a high-school education.

As a coal miner’s son, you might think I would be proud of all the attention miners are getting nowadays from President Trump and the media. You’d be wrong, though. Actually, I find the whole thing pretty demeaning, as the coal miner is used as a political pawn and an excuse to trash the planet.

Then again, maybe I should be used to it by now. The miner-as-economic-victim thing has been hanging around for quite a while.

After the first Obama election in November 2008, Republican lawmakers, industry groups and political strategists needed a human face for their cause, which was eliminating environmental regulations and ignoring climate change. The noble miner, toiling away underground to power America, was perfect.

Never mind that the cause was much more about making money for political donors and industry partners than it was about any miner’s paycheck.

Now, how about a nice, sound-bite slogan? One that mining families and local politicos could easily spout. Enter the “war on coal” — a purely fictitious battle, of course, but nobody ever said politics was about honesty. And talk about effective marketing. So catchy.
The villain? Well, that was really too easy. Everybody was blaming Obama for everything anyway. Plus, it was a two-for-one deal: They could bash the union at the same time after the UMWA backed Obama in 2008.

Fast forward to 2016 and an out-of-context Hillary Clinton quote later (“we’re going to put a lot of coal miners and coal companies out of business”) and it was time to trot out the “war on coal” political machine once more.

Trump plays dress-up in a hard hat at a rally at the Charleston Civic Center, feigns what he thinks it must be like to hold a shovel and fakes his way to the White House.

And so, at long last, the Republicans – and many West Virginia Democrats — are getting what they want as Trump rolls back Obama environmental laws and ignores climate change.

By backing out of the Paris climate agreement, Trump gets to act like he’s helping out his base in West Virginia, while really doing nothing – except, of course, forfeiting America’s well-earned perch as the world’s problem solver. And all the while, our congressional delegation dutifully stands back and applauds.

True help for unemployed miners and other West Virginians would mean tackling climate change head-on, embracing renewable energy and re-training people to work in the emerging industries.
But Trump is a champion only for himself … and his golf courses and hotels.

After all, we’ve watched him propose gutting the Appalachian Regional Commission, Legal Aid, low-income heating aid, college tuition assistance and other programs that benefit West Virginians.
I find no value in the argument that West Virginians, miners and other working-class communities across the nation are getting what they deserve. It’s precisely that kind of divisiveness that landed us in this mess.

It’s not foolish for someone to vote for a candidate who promises to represent their specific interests. It’s not surprising for someone to pine for an earlier time, a time they perceive to have been better. That’s been going on since the first time anyone referred to the “good ol’ days.”

In a place where drug abuse and unemployment are rampant, it can be easy to look back instead of ahead. It’s simpler to think back fondly to the busy, bustling mines — and conveniently forget about the slag heaps and polluted streams. The men, women and children buried alive by coal waste at Buffalo Creek. The dust that turns lungs black and slowly chokes lives away.

It’s even simpler when the powerful spend lavishly to make damn sure it happens.
Coal mining can be a dirty business. But so is toying with West Virginia’s hope.
~~~~~~~~~~
Rob Byers, syndicated by PeaceVoice, is the executive editor of the Charleston Gazette-Mail in Charleston, West Virginia.