What Do Trump and NATO Have in Common? Neither Make Us Safer 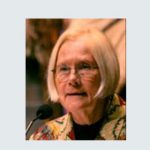 “It is enticing to speculate on what gaffes President Donald Trump might commit at the NATO Summit May 24-25, at the end of a grueling trip that will include stops in Saudi Arabia”

For the full article:
What Do Trump and NATO Have in Common? Neither Make Us Safer
649 Words
By Kevin Martin and Col. Ann Wright (ret.)

It is enticing to speculate on what gaffes President Donald Trump might commit at the NATO Summit May 24-25, at the end of a grueling trip that will include stops in Saudi Arabia, Israel, Palestine and The Vatican before he gets to Brussels for the confab organized around the opening of the new NATO headquarters there. It has been widely reported that NATO leaders are having to dumb down the meetings for Trump, and it is also easy to call out Trump’s hypocrisy in describing NATO as obsolete as recently as January, then reversing course and stating the military alliance is crucial to fighting terrorism after meeting with NATO Secretary General Jens Stoltenberg last month. However, even as the political scandal and incompetence of the Trump Administration understandably dominate the headlines, the NATO Summit, and NATO’s very existence, deserve more serious scrutiny.

Simply put, NATO should have disbanded with the end of the Cold War, as its reason for existing, defending Europe and the West against the Soviet Union and Warsaw Pact, dissolved when the Berlin Wall fell and the Soviet bloc disintegrated. Instead, unwise U.S./Western post-Cold War triumphalism has prevailed to this day, and NATO has found new missions with which to busy itself.

NATO’s eastward expansion to Russia’s borders (in violation of a pledge not to do so by President George H.W. Bush in 1992), meddling in Ukraine, a large increase in military exercises in former Warsaw Pact and Baltic states and deployment of missile “defense” systems that Russia can only rationally see as part of an offensive nuclear first strike strategy, as well as NATO’s “nuclear sharing” — basing U.S. nuclear weapons in Germany, Belgium, Italy, the Netherlands and Turkey, in violation of the Nuclear Non-Proliferation Treaty — have all made Russia feel understandably isolated and encircled. Furthermore, Trump’s proposed $54 billion Pentagon increase is larger than the entire annual Russian military budget.

Russia’s feeling insecure should be easy to understand, while not excusing Russia’s own militarism, meddling in foreign elections, and lack of democracy and human rights. Consequently, for years now, Russia has been more reliant on its nuclear weapons for its defense, and less eager to engage in further nuclear weapons reductions with the U.S. So NATO/U.S. policies retard progress toward disarmament, making the U.S., Europe, and the world less safe. Americans’ and Europeans’ tax dollars fund these policies, against our own interests.

Moreover, NATO’s out of area operations have made it a global force, with member states engaged in military actions in the Middle East, Asia and Africa, far from Western Europe. Resentment over these deployments has led to violent terrorist acts on the European continent.

A particularly galling aspect of the U.S./NATO relationship has been the arm-twisting (not just by Trump, the Obama administration did this as well) of European countries to spend more on the military, to reach the agreed goal of two percent of GDP, when the populations of those counties are vehemently opposed to this, reasonably preferring to spend their tax dollars on human and environmental needs and investments, which provide real security in their lives and communities.

There have long been problems with the military inter-operability of the various national forces within NATO, including with weaponry, communications, and command and control. Seen against this backdrop, forcing the F-35 fighter jet, the most expensive weapons system ever built to date, which has yet to prove its mettle and has no real mission, on NATO countries has been a sore point for many governments, while a boon to lead contractor Lockheed Martin.

All of these issues should be on the table at the NATO Summit, as well as a thorough reconsideration of what real security, rather than exorbitant, endless military adventurism, would look like for Americans, Europeans and the peoples of the world. Instead, a more likely scenario is self-congratulation and perpetuation of policies that make the world a more dangerous place.
~~~~~~~~~~~~~
Kevin Martin, syndicated by PeaceVoice, is President of Peace Action, the country’s largest grassroots peace and disarmament organization with more than 200,000 supporters nationwide.
Ann Wright served 29 years in the US Army/Army Reserves and retired as a colonel. She also was a U.S. diplomat for 16 years and served in nine U.S. embassies in Africa, Asia and Central America. She resigned in March 2003 in opposition to the war in Iraq. She will be at the NATO Counter Summit this week in Brussels.