In the meadow we can build a straw man 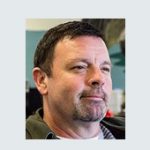 “Yes, it’s that time again, there’s a chill in the air and snow on the ground and a we’ll soon be swearing in a new President. Time to celebrate the holidays! ”

For the full article:
In the meadow we can build a straw man
500 Words
By Michael Lyon

Yes, it’s that time again, there’s a chill in the air and snow on the ground and a we’ll soon be swearing in a new President. Time to celebrate the holidays!

Don’t become a cautionary tale, with all the coming holiday parties and extended periods of time with family and loved ones, politics is bound to come up. Whether it’s being cornered by your boss or coworkers at the company Christmas party and forced debate the rationality of pizzagate or sucked into a debate with your drunken uncle about mass deportation strategies and Mexican-paid-for border walls, politics is going to come up. Do yourself a favor and learn how to handle a straw man.

For those of you not familiar with the term, a straw man argument is the process of taking an argument, distorting it or taking it out of context so that it basically changes meaning, and then ridiculing it in order to make the opponent look bad.

Here’s an example:
You: I was reading an article about evolution and our first use of fire and….
Drunk Uncle: Evolution is crap, I didn’t evolve out of no monkey…!

Ok, what’s your next move?
A. Yes, you did
B. Ignore
C. Sigh
D. Call out the straw man
The answer is D.
You: Hey everyone, drunk uncle is right, we evolved from a common ancestor not directly from monkeys.

Your next move is to pivot, and straw man his argument.

You: And besides, we would have found a dinosaur with a saddle on it by now if drunk uncle was right.
Drunk Uncle: (crickets)

If you’re lucky, this will be as rough as gets, but this election cycle has produced a string fake news items that is causing otherwise civil and constructive conflict, a cornerstone of a healthy democracy, to become destructive and increasingly dangerous.

Just last week, an armed North Carolina man charged into a Washington DC pizzeria to investigate a rumored child pedophilia ring linked to Clinton Campaign Chairman John Podesta. This crazy rumor was spread without a shred of evidence throughout the internet by conspiracy theorist like Alex Jones of Infowars infamy. Luckily, no one was injured or killed, but shots were apparently fired, and this should be a wake up call for all of us.

There’s evidence to suggest that the Russian government is behind the dissemination of these stories. It’s important that people become more vigilant and responsible when passing along news items. Passing along this malicious propaganda is akin to, unwittingly, aiding a foreign government’s attempt to disrupt our democratic process. That’s right, Alex Jones, whether you know it or not, the Russian’s have made you a cut-out. The Russians.

So, enjoy the holidays, and as an act of patriotism, stamp out straw man arguments and conspiracy theories on the spot. The election is over, and even if you don’t like the outcome, we have a collective interest in bringing back the level of discourse in this country to a constructive and factual standard.
~~~~~~~~~~~~~~~
Michael Lyon is a student at Portland State University.