An Open Letter to the Harry Potter generation: Now is the time for young Gryffindors to resist Trumpdemort! 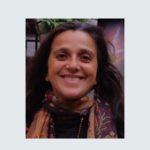 “When my son and I were reading the Harry Potter books together, in 2009-10, I had told him that the imaginary world created by J.K. Rowling represented the very real world of dictatorships…”

For the full article:
An Open Letter to the Harry Potter generation: Now is the time for young Gryffindors to resist Trumpdemort!
1120 Words
By Anne-Marie Codur

When my son and I were reading the Harry Potter books together, in 2009-10, I had told him that the imaginary world created by J.K. Rowling represented the very real world of dictatorships and authoritarian regimes in many countries in Asia, in Africa, in the Middle East, where people were arrested, tortured and killed for their ideas or for who they were, for their differences, the color of their skin, the way they worship God, or their ethnic origin.

If someone had told me then that six years later, the death eaters would be roaming wild all over America, I would have laughed in disbelief. Not here. Not possible.

But it is now plainly and painfully obvious that the broken monstrous soul of Lord Voldemort has incarnated itself in an orange looking pathetic wizard named Trump who has been able, through fear and dark magic, to ensnare the souls of millions of Americans blindly casting their votes for him to make him their leader. He has surrounded himself with pale looking blond Slytherins calling for a general whitening ethnic cleansing of America where all those who do not look like them, the mudbloods and muggles, are in grave danger of being singled out, silenced, arrested, deported and even worse. This is only the beginning. America is entering the opening chapters of book 5, the Order of the Phoenix. And all of you kids, whose childhood has exalted the adventures of Harry, Hermione and Ron, know exactly what I am talking about.

So it is to you that I am addressing this letter, to my son, to all of his friends, to all their generation. You, kids, know better than the older generations that have failed you and have brought upon this curse on our beloved country. Now is the time for you, young and brave Gryffindors, to roar. Now is the time for you to form Dumbledore’s army, and to train yourself in the art of nonviolent civil resistance. All the spells of Stupefy, Expelliarmus and Expecto Patronum, to name just a few among the most important used to dispel the deatheaters and dementors, have all real life equivalent in the world of civil resistance and strategic nonviolent conflict.

As you all know, Harry, Hermione and Ron, never used the unforgivable curses which cause mental or physical pain (Crucio, the torture curse) and death (Avada Kedavra, the killing curse). Their resistance uses exclusively nonviolent means, they immobilize their adversaries, or disarm them, or build protective shields against their enemies’ spells. And they use the comic relief of “Riddikulus” to dispel their own worst fears.

My children, we are going to need all of this toolbox of non-lethal but powerful spells against the hordes of white supremacists who are feeling empowered by their master to roam freely and wreak havoc this country. We will need to build our inner strength, our Patronum to protect our souls from their spells, we will need to learn how to attack them in their most vulnerable spots, how to debunk their lies and destroy their horcruxes, how to use the power of our adversaries to knock them down, using their own spells against them, to disarm them – this is called backfire in the language of civil resistance, in particular through the use of dilemma actions (more on this in the future trainings in strategic nonviolent action that all of you will be taking, for instance check this site for online trainings https://www.nonviolent-conflict.org/).

And we will need a lot of humor to ridicule them continuously and delegitimize them without any respite, to make them look small and pathetic, because we should never be afraid of them. And all of this will help us gain in strength to build our own power, the power of love and friendship, and the power of community. Our strength will come from the solidarity we are building between ourselves as we are entering the darkness. We will be the lights, the flames of hope, for one another. We will build our courage even if deep down we feel scared. We will do this because we care for each other, beyond all difference in religion, ethnic background, sexual orientation, gender, or color of skin. We will help and protect each other, at all times. We are all one, and we will fight as one to dispel this darkness.

And we are not alone. I nominate in the role of Albus Dumbledore, our fierce Senator of Vermont, champion of the 99%, and leader of the Revolution, Bernie Sanders. Not only does he look the part, he has both the wisdom and the humor of Professor Dumbledore, whose bright velvet hats would fit perfectly on his silver white hair! The elder wand is his, and Lord Trumpdemort will definitely feel the Bern! And as our equally fierce Professor McGonagall, I nominate none other than Massachusetts Senator Elizabeth Warren, who is a fearless warrior and Gryffindor leader, slayer of all Wall Street 1% Slytherins. For the moment I am not sure who the double agent in our story will be, a Republican Snape who will pretend to work for Trump and his apocalyptic crew, but in reality will be sabotaging in secret their whole evil plan. And let us put pressure on Republican Senators and Congressmen at the State level, to push them to defect and not cooperate or at least show no particular zeal in serving their master, in the same manner as the Malfoys. There are Republican governors, and Massachusetts Governor Charlie Baker is one of them, who might eventually join the ranks of the resistance. Let us work on winning him over and some of his peers.

So, the stage is set for the biggest fight of all. The grownups, whose tears are starting to dry and who have enough strength left in them, will be reforming the ranks of the Order of the Phoenix, to help you in any way we can. But we cannot win this without you, kids, without your passion, your vision, and your fierce commitment. This fight will make you mature early, and make you wise beyond your years. This is a fight for the ages, and it will define your generation.

From the greatest crises emerge the greatest opportunities and to be 16, 18, 20 years old today, in 2016, is a mighty gift that history is offering you. It is a chance that cannot be missed. This is your chance to change this country and the world for the better. It will be hard and the road might be long. But remember: the darkest hour is just before the dawn.
So, young and brave Gryffindors, are you ready?
One of your proud moms,
Mrs. Weasley
~~~~~~~~~~~~~
A.M. Codur is a scholar, educator and performing artist, an environmentalist and peace activist, academic advisor at the International Center on Nonviolent Conflict, and co-founder of the University of the Middle East Project.