Nuclear Weapons Modernization: a New Nuclear Arms Race? Who Voted for it? Who Will Benefit from It? 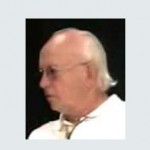 “When General John Hyten recently assumed his post as the new head of U.S. Strategic Command, he and observers listed an array of possible threats to American…”

For the full article:
Nuclear Weapons Modernization: a New Nuclear Arms Race? Who Voted for it? Who Will Benefit from It?
690 Words
By Kevin Martin and Paul A. Olson

When General John Hyten recently assumed his post as the new head of U.S. Strategic Command, he and observers listed an array of possible threats to American and global security. Only one however — nuclear weapons — threatens all life on Earth. We should focus on that more intently than the others, especially with relations between the U.S. and Russia in the worst shape since the end of the Cold War.

Modernization is the focus that the Defense Department has proposed. However, more money to “modernize” (really overhaul and upgrade) every aspect of the U.S. nuclear arsenal, from weapons laboratories to warheads to planes, missiles and submarines, at a price tag of at least $1 trillion over three decades, is the wrong way to go.

What is striking is the astonishing sense of entitlement by the nuclear priesthood. Equally striking, looked at from voters’ and taxpayers’ point of view, is the lack of democracy. Nobody voted for this. No politicians ran on it. There was no public debate. Nobody asked whether this trillion dollar expenditure was a priority over addressing childhood poverty (nearly one-third of U.S. children are poor according to a 2014 UNICEF report, a scandal in the richest country on Earth) or investing in repairing our crumbling infrastructure or building a sustainable, green economy.

“Modernization” sounds good. It should be called The New Nuclear Arms Race plan. Following the U.S., every other nuclear weapons state has announced its own “modernization” scheme. So apart from the exorbitant cost for this dubious at best “priority,” this whole project will make the U.S. and the world less secure, not more. It will thwart nuclear non-proliferation and fill the world with shiny new weapons.

So who will benefit? Certainly Lockheed Martin, Boeing, Northrop Grumman, Raytheon and the nuclear weapons contractors in other countries (and the politicians who rely on their campaign cash). Anyone else? Anyone? The children? The environment?

U.S. policy on nuclear disarmament and non-proliferation seeks no end to arms races. Recently, the United States and its nuclear-armed allies France, Great Britain and Israel voted against a United Nations resolution establishing negotiations for a global nuclear weapons ban treaty similar to current global treaties on landmines, cluster munitions and chemical and biological weapons. Talks are slated to begin next year in the General Assembly after a positive vote by 123 nations two weeks ago. Among other nuclear states, North Korea voted in favor of the resolution, while India, Pakistan and China abstained.

Other aspects of U.S. foreign policy — NATO expansion to Russia’s borders, the “Asia-Pacific Pivot” to focus more military assets in that region in order to contain China, provocative “missile defense” deployments which are properly seen by potential adversaries as part of a first-strike posture, over 900 U.S. foreign military bases, and overwhelming conventional military superiority (the U.S. spends as much on the military as the next seven countries combined) — also help spur nuclear weapons proliferation and over-reliance by Russia and others.

President-elect Donald Trump is all in on the nuclear weapons modernization plan. However, he has consistently advocated better relations with Russia, and soon he and the new Congress will have many budgetary decisions to make, and it’s entirely possible other defense and domestic priorities will at least mitigate huge investments in the nuclear arsenal. Ten senators, led by Al Franken of Minnesota, have signed onto a resolution expressing concern about the costs of nuclear weapons modernization, or more properly, escalation, and congressional and public opposition is likely to grow.

Unlike nuclear modernization, the smart way forward is not rocket science. Instead of embarking on a plan we can’t afford and that makes our country and the world less safe, let us cancel nuclear modernization, challenge other countries to do the same, and invest in more life affirming priorities. We can invest in diplomacy and international cooperation, as in the successful cases of the Iran nuclear agreement and the opening to Cuba, and get serious about leadership toward verifiable global nuclear disarmament. Recent polls show Americans want a more restrained, less militaristic and interventionist U.S. foreign policy. Nuclear weapons policy would be a great place to start.

~~~~~~~~~~~~~
Kevin Martin, syndicated by PeaceVoice, is President of Peace Action, the country’s largest grassroots peace and disarmament organization with more than 200,000 supporters nationwide.
Paul A. Olson is Kate Foster Professor Emeritus, University of Nebraska-Lincoln, and chair of Nebraskans for Peace’s Anti-war committee.