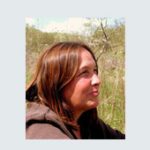 For the full article:
When Darkness Meets Light
750 Words
By Dena Eakles

I am not sure anyone who was not here at Standing Rock could fully grasp the magnitude of inhumanity perpetrated here a short time ago, much less comprehend the fortitude and bravery of those who endured the transgression. I was here and I have a hard time wrapping my head around it all.

Walking through the camp now all is in place. The fire is going with people praying, songs of gratitude are being sung, announcements are made, children are laughing and elders sit quietly absorbing it all. The constant buzzing and hammering of winter preparations and the constant hum of low flying planes as they circle overhead are part of the camp now. Woven into a tapestry of creative beauty, friendship and reconciliation, this place is home.

Regardless of stories being told by police, media and the Dakota Access Pipeline (DAPL) about how and who and when, there are these undeniable facts: At best count 400 people endured some form of torture in the form of water cannon spray, pepper and other unknown chemical sprays, far too many were targeted and hit with rubber bullets and the gruesome pictures surfacing on social media tell the truth of just how innocent these guns are.

While that should be enough to drop the jaw of every breathing American, the part that is most painful is the reality that this was done by human beings, ordered, yes, but ordered and executed by people with no regard for human life.

Our home last night became a war zone. And I wonder how the perpetrators cope with the knowledge of what they have done and of the lies they tell and read and willingly uphold about what occurred here.

Here is what I witnessed: while uniformed and masked men and women used guns, water cannons, chemical sprays and concussion grenades – all the while knowing the people were unarmed and meant them no ill will – there were human beings singing praises to God, brave medics working feverishly through the long night, driving injured and freezing people off the line and back to safety and for some, medical care at the hospital near-by. And there were security that maintained calm and order as they cleared the roads for ambulances and those being driven off the line to safety – this, is bravery.

Oh and about that bridge the water protectors attempted to clear – that clearing would have allowed ambulances to arrive and go in thirty minutes less time in each direction. It is the police’s cement barricade that now prevents easy access to town.
But they don’t tell you that.

They said they wanted to clear the camps before winter for fear of hyperthermia setting in on the campers (how kind) – yet they are the ones who intentionally dowsed the people in 20 something degrees for over seven hours.

They don’t tell you they were not putting out fires, but in fact setting them with canisters of gas. They don’t tell you the trucks that were burned were burned weeks ago – they allow the media to mislead you again. You see, they need a riot; they need a riot to sell you their abhorrent behavior. Only problem, there isn’t one here.
I wonder what they thought as the same human faces and bodies dried off and returned to be hit again. Did it anger them? They must have thought the torture could not be endured for long, but they were wrong again. It lasted more than seven hours, because they could not and would not stop. One woman told me she returned three times before medics told her not to return fearing her body could not take the shock.

Think the water protectors foolish? Then you have never loved land or water or life enough to stand for it.

Let’s not forget the camp media, trying desperately to reach you with the truth while signals are jammed and slowed and links miraculously disappear. But we succeeded and many of you jumped up to help spread the word and it was amazing to see the numbers of witnesses grow as video and words of the assault eked out.