Did Trump Voters Know That They Were Voting for White Nationalism? 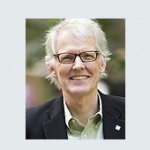 “Amid the head-scratching about how Trump got elected, there are a number of theories being presented. Obama thinks that Trump tapped …”

For the full article:
Did Trump Voters Know That They Were Voting for White Nationalism?
523 Words
By Robert J. Gould

Amid the head-scratching about how Trump got elected, there are a number of theories being presented. Obama thinks that Trump tapped into American fears of globalization, where it appears that the drain of jobs out of the U.S. continues unabated. Another theory suggests that there is deep anger towards both the business-as-usual Democratic Party and the business-as-usual Republican Party—both distanced by Trump. Bernie Sanders was one alternative to both of these worries; Trump was the other alternative.

Nobody knows how an election between the two anti-business-as-usual candidates, Sanders and Trump, would have turned out. But, my guess is that Trump would have won that election too because he had no qualms about promoting the most vicious attack ads, and the most ugly personal attack tweets. And that strategy gained currency from those aligned with hate groups. This is where David Duke entered the election with his support of Trump, alongside the support of many other hate groups and websites.

Post-election, we need to wake up to the reality that there are now four major political parties in the United States, not two: The two traditional Democratic and Republican Parties, and, with Bernie Sanders candidacy, a new party, the alternative Democratic Party. And with Donald Trump running for President, another new party was consolidated, the alternative Republican Party—which, for many, is a code word for the White Nationalist Party.

However, generally speaking, Trump voters did not realize they were electing a President from the White Nationalist Party, as he was listed as the Republican Party candidate. As analysts claim, Trump voters were mostly Republicans voting the Republican ticket. However, Steve Bannon, an unapologetic white nationalist, is now Trump’s chief strategist, putting him in the “highest reaches of government,” as Senator Jeff Merkley (D-OR) wrote in a recent statement.

The reality is that Trump, as a cloaked white nationalist, paved his way to the presidency. Now, we, as a country, need to figure out how to undo what we did. First, we need to recognize that Trump voters did not elect a traditional Republican. Our first hint about this was the massive resistance to his candidacy from the Republican leadership, including both Bush Presidents. Another hint was Trump’s weak disavow of KKK- related David Duke’s endorsement.

So, what can we do to stop the torrent of policies headed our way, policies that will be racist, jingoist, anti-immigrant, anti-environment, anti-Native American, anti-women’s rights and anti-LGBTQ . In my opinion, we must unite three of the more reasonable parties against the White Nationalist Party of Hate. How can this be done? I suggest that we must reach out to people in the three political parties that opposed Trump. We don’t need to spend much time preaching to our own choir. We need to talk with people we don’t necessarily agree with, in the traditional and alternative Democratic and traditional Republican Parties, because we should all be able to agree that Trump represents an anti-American hate-machine, which must be stopped. We defeated Hitler’s policies, the last White Nationalist global threat. Now we must defeat every White Nationalist policy that comes out of Trump’s chest of horrors.
~~~~~~~~~~~~~~
Robert J. Gould, Ph.D., syndicated by PeaceVoice, is an ethicist, Founding President of the Oregon Peace Institute and Associate Professor of Conflict Resolution at Portland State University.