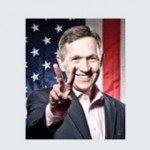 For the full article:
War or Peace?
279 Words
By Dennis Kucinich

The most consequential statement by Secretary Clinton in last night’s debate was her pronouncement that a no-fly zone over Syria could “save lives and hasten the end of the conflict,” that a no-fly zone would provide “safe zones on the ground” was in “the best interests of the people on the ground in Syria” and would “help us with our fight against ISIS.”

It would do none of the above. A US attempt to impose a no-fly zone in Syria would, as Secretary Clinton once cautioned a Goldman Sachs audience, “kill a lot of Syrians,” and, according to the Chairman of the Joint Chiefs, General Dunford, lead to a war with Russia. If the US has not been invited into a country to establish a “no-fly zone” such an action is, in fact, an invasion, an act of war.

It is abundantly clear from our dark alliance with Saudi Arabia and our conduct in support of jihadists in Syria that our current leaders have learned nothing from Vietnam, Afghanistan, Iraq, and Libya as we prepare to plunge head-long into the abyss of a world war.

Our international relations are built upon lies to promote regime changes, the fantasy of a unipolar world ruled by America, and a blank check for the national security state.

As others prepare for war, we must prepare for peace. We must answer the mindless call to arms with a thoughtful, soulful call to resist the coming build up for war. A new, resolute peace movement must arise, become visible and challenge those who would make war inevitable.

We must not wait until the Inauguration to begin to build a new peace movement in America.

~~~~~~~~~~~~~~~
Dennis Kucinich’s distinguished career in public service dates back to 1969 and spans councilman, clerk of courts, Mayor of Cleveland, Ohio State Senator, 8-term Member of US Congress and 2-time Democratic candidate for President of the United States.