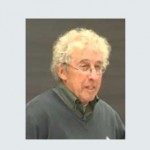 “It is interesting that the main word in “Make America Great Again”—and it is the crucial word—remains not only murky but completely undefined.”

It is interesting that the main word in “Make America Great Again”—and it is the crucial word—remains not only murky but completely undefined. Does “great” suggest reinstituting slavery? Renewing colonialism? Returning to the least comprehensive and most inadequate health care system in the entire industrial world that preceded the Affordable Health Care Act? Going back before the New Deal to no Social Security, no government attention to economy-induced suffering?

Many people assume that defining that word does not matter because it is widely understood to simply be code for “white,” as in, “Make American White Again.” Following the 2008 election, the Republican Party clearly imploded when faced with the first Black U.S. president. As that reality was pathetically dealt with as intolerable and to be ignored, defined, reviled, and undermined at all costs, and as demographics make it clear that whites will be outnumbered by nonwhites in this country within a generation or two, the race interpretation makes enormous sense, abetted of course by Donald Trump’s bizarre and childish birther obsession.

Changes in this country since the Civil Rights, Antiwar, Women’s, and LGBTQ movements have understandably rattled people who were bypassed by those vast changes in our society. Too little attention has been paid to what it must feel like to have one’s confidence in the assumed superiority of whiteness, war, men, and straight sexuality attacked head-on by forces not easy to understand if you are not part of them. Those guiding the victories of those movements ignored where that left those who felt no benefit from them. Of course anger was part of the reaction. It is puzzling only to people who wish not to face the emotional realities of losses of assumptions and positions that social change necessarily brings to lots of people.

We see all those striking movements of the last 60 years as bound together by their massive rejection of normative, or traditional, masculinity. It is, after all, men who have been in charge of racism, sexism, patriarchy, war, and heterosexism. The movements in question all threaten the masculinity that had been taken for granted among men for millennia.

What Trump is doing is reasserting normative masculinity—the frontier, business tycoon, prizefighter, football memes of masculinity. Trump walks with a certain swagger that characterizes normative masculinity. His unrelieved rudeness, sarcasm, and bullying fit the playground, football, and college fraternity forms of normative masculinity. Consider the trophy wife (this one with cold, hard eyes that remain locked in that place and cover nothing other than an utterly clichéd celebration of Trump, America, and family). Trump’s scorn for the rich (of whom he is an integral part), women, the Pope, immigrants, Mexicans, disabled people, et al. is a style associated with calculating, cruel, cold hard men from time immemorial. What I see in Melania’s eyes is what I feel from Trump’s swagger and heart: hardness, coldness, and emptiness.

Beneath all the bluster and boasting in that kind of man – and his women accomplices – has got to be unfaced, unrecognized, undealt with pain. That pain surely matches that barely beneath the surface in his wildly supportive audiences.
As Trump skims over all policy and other political issues, what is left is style. It is the style of a man who pathetically wants to be recognized as a man’s man and to welcome every man and woman aboard who will share in that aspiration and fantasy. The people so frantically trying to assert this join in denying that it is on life support at best and will give way eventually to empathy and compassion for all and for our planet which must triumph over sad, overblown toughness and bullying if we are to survive. The old masculinity is Trump’s. The new masculinity rejoices in preserving dignity, humility, life, and the integrity of our fragile planet.

Gordon Fellman, syndicated by PeaceVoice, is a Professor of Sociology and Chair of the Peace, Conflict and Coexistence Studies program, Brandeis University in Waltham, Massachusetts.