When America Was Great 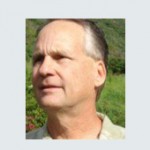 “Donald Trump has an eye-catching campaign slogan: “Make American great again.” Trump maintains that “America has lost its way” and should return to an earlier time when life was better. Trump has not specified exactly when he believes the United States…”

For the full article:
When America Was Great
633 Words
By Houston Wood

Donald Trump has an eye-catching campaign slogan: “Make American great again.” Trump maintains that “America has lost its way” and should return to an earlier time when life was better.
Trump has not specified exactly when he believes the United States was greater than now but, for many, that better time is associated with the 1980s and the Presidencies of Ronald Reagan and his successor, George H. W. Bush.

Let’s remember life in America in those years. Women were much less present in politics, the professions, and corporate boardrooms. In 1980, for example, about fifteen percent of doctors and lawyers were women. Today that has more than doubled to close to thirty-three percent. In 1990, in the middle of George H. W. Bush’s term, there were 34 women in Congress. In 2016 there were 104. The number of women-owned businesses and female executives and corporate board members has increased in comparable proportions since the 1980s.

During the Reagan and first-Bush years, religious, ethnic, racial, and sexual-orientation minorities were openly discriminated against. Many educational institutions had policies excluding or restricting enrollments by minorities. Several states and even the United States military had laws criminalizing non-heterosexual behaviors. Few religious, ethnic, racial or sexual minorities are likely to believe that a return to a 1980s-like America would be good for them.

The frequency of serious crime was also higher in the 1980s than it is today. According to official FBI statistics, the murder rate is now half what it was at the end of Reagan’s second term. The rate of violent assaults has declined similarly. A return to earlier rates of crime would leave most Americans significantly less safe than they are today.

Trump also emphasizes he wants to return America’s economy to its earlier dependence on manufacturing. He is correct when he points out that the number of manufacturing jobs has declined significantly, by about one-third since the end of Reagan’s presidency. Simultaneously, however, the total wealth possessed by Americans has increased significantly. The country as a whole has become wealthier because it has shifted its economic base toward new professions and industries that often did not exist in the 1980s.

The great American fortunes of the pre-computer age were made by the Carnegies, Fords, and Rockefellers who employed hundreds of thousands of laborers to build things. American fortunes in the last few decades have been made in very different ways, by people like Bill Gates, Steve Jobs, Oprah Winfrey, and Mark Zuckerberg.

Every advanced country in the contemporary world is making a similar transition, from manufacturing to computer and knowledge-based economies. Only poorer countries today still try to build their economies primarily on a blue-collar factory base.

Trump also argues America must assert its military power abroad more forcefully to become great again. In Reagan and the first President Bush’s terms that power was used to compete with the Soviet Union through an immense arms race and multiple proxy wars. There is no reason for a comparable arms race today. And most of the places where the United States asserted itself in the 1980s seem like failed or unnecessary causes today. Arming Saddam Hussain in his war with Iraq seems to have been a mistake. The United States’ subsequent interventions, first in Lebanon, then Grenada, Honduras, Bolivia and, in 1990, in Iraq do not seem to have much helped to make America great.

Of course, most people would agree with Trump that some things in America used to be better. My own nostalgic list would include our once less-crowded cities and national parks, and the cheaper college tuitions and health care that was available to many in the 1980s. But, by most measures America was not greater then than now.
We don’t need to make America great “again” but we can make it better.
~~~~~~~~
Houston Wood teaches sociology at Hawaii Pacific University in Honolulu. He is the author of four books, including the recently published Invitation to Peace Studies.