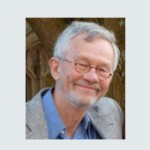 “I was interested in WW I because my father fought in it and I wanted to learn more about what he experienced. He enlisted in the US marines as a young man of 20 and fought in 1918. He was injured by mustard gas and by shrapnel, and in fact a piece of metal stayed in his body for his whole life.”

For the full article:
The valley of the Somme in 1916 and now
1852 Words
By Curtis Bell

During my stay in Paris, I spent a day on a tour of the World War I battlefields of the Somme to the North and East of Paris.

I was interested in WW I because my father fought in it and I wanted to learn more about what he experienced. He enlisted in the US marines as a young man of 20 and fought in 1918. He was injured by mustard gas and by shrapnel, and in fact a piece of metal stayed in his body for his whole life.

I am also interested in WW I because of my general opposition to war and my peace activism. WW I was a horror for Europe and its consequences have been awful not only for Europe but for the whole world too. WW I was perhaps the most significant event of the 20th century in terms of its consequences, many of which are still being played out today. Those consequences include Nazism, the holocaust, and WWII that arose in large part from the economic hardship and humiliation that Germany was forced to bear after WW I. Indeed, some view WW II as a continuation of WWI. The consequences of WW I also include the seemingly unending violence and turmoil in the Middle East which can be traced in part to the colonial ambitions of France and England and their denial self-government to the region after the collapse of the Ottoman empire. Finally, Russia might have developed in a more humane way if the desperate conditions caused by the war had not facilitated the totalitarianism that arose under Lenin and Stalin.

Ten million soldiers and seven million civilians were killed in the war and there were 20 million wounded. The war was global. Fighting took place in the Middle East, in Turkey, in Eastern Europe, in Northern Italy and in Northeastern France. The trench warfare in Northeastern France was particularly awful and the battle of the Somme was one of the worst battles in that region.

The battle of the Somme took place along a front of about 60 kilometers in the valley of the river Somme. The battle began on July 1, 2016 as an allied offensive to reduce German pressure on Verdun, a battlefield a few hundred kilometers to the South where the Germans had been concentrating massive power in order to break through the line. 30,000 men were killed on the first day of the Somme offensive and by November 2016, when the battle of the Somme ended due to cold and snow, over one million men had died and the allies had moved the front only a few hundred yards to the East.

The countryside of the Somme today is beautiful and peaceful, a land of gently rolling hills and ridges. The bright green fields of wheat and potatoes are broken here and there with clumps of dark green woods and small villages where the farmers live who work the fields. One is struck by the contrast between the violence and mayhem of what went on here a hundred years ago and the pastoral peacefulness of today.

But it is not only clumps of woods and villages that dot the landscape. Cemeteries do also. The individual cemeteries range in size from less than a hundred graves to tens of thousands (Figure 1). There are cemeteries for the French dead, the British dead, the Canadian dead, the German dead, the South African dead, the Australian dead, the New Zealand dead, the Moroccan dead and the Indian dead. Each cemetery has a monument honoring the men who were buried there. The larger cemeteries have very large monuments. The one at Thiepval Is 50 meters high (Figure 2). It is dedicated to the 72,000 British and South African dead in the battle of the Somme whose bodies were never found. These large monuments are inscribed not only with noble words about how the dead will never be forgotten, but also with the thousands of names of the missing whose remains were never found.

Figure 1
One of the large cemeteries of the Somme

Figure 2
The Monument at Thiepville

Some remains of some of the dead were found but there was not enough there to identify the bodies and the remains are buried with a headstone saying simply “A soldier of the Great War, known unto God” (Figure 3).The phrase was coined by Rudyard Kipling a strong advocate for British imperialism, the defense and expansion of which was one of the causes of the war.

The remains and bodies of these soldiers were buried near where they fell because, we were told, the task of sorting them all out and sending the remains back to their home towns would be too difficult and besides there was not enough room in the local cemeteries for all the bodies. Monuments to the dead were established in the home towns, however. Anyone who has spent time in France has seen the monuments in every town and village, placed in the central square near the city hall. The monuments say “Mort pour la France”, have a long list of names, and are usually topped by a statue of Marianne the symbol of France. Almost two million young Frenchmen died in the war.

The Somme offensive began on July 1, 1916. The British had prepared for the offensive by making tunnels at 30 sites along the area of engagement and placing massive mines under the German lines. The plan was that these explosions would get rid of the barbed wire and German defenses at these sites allowing allied soldiers to pour through the openings. The mines were all exploded at 7:30 in the morning on July 1 and they say that the explosions were heard as far as England. The huge craters caused by these exploding mines can still be seen today (Figure 4).

Figure 4
Crater from a British mine near La Boisselle

But the fog of war intervened and things did not go according to plan. Too much time intervened between the advance of the soldiers and the blowing up of the mines and the soldiers could not easily advance through the blown up areas. Moreover, the explosions showed the Germans where the attacks would be made and they had time to move their forces and guns into defensive positions. The allied soldiers were met with massive artillery and machine gun shelling from the Germans as they tried to advance and most of them didn’t come back.

The battle settled back within a few days into the stalemated trench warfare that it had been before the start of the offensive. After five months of fighting the line had moved no more than a few hundred yards.

Soldiers from Newfoundland were responsible for one small piece of the front. Six hundred of them went over the top out of their trenches on the morning of July 1. Only fifty came back. The site with its cemetery is now a monument maintained by the Canadian government on land given to them by the French. A huge bronze moose stands on a hillock above the names of the dead (Figure 5).

The hillock is surrounded by ditches that are the remains of the trenches that so few young men returned to. A small museum nearby shows pictures of those who died and their life in the trenches, including pictures of their bagpipe players. Young, clean-cut, French speaking Canadians now staff the site and talk to people about what happened (Figure 6). Maple trees planted by the Canadians dot the site along with a few dead shattered trees from the battle that occurred a hundred years ago.

Figure 6
Canadian guides at the monument near Beaumont

The museums of the war that I visited, such as one in Peronne near the Somme and another near Verdun, gave a good picture of the horrors of life in the trenches (Figures 6 and 7). The conflict was basically between vulnerable human bodies and minds on the one hand and a massive machinery of death in the form of machine guns and exploding artillery shells on the other.

Figure 7
A painting from the front.

Figure 8
Bodies in the trenches

The museum in Peronne also described some of the factors that allowed the war to begin and to then continue even after it became clear what a disaster it was for all concerned. Imperialism, militarization of culture and control of information were three of the prominent factors.

It was an imperialist war. The war began with the Austrians wanting to cement their control of the Balkans. But the territory being fought for was not just in Europe. Both sides hoped to expand their empires through the war, and the victors, France and England, succeeded in doing so by taking as their own the former German colonies in Africa and by dividing up the Middle East into French and British spheres after the defeat of the Ottoman empire.

A culture of militarism was endemic in France and Germany before and during the war (Figure 9). Conscription played a large role in ensuring the prominent place of war in people’s consciousness. Even before the war French and German young men had to spend two or three years in the military and could be called to serve for 20 more years.

Figure 9
Toddlers in sailor suits and their dog taking shells to the front.
Ceramic at the WW I museum in Peronne

Information was tightly controlled. Letters and cards from the front to families back home were censored and soldiers were not allowed to describe conditions in the trenches. Newspapers back home spoke only about victories and advances to a degree that men returning home from the front could not recognize the war they were experiencing in the descriptions they read in the press.

But the museums do not go into the consequences that the war has had for the world. Nor do they go into the callousness, short sightedness, overweening pride, ambition and stupidity of those who were responsible for starting the war and allowing it to go on and on in spite of the horror and futility.

It is fitting perhaps that the ordinary soldiers, “les petits soldats”, who died are honored and their names inscribed on the stones of monuments. Many of them were sure they were dying and suffering for a noble cause. But what is not so fitting and indeed disturbing is that the politicians and generals who were responsible for the horror and its consequences, who started the war and kept it going, are honored much more than the soldiers who died and suffered. The politicians and generals have boulevards named after them and bronze statues of them placed in the centers of squares.

WW I has lessons to teach us about the dangers of nationalism, imperialism, control of information, militarism, and the blind following of ambitious leaders, but we have not learned those lessons.
~~~~~~~~~~~~~~~~
Curtis Bell is a retired neuroscientist living in Portland Oregon active in the peace movement and the movement for Palestinian human rights.