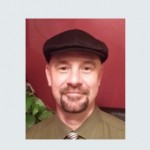 For the full article:
Your Money Better Spent
501 Words
By Adam Vogal

Americans are consistently told that we do not have funds to support the programs that uplift people in our society. According to our politicians, we cannot afford programs that fully fund education, give complete food security to our poorest children, take care of people living near or in poverty, or have health care provided for all American citizens. We even let the bridges over rivers erode and crumble because we are short of funds.

But preparation for nuclear annihilation is crucial. We never question or curtail those funds.

Our representatives, utilizing our tax dollars, are spending $1 trillion just updating U.S. nuclear weapons systems over the next 30 years. There is no plan to spend $1 trillion on meeting human needs during this same time. Imagine the good that could be done with that much money. Now imagine the death and destruction of nuclear war. In this case, it really is an either-or proposition. We can spend $1 trillion on death and destruction, or we can spend it on making America a better place to live and raise our families.

Most Americans are intelligent when it comes to nuclear weapons. We know that if these weapons were used, it would ensure the destruction of life on our planet. We have seen the desolation that just two of these bombs caused in Japan 71 years ago when the power of nuclear weapons was just a miniscule fraction of the power they have today. We understand that updating weapons systems that have no other purpose than to destroy the world should be ended, not prioritized.

American citizens are no longer naïve enough to believe that a nuclear war is an acceptable way to handle our differences. Nobody actually still believes nuclear war is a win-lose situation with America coming out on top. This isn’t the fifties. We know it is a lose-lose all around. The only real safety comes from getting rid of all of the world’s nuclear weapons.

America is committed to spending $1 trillion on something that does nothing to help humanity or our human security. The world sees that we would rather waste our money on weapons than on things that actually help the people of our country and our world. What does that say about us?

We know that too many Americans are hurting, some are homeless, many in need of better education and better jobs today. We also know that $1 trillion goes a long way toward helping everyone achieve real health and security if spent on the programs that would help Americans—and all of humanity—instead of destroy it.

The politicians say we have the funds to spend on weapons that will destroy life on earth. It is time for the people to stand up and insist those funds be used to help our citizens create better lives for themselves and a better world for everyone. We have the funds, we are the ones who worked for them; let’s demand they be spent sanely and humanely.
~~~~~~~~~~~
Adam Vogal, Associate Editor of PeaceVoice, is a Conflict Resolution master’s candidate at Portland State University.