Real Cooperation with Nations Is the Best Survival Tactic 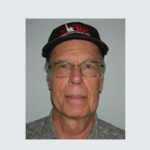 “Unexamined assumptions are the real dictators in culture and society. Too many people in the U.S. believe that human beings are by nature competitive, and competition brings out the best in us. This idea is seldom questioned. Our media saturates us in stories of competition…”

For the full article:
Real Cooperation with Nations Is the Best Survival Tactic
770 Words
By John M Repp

Unexamined assumptions are the real dictators in culture and society. Too many people in the U.S. believe that human beings are by nature competitive, and competition brings out the best in us. This idea is seldom questioned. Our media saturates us in stories of competition. The sports networks give us games all day long. Fortress America looks out and sees danger everywhere, every country wanting to “destroy” us as the foreign policy advisor to Donald Trump writes. Our current economic thinking, so terribly wrong-headed and incompetent, is focused on competition.

Even the teaching of the science of biology, thought to be objective, is full of rhetoric about competition. Darwin’s idea that natural selection is driven by competition is the platform from which too many biologists leap to the conclusion that all life is competitive. But that is a leap too far. Science writer Colin Tudge notes, “Although competition is an inescapable theme of life, the essence of life is cooperation.”

Cooperation makes life possible. The chemical cycles that are the basis of life are more like a square dance than a street fight. Living things have a very complicated structure, lots of different chemicals acting together, depending on each other. The eukaryotic cell, a cell where the DNA is enclosed in a nucleus, evolved when formerly competing, smaller non-nucleated single cell creatures combined to become one organism. A similar evolution happened when multi-cellular organisms evolved. And of course, most plants and animals live in societies. When we look at the ecology of a rainforest, a meadow, or the ecology of the microbes in our gut or the soil, we see an infinite number of exchanges between countless different species that depend on each other. Insects and flowers co-evolved. The whole earth has evolved and acts like one living organism. To quote Colin Tudge again: “Life in general is a balance between competitiveness and cooperativeness, but cooperativeness must prevail – or life could not exist at all.”

Consider climate change. To achieve the goals outlined by the Paris Climate Change Conference of 2015, the nations have to work together. If the U.S. would get serious about climate change mitigation by getting completely off fossil fuels and changing how we farm, for example, and helping fund the rest of the world to do the same, then we would do more for our national security than anything else. We are behind all other advanced countries in climate change mitigation. This is not leadership.

In this historical moment, why have our leaders in Congress and in the White House, very quietly, decided to “modernize” the nuclear arsenal to the tune of $1 trillion? A whole new set of ICBM’s, cruise missiles, a new bomber, and an all-new fleet of nuclear submarines plus all the warheads they carry will be built over the next 30 years. This is totally immoral, illegal, intolerably expensive, massively dangerous, and militarily useless! No wonder this is being kept quiet.

Our leaders are breaking the highest laws of the land. Our nation signed and ratified the Nuclear Non-proliferation Treaty in 1968, guaranteeing that we would abolish nuclear weapons. Treaties rank above all other laws of our land, as noted in Article Six, Paragraph Two of our U.S. Constitution:

This Constitution, and the laws of the United States which shall be made in pursuance thereof; and all treaties made, or which shall be made, under the authority of the United States, shall be the supreme law of the land; and the judges in every state shall be bound thereby, anything in the Constitution or laws of any State to the contrary notwithstanding.
In the face of this blatantly illegal activity by the highest levels of government, we have the right to rebel. We should do it nonviolently, and we should do it now. We should continue the political revolution that the Sanders campaign started.

The people of America can make agreements with all our supposed enemies and order our military to stand down. We should follow Article 6 of the Nuclear Non-proliferation Treaty and get rid of our nuclear arsenal. Instead of spending $1 trillion on a new nuclear arsenal, we should spend it on dealing with climate change.

Tudge is right when he says “the best survival tactic by far…is to co-operate.” We all have a right to live on this beautiful planet. No one should threaten it and when the U.S. nuclear arsenal makes that unconscionable threat it does so in your name and in mine. That is not acceptable.
~~~~~~~~~~~~~~~~

John Repp, syndicated by PeaceVoice, is an essayist and a member of West Seattle Neighbors for Peace and Justice.