Did the Vatican Just Throw Out Its Just War Doctrine? 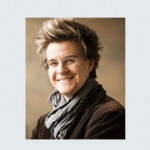 “Last week, the Vatican hosted a conference on the theme of “Nonviolence and Just Peace: Contributing to the Catholic Understanding of and Commitment to Nonviolence,” organized by the Pontifical Council for Justice and Peace along with the global Catholic peace network Pax Christi International…”

For the full article:
Did the Vatican Just Throw Out Its Just War Doctrine?
574 Words
By Erica Chenoweth

Last week, the Vatican hosted a conference on the theme of “Nonviolence and Just Peace: Contributing to the Catholic Understanding of and Commitment to Nonviolence,” organized by the Pontifical Council for Justice and Peace along with the global Catholic peace network Pax Christi International. In their concluding appeal to Pope Francis, the 80 conference participants recommended that he reject Just War Doctrine as a viable or productive Catholic tradition. They also recommended that he write a new encyclical laying out the Catholic Church’s commitment to nonviolence in all of its manifestations—including nonviolent action as a means of engaging in conflict, nonviolent conflict resolution as a way of resolving conflict, and nonviolence as the principle doctrine of the Catholic Church.

If such an encyclical follows, this is a big deal. The just war tradition—which contains numerous doctrines morally justifying violence and war, as well as defining appropriate conduct during war—has served for the past 1500 years as the primary normative basis politicians have evoked (correctly or incorrectly) to validate their waging of war. Because the Catholic Church developed the doctrine between the 4th and 13th centuries, the just war canon has had a monopolistic influence on the way people in the West think about war and violence—whether they know it or not.

Consequently, many people now take for granted concepts like the right to self-defense, the importance of weighing the goals of war against its potential human costs, the need to exhaust other options before going to war, and the necessity of only fighting wars you think you can win. Whether you’re the President of the United States in D.C., a police officer on the beat in Denver, or a student in a self-defense class in L.A., these moral concepts have probably had a deep impact on your thinking and your experience when it comes to the proper uses of violence.

Conference participants acknowledged the main sticking point for many skeptics of nonviolence—that promoting (or using) nonviolence can be difficult in the face of armed aggression. Marie Dennis, co-president of Pax Christi International and a participant at the conference, claimed that the group fully considered this challenge. Yet she argued that the international community hasn’t yet devoted resources to developing or discovering nonviolent alternatives to armed aggression because of our reflexive turn to violence as the only possible response. In her words, “as long as we keep saying we can do it with military force, we will not invest the creative energy, the deep thinking, the financial and human resources in creating or identifying the alternatives that actually could make a difference.”

So—why is the Catholic Church reconsidering now? Reporter Terrence Lynne argues that there are five primary reasons for this—among them the fact that contemporary weapons of war render obsolete any positive impacts that war might have; and what he calls “the compelling, thrilling saga of nonviolent action over the 60 years since Gandhi.” Indeed, among the arguments Pope Francis used to encourage the conference participants was the dramatic rise in the effectiveness of nonviolent resistance over the past century—a trend we hear a lot around the halls of the Korbel School. In fact, one of the participants in this landmark conference was my colleague Maria J. Stephan, whose work on civil resistance in a variety of struggles around the world helped to provide a strong empirical basis for this conference.
How’s that for engaged scholarship?
~~~~~~~~~
Erica Chenoweth is Professor & Associate Dean for Research | Josef Korbel School of International Studies, University of Denver. Originally published at Political Violence at a Glance, republishing permitted.