Dragging our feet toward disaster 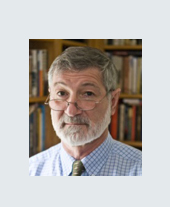 “A United Nations meeting in Geneva this week could have enormous implications for United States national security, but it is being ignored by most of the media and by America’s political leaders. It deserves serious attention…”

For the full article:
Dragging our feet toward disaster
826 words
By Dr. Ira Helfand

A United Nations meeting in Geneva this week could have enormous implications for United States national security, but it is being ignored by most of the media and by America’s political leaders. It deserves serious attention.

A new policy-making body called the Open Ended Working Group will consider ways to break the current impasse in efforts to reduce the danger of nuclear war. The group expects to make formal recommendations to the UN this fall. The initiative is especially important given recent studies on the catastrophic effects that would follow even a limited use of nuclear weapons.
The group was established by an overwhelming majority at the UN. The U.S. and all of the other nuclear weapons states voted against and are boycotting the meeting. Why?

Robert Wood, the U.S. Ambassador to the United Nations Conference on Disarmament, recently defended the American decision in a tweet: “agenda ignores security dimension of nuclear weapons. Only practical and realistic efforts will lead to a world w/o nukes.” His claim would have more weight if the United States were pursuing “practical and realistic efforts” instead of planning to spend $1 trillion over the next three decades to maintain its nuclear arsenal indefinitely.

The real reason for the boycott is that this meeting will explore ways to make the nine nuclear weapons states, which include Russia, China, France and the United Kingdom, live up to their obligations under the Non-Proliferation Treaty of 1970, which requires them to negotiate the abolition of their nuclear arsenals. It very well may recommend negotiation of a new treaty that will effectively ban nuclear weapons, defining their possession as a violation of international law.

Based on the medical evidence, the nonnuclear weapons states are right to call for the elimination of these weapons.

Over the last three years, a series of major global conferences have explored the medical consequences of nuclear war. The new scientific data presented at these meeting have demonstrated the unacceptable, existential threat to humanity posed by nuclear arsenals.

Representatives of the International Red Cross have testified that the world’s leading disaster relief organization can do nothing significant to mitigate the consequences of even a single nuclear explosion, let alone a nuclear war.

Climate scientists and medical experts have presented new data showing that even a very limited nuclear war would cause catastrophic effects worldwide. The fires caused by as few as 100 small nuclear weapons, less than one-half of one percent of the world’s nuclear arsenals, directed against urban targets, would cause global climate disruption. The resulting decline in food production would trigger a “nuclear famine” across the planet and put up to two billion people at risk. A famine on this scale would be unprecedented in human history. While it would not mean the extinction of our species, it would almost certainly mean the end of modern civilization.

A limited war between India and Pakistan, using less than half of their current arsenals, could cause that kind of famine, as could the use of the nuclear warheads on a single US Trident submarine. The US has 14 of them and an arsenal of nuclear bombers and land-based missiles as well.

A full-scale war between the US and Russia using all of these weapons would cause a “nuclear winter,” with ice-age conditions across the planet persisting for a decade or more. The collapse of food production under these circumstances would lead to the death of the vast majority of the human race. It might cause our extinction as a species.

The US and Russia are now engaged in a new game of nuclear chicken in Europe and the Middle East, with the ever-present danger that one side or the other will miscalculate, or that an accident will trigger a nuclear exchange. There have been at least five occasions since 1979 when either Moscow or Washington prepared to launch a nuclear war, in the mistaken belief that they were already under attack.

The determination to hold on to these weapons stems from a deeply held belief that they somehow make a nation more secure. For most of human history, having more powerful weapons did protect us. But as Albert Einstein observed at the beginning of the nuclear era, the splitting of the atom changed everything, except the way we think and thus we head for unprecedented disaster.

If the use of even a tiny fraction of our nuclear arsenal will cause a global holocaust that engulfs us as well as the rest of humanity, how can these weapons be seen as agents of our security? They are suicide bombs. By possessing them, we are a nation of suicide bombers.

Nuclear weapons, the evidence, is now clear, are the greatest threat to our national security. We need to make their elimination our highest national security priority. The U.S. should start by joining the working group in Geneva and, as the next step toward that goal, working for a treaty to ban nuclear weapons.
~~~~~~~~~~~~
Dr. Ira Helfand, syndicated by PeaceVoice, is the co-president of International Physicians for the Prevention of Nuclear War, the recipient of the 1985 Nobel Peace Prize.