How Can We Win America’s Peace? 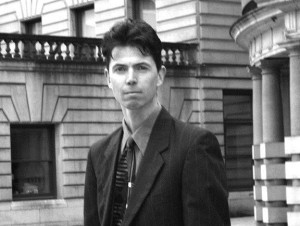 “The United States is in a standoff with Russia over Ukraine. The “war on terror” has been ongoing for 14 years. American political pressure is being brought to bear on any kind of a negotiated agreement with Iran. U.S. military involvement continues in Iraq and Afghanistan as tensions rise with other powers in the region. Yemen is dissolving into a state of civil war and Syria has become a crucible of international conflict, record refugee flight, and armed rebellion…”

For the full article:
How Can We Win America’s Peace?
664 words
By Robert Hinds

The United States is in a standoff with Russia over Ukraine. The “war on terror” has been ongoing for 14 years. American political pressure is being brought to bear on any kind of a negotiated agreement with Iran. U.S. military involvement continues in Iraq and Afghanistan as tensions rise with other powers in the region. Yemen is dissolving into a state of civil war and Syria has become a crucible of international conflict, record refugee flight, and armed rebellion…

“In view of these circumstances there were some who urged that I end the war at once by ordering the immediate withdrawal of all American forces… But I had a greater obligation than to think only of the years of my administration and of the next election. I had to think of the effect of my decision on the next generation and on the future of peace and freedom in America and in the world… Let us all understand that the question before us is not whether some Americans are for peace and some Americans are against peace. The great question is: How can we win America’s peace? … For the future of peace, precipitate withdrawal would thus be a disaster of immense magnitude… It would not bring peace; it would bring more war.”

The casual reader may be forgiven for any confusion with respect to the source of this presidential speech. It could be Barack Obama or George Bush. For that matter, it sounds remarkably similar to what you might hear from John Kerry, Hillary Clinton, John McCain, Jeb Bush, Carly Fiorina or most other recent contenders to the throne in the White House.

The noble quest for peace through ongoing war is eloquently described above by Richard Nixon in his address to the nation on November 3, 1969. In the speech, he invokes Eisenhower, Kennedy, and Johnson before him with respect to U.S. policy in Vietnam, harkening all the way back to Woodrow Wilson’s “war to end war” speech that marked America’s entry into the First World War. All either lies or delusions.

The prevailing political ideology now calls for the U.S. to use its military power to serve the geopolitical interests of the West’s financial and political elite. As in the times of the Nixon and Johnson administrations, the price of this policy is paid with the blood and labor of the common citizen at home and abroad.

Nixon got it wrong, of course. Instead of winning “America’s peace,” his policy brought only three more years of war in Vietnam and cost another 10,000+ Americans lives. The eventual, precipitate withdrawal of U.S. forces that culminated with the Fall of Saigon on April 30, 1973, did not lead to a large-scale bloodbath or an expansion of the Soviet Union into Southeast Asia. Twenty years later, the U.S. would lift trade sanctions against Vietnam, which the U.S. Census Bureau now ranks 13th among trade partners for import commerce.

The concept of waging war to end war is a falsehood. War is the failure or outright dereliction of diplomacy over time. The answer may very well be that there is no war to end war; no war to bring peace. The rise of Hitler, Stalin, and the Second World War was, in any deeper analysis, a consequence of the First. The war in Iraq is a direct consequence of The Gulf War, which was partially the result of U.S. policy in the Iran-Iraq War. The current map of instability in the Middle East can be traced back to the Sykes-Picot Agreement and the Balfour Declaration in World War I. The war in Afghanistan and the rise of the Taliban are repercussions from the Cold War, which was itself a result of WWII.

Forty-five years after Nixon’s disastrous decision to continue the war in Vietnam, the lesson should seem clear. A policy that favors warfare more than diplomacy will not bring peace, as Nixon and his like have long suggested. It will only bring more war.
~~~~~~~~~~~~~~~
Robert Ted Hinds writes for PeaceVoice, is an activist, journalist, and professional analyst. He holds a Master of Business Administration from Washington State University and Bachelor of Science degrees in Psychology and Finance from the University of Oregon.