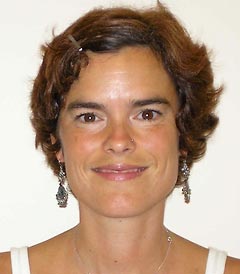 “The Supreme Court has a very mixed track record when it comes to protecting women. As a domestic violence advocate, Criminologist, and activist for a decade, I am deeply concerned that the U.S still fails to prioritize women’s safety. Given that globally more women ages 15-45 die from men’s violence than of cancer, malaria, war and traffic accidents combined, far more needs to be done to protect women and girls. The courts can and should play a far bigger role in doing so.”

The Supreme Court has a very mixed track record when it comes to protecting women. As a domestic violence advocate, Criminologist, and activist for a decade, I am deeply concerned that the U.S still fails to prioritize women’s safety. Given that globally more women ages 15-45 die from men’s violence than of cancer, malaria, war and traffic accidents combined, far more needs to be done to protect women and girls. The courts can and should play a far bigger role in doing so.

In 2000, the court overturned part of the Violence Against Women Act (VAWA) that allowed women to sue their abusers in federal court. So, we can sue darn near anyone for anything, just not the people who hurt us most deeply. In 2005, the court ruled in Castle Rock v. Gonzales that a town and its police cannot be sued for failing to enforce a restraining order. Jessica Gonzales, now Lenahan, had a permanent restraining order against her husband Simon, who had been stalking and harassing her. Simon was prohibited from seeing her son (not his biologically) and the couple’s three daughters except during specified visitation times. Simon violated that order by taking the three girls on June 22, 1999 around 5:15 p.m. Jessica first called the police about two hours later, then proceeded to call multiple times and visit the station in person over the next several hours. The police took no action, even though Simon had called Jessica admitting he had the girls at an amusement park in Denver. At approximately 3:20 a.m., Simon showed up at the Castle Rock police station and engaged in a shoot-out with police that left him dead. The police then noticed the bodies of the three girls in his vehicle. The court held 7-2 that the Colorado statute did not require that police actually enforce restraining orders.
What?! Absolutely insane.

Gonzales and her attorneys took the case before the Inter-American Commission on Human Rights, which ruled that the Supreme Court had erred and that the U.S was violating Gonzales’ human rights through this decision. The IACHR cited international human rights treaties and agreements that urge states to exercise due diligence to prevent, investigate, and punish acts of violence against women and to address shortcomings in legislation that fail to protect women.

In 2014, the court seemed to improve, as it determined in United States v. Castleman that a state law requiring persons convicted of misdemeanor domestic violence, even when it did not involve force, must still surrender their firearms per federal law. In doing so, the court used a broad interpretation of domestic violence, recognizing it as more than physical.

Yet the court screwed up again, although this time on a case not specifically about abuse. On June 1, 2015, in Elonis v. United States it ruled 7-2 that a man’s threats to his wife via Facebook were not such a big deal, as there was no indication that he intended to threaten her. In one of the first cases to address free speech via social media, the court rejected the “reasonable person” standard that is typical in cases of verbal threats. Anthony Elonis of Bethlehem, Pennsylvania was convicted in 2012 and the conviction was upheld by Third Circuit U.S. Court of Appeals in 2013. The court did not specify what would actually constitute a threat via social media. Instead, its decision was related to the statute on which Elonis was convicted. The federal statute, 18 U. S. C. §875(c), says that anyone who “transmits in interstate or foreign commerce any communication containing any threat to kidnap any person or any threat to injure the person of another” has committed a felony punishable by up to five years in prison. Elonis served 44 months. The statute does not specify that the individual intended to make a threat nor that a court must determine his or her mental state.

Among Elonis’s gems to his wife, Tara, was: “There’s one way to love ya, but a thousand ways to kill ya, And I’m not going to rest until your body is a mess, Soaked in blood and dying from all the little cuts. Hurry up and die bitch.” A judge determined this was indeed threatening and granted her a restraining order requiring that Elonis not only stay away from his wife physically but that he also cease contacting her online or posting anything about or to her. Yet three days after the restraining order hearing he was at it again, posting a joke, and then a week later writing, “Fold up your protective order and put in your pocket. Is it thick enough to stop a bullet?” He then posted that he wanted to “make a name for himself” with “the most heinous school shooting ever imagined.” This caught the attention of FBI agent Denise Stevens, who paid Elonis a visit. Even that didn’t stop him, as he posted after she left: “Little agent lady stood so close. Took all the strength I had not to turn the bitch ghost. Pull my knife, flick my wrist, and slit her throat. Leave her bleedin’ from her jugular in the arms of her partner.” Elonis contended that his posts were in the form of rap music and thus were merely expressive.

In failing to address the fact that Elonis persisted in these hateful and scary comments after the restraining order was issued, the court again protected abusers, not victims. One of the first things a domestic violence advocate knows is that if an abuser is making claims that he intends to hurt his partner, we should go ahead and presume he will at some point act on them.
~~~~~~~~~~~~~~
Laura Finley, Ph.D., teaches in the Barry University Department of Sociology & Criminology and is syndicated by PeaceVoice.