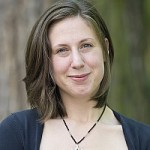 “The 2014 general elections are around the corner and candidates are walking political tightropes in hopes of earning our votes. But, what if candidates had to earn the votes of all the people whose lives would be directly impacted by their appointment?”

For the full article:
Victims of US Foreign Policy Deserve Our Votes
489 Words
By Erin Niemela

The 2014 general elections are around the corner and candidates are walking political tightropes in hopes of earning our votes. But, what if candidates had to earn the votes of all the people whose lives would be directly impacted by their appointment?

Imagine the speech Sen. Lindsey Graham would need to give the citizens of Syria in order to earn their votes, particularly those who spent a year dutifully working nonviolently for democratic transformation in the face of brutal repression only to see their efforts quickly degrade with every US arms transfer. Graham was one of the first US politicians to openly endorse arming Syrian rebel factions. He’s now endorsing an American commitment of 10,000 boots-on-the-ground in Syria and Iraq to fight ISIL, because the airstrikes that have killed more than a dozen civilians and sent hundreds of thousands more refugees to Turkey aren’t helping enough.

This is our 13th year of war in Afghanistan. What if Afghan citizens were allowed to vote? Would candidates address the 77 percent of Afghans who said they fear encountering international forces, as recorded in the December 2013 Asia Foundation survey, “Afghanistan in 2013: A Survey of the Afghan People.” Would it be enough for Afghans that candidates addressed their top national and local concern – insecurity – while ignoring close second and third concerns – unemployment and corruption? It’s difficult to imagine how our candidates might appeal to the 68 percent of Afghan respondents who would be afraid to participate in a peaceful demonstration – for fear of foreign forces.

“What difference does it make to the dead, the orphans, and the homeless, whether the mad destruction is wrought under the name of totalitarianism of the holy name of liberty of democracy?” Mahatma Gandhi asked this question in his 1942 text “Non-Violence in Peace and War.” Perhaps it’s time to direct this question to our democratically elected politicians who enact the violent foreign policies that bring suffering into the lives of everyday people abroad.

If our government continues to authorize and implement violence against global citizens in our name, on our behalf, through claims of democracy, then it is our duty to vote on their behalf.
But, let’s not confine ourselves to representative democracy. Our representatives get the gigs with votes, but also with major obligations, as reported by the New York Times on Oct. 10, 2014, to the secret donors paying for more than half of fancy general election advertisements. What’s in order is some good old-fashioned direct democracy; our government’s misconduct around the world must be met with civil resistance at every opportunity.

Majority rule should never trump human rights. Citizens in Afghanistan, Syria and Iraq don’t get to vote, but they certainly feel the full weight of any results. It’s our obligation to the disenfranchised recipients of violent US foreign policies to use our supreme powers of disruption and disobedience to degrade every sector and institution until justice is served – for democracy’s sake.
~~~~~~~~~
Erin Niemela is a Master’s Candidate in the Conflict Resolution program at Portland State University and Editor for PeaceVoice.