Ending the Government Hate Spiral by Curing the Ethical Defect 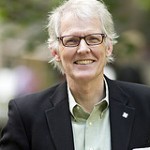 “Last month my wife spent two hours waiting at the Department of Motor Vehicles. This past week, at the suggestion of a DMV call center employee, I spent just 45 minutes because I arrived at 7:30 a.m., a half-hour before DMV opened. DMV workers are not unaware that they are generally hated, as is the institution for which they work, the state.”

For the full article:
Ending the Government Hate Spiral by Curing the Ethical Defect
694 Words
By Robert J. Gould

Last month my wife spent two hours waiting at the Department of Motor Vehicles. This past week, at the suggestion of a DMV call center employee, I spent just 45 minutes because I arrived at 7:30 a.m., a half-hour before DMV opened. DMV workers are not unaware that they are generally hated, as is the institution for which they work, the state.

This experience reminds me of so many of the experiences that citizens have with the various government institutions in the U.S. I certainly don’t have contact with all of these government services, but of the ones with which I have had direct contact, I’ve noticed the level of frustration that is entailed, whether it is taxation, licensing, approvals, schools, or regulatory agencies. These experiences feed the hatred of government; this hatred is not just the emotion of the political right, it also includes the middle, and left. It is no wonder that anti-government hate led Howard Jarvis, author of the famous 1978 anti-taxation Prop 13 in California, to spearhead a nationwide tax revolt.

Unfortunately, cutting taxes and limiting government have so vastly underfunded government services that they cut the capacity of government to decently provide any service.

This is the Government Hate Spiral, where chronic underfunding leads to diminished capacities to serve the public, which leads to further hate-driven tax cuts, which then leads to…you know where I’m going with this–the death spiral of government, where the only thing that the U.S. government does well is lose expensive wars. Does anyone remember Vietnam, Iraq, and Afghanistan? Those were colossal failures, though now we have an effort to resurrect our Middle East wars from the ashes as the Phoenix War Against ISIS—a war that finally does make sense, a war to defend the homeland from a real threat, and provide humanitarian relief for the Yazidis, Kurds, Shi’a, Iraqi Christians, and Syrian moderates. Oh wait; can this story be trusted?
Can the government story ever be trusted? How many lies finally push open a credibility gap too wide to span? In the 1960s, the new left said “Question Authority.” Now conservatives say the same thing, when it comes to government services, but not war. Conservative leaders, other than Ron and Rand Paul, believe we have not quenched our thirst for war.

How can we turn the Government Hate Spiral around? My suggestion is to rebuild government from the local level up to the federal. I’m generally a big fan of nonprofit organizations because they so often provide such great services in the public interest. This is different from the privatization of government services. I do not mean businesses like profit-making prisons, where the incentive is to make more money by having more prisoners serve longer sentences, even for nonviolent convictions.

My suggested rebuilding of government would limit government to two things, collecting taxes fairly and funding nonprofits that have a track record of actually serving the public, without citizen frustration and fear. This means that even the military-industrial complex needs to be a nonprofit set of organizations that do not traffic in fear, but rather the real security interests of our citizens and indeed others in dire need. Decisions on taxation and the funding of nonprofits must be reviewed by publicly elected officials and should be the subject of ongoing citizen discussion.

Our democracy was borne out of ethical necessity; it is now overdue for a makeover to answer to unforeseen ethical defects that are visible and systemic.
~~~~
Robert J. Gould, Ph.D., is an ethicist, writes for PeaceVoice, and directs the Conflict Resolution Program at Portland State University.