Violent Conflict: We Can Do Better 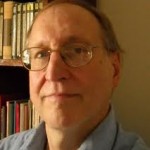 “Pres. Obama’s speech on dealing with ISIL — the violent Islamic movement in Syria, Iraq, and elsewhere — was front page news around the US. Newspaper headlines quoted Obama’s assertion that “we will degrade, and ultimately destroy ISIL.” Now Congress is backing him.
Pres. Obama’s military focus echoes our nation’s accustomed response in numerous situations deemed threatening: from the coups we engineered in Iran in 1953, Guatemala in 1954, the Vietnam War, to Nicaragua in the 80s, and war in Afghanistan and Iraq.”

For the full article:
Violent Conflict: We Can Do Better
640 Words
By Glen Gersmehl

Pres. Obama’s speech on dealing with ISIL — the violent Islamic movement in Syria, Iraq, and elsewhere — was front page news around the US. Newspaper headlines quoted Obama’s assertion that “we will degrade, and ultimately destroy ISIL.” Now Congress is backing him.

Pres. Obama’s military focus echoes our nation’s accustomed response in numerous situations deemed threatening: from the coups we engineered in Iran in 1953, Guatemala in 1954, the Vietnam War, to Nicaragua in the 80s, and war in Afghanistan and Iraq.

That few experts consider any of these violent responses “successful” should encourage skepticism regarding a new campaign that is almost entirely military focused.
It’s time for fresh perspectives and alternatives. Here’s a start:

A few weeks after 9-11, in a major foreign policy address at the US Naval Academy, Pres. George W. Bush asserted there are three pillars to US security: Defense, Diplomacy, and Development.
Now imagine sitting on a three-legged stool with one leg roughly the size of a baseball bat – that’s Defense – and each of the other two legs the size of a pencil! Yes, Defense receives fifty times as much funding as either Diplomacy or Development. Sadly, this imbalance undermines how effectively we can respond to conflict.
We’ve spent $2 trillion on war in Afghanistan and Iraq, offering a small percent of that as building roads, schools, and hospitals – “Development” activities.
What if from the beginning, we had worked with other countries to focus on underlying issues like poverty, ethnic conflicts, government corruption… while also strengthening underdeveloped international institutions?

There are also untapped insights from nonviolent movements that include and go beyond diplomatic and development strategies. Unfortunately for many people, “nonviolence” is caught in crippling stereotypes – that it is weak, passive, ineffective.

The truth is, nonviolent movements have been more successful in more places than military force. They’ve been effective against ruthless regimes like apartheid in South Africa, Marcos in the Philippines, the widespread Velvet Revolution in Eastern and Central Europe, the Nazis in Denmark and Norway, to name a few. Why has the most effective response to violent opponents been absent from public debate on ISIL?

In fact, the tradition of nonviolence offers very useful insights to counter the tendency to emphasize military options and downplay diplomatic and development strategies. Nonviolence encourages us to:

– Seek to interrupt, not feed the “cycle of violence.” Recognize that military responses more often than not backfire, often provoking a counterproductive violent response. Nonviolent movements in contrast are grounded in respect for the opponent while organizing large numbers of people to withdraw support for and resist violent behavior.

– Limit the ability of terrorists or dictators to obtain arms, recruit adherents, or rally citizens whose real interest is throwing off their shackles, not defending their oppressors.

– Understand that political leaders derive their power from the people and there are more ways for nonviolent movements to withdraw that power than for leaders to command it.
There is also significant overlap between development strategies and what nonviolent movements emphasize to achieve what military action cannot:

Seek broad international support and strengthen international institutions to work for large-scale, sustainable, enduring change that prevents violence by addressing root causes.
Such insights have undergirded effective movements around the globe and throughout history. They embody the practical as well as ethical superiority of diplomacy, development, and nonviolence.

Americans are ready for change. Campaign Nonviolence recently called for nonviolent local action in the week following the UN Day of Peace, Sept. 21. Groups in more than 200 communities in every state have stepped up with activities bringing together and addressing climate change, violent conflict, and poverty!
The discussion regarding ISIL urgently needs to be broadened to include diplomatic, development and nonviolence alternatives. We owe it to the people of the Middle East, and any soldiers we put into harm’s way, to work with other nations to plan and implement such alternatives.
Glen Gersmehl has developed resources and led education programs on security and nonviolence for hundreds of community, university, and religious audiences. He serves as national coordinator of Lutheran Peace Fellowship.