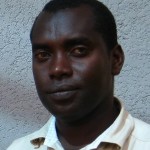 “After the genocide and war that destroyed the social fabric among Rwandans, different approaches have been used to restore hope, heal the wounds of the past and build social cohesion. “Community based sociotherapy” is one of the approaches introduced by the Byumba Anglican Diocese operating in the Northern Province of Rwanda.”

After the genocide and war that destroyed the social fabric among Rwandans, different approaches have been used to restore hope, heal the wounds of the past and build social cohesion. “Community based sociotherapy” is one of the approaches introduced by the Byumba Anglican Diocese operating in the Northern Province of Rwanda.

Community based sociotherapy is understood as a way to help people come together to overcome or cure their problems. The approach helps people in a group format, where group members are given an opportunity to help their companions to overcome problems, as well as solve their own. Community based sociotherapy was first introduced in Rwanda in 2005. The program has been remarkably successful in assisting Rwandans in dealing with the consequences of genocide and war.

The group is used as a therapeutic medium to establish trust, confidence and open environments for discussion and peer-support structures. The approach has helped bring many people to recognize their mistakes and ask for forgiveness during the time of the Gacaca courts – transitional justice courts established in 2001 and designed to promote healing after the genocide – in Rwanda and to build up reconciliation and unity in the community. Applying the approach, the Byumba Anglican Diocese has tirelessly contributed to assisting wounded people in dealing with the psychosocial problems unresolved by the Gacaca courts.
Sociotherapy is defined by its practitioners, contributing to the 2008 book “Here We Are,” as having six conditions:

– Safety: It is necessary to know that the people you look after are safe.
– Trust: It is necessary for the people in need to trust the individual who can help, because when there is no trust, those in need cannot move forward.
– Care: People who need help need to understand that there are individuals within the group who are able to take care of them.
– Respect: People need to know that even after they have shared their problems with the socio-group, they will still have the respect of its members.
– New rules: These are the rules set up and agreed upon by group members, thus providing a new start for living in harmony.
– Memory of emotions: The participants have the right to remember what happened to them and to be able to live with these memories, developing what is good and breaking through the bad.

Many testimonies on the healing effects of sociotherapy have emerged over the years in Rwanda. Participants have been able to alleviate their trauma by finding a space for sharing their hurting memories and wounded emotions. Raped women have been given the opportunity to talk about what has happened to them in safety with individuals who care. Through this approach, affected Rwandans have been able to move forward and give pardon to their abusers. They have learned to trust others and, as a result, realize that their lives can continue with meaning. The success and effectiveness of this method can be partially attributed to the fact that group relationships and community life are so integral to the Rwandan people.

Program leaders are making efforts to expand this approach to the entire territory of Rwanda. Currently they are working in the four provinces of the country in a consortium with two other organizations. Hopefully, such practices will also spread to additional locations outside of Rwanda where suffering has occurred. Restoring communities and relationships, healing traumas and promoting positive peace within and among communities and nations should be a high priority for all governments around the world.

~~~~~~~~~~~~
Jean de Dieu Basabose, syndicated by PeaceVoice, co-founded and co-directs Shalom Educating for Peace and has more than 10 years of experience in peacebuilding work. A version of this article was originally published at Insight on Conflict.