Educating the Taliban – Lessons in Counterterrorism From Professor Khan 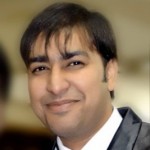 “Pakistan’s Tribal region is the assumed headquarters of one of most dangerous militant organizations, Tehreek Taliban Pakistan (TTP), which began an insurgency against the state in 2007. During the ongoing security forces operation “Zarb-E-Azb” against TTP, Pakistan’s army celebrated on Friday, August 29, when Professor Ajmal Khan, vice-chancellor of Islamia College University, was freed after four years in Taliban captivity. But the keys to his freedom involve not only governmental actions or the protestations of Pakistan citizens, but also Khan’s own secret, powerful weapon: Education.”

For the full article:
Educating the Taliban – Lessons in Counterterrorism From Professor Khan
443 Words
By Rizwan Zulfiqar Bhutta

The Pakistani Taliban abducted Khan from Peshawar in September 2010, and for four years he wondered at what moment the TTP would simply shoot him and release video of his killing as a warning to others.

Khan appeared in several TTP-orchestrated video messages asking the government to negotiate his release. Government officials said that, despite many rounds of back-channel talks in the past, the Taliban had refused to release Khan and demanded the release of important militant commanders held by Pakistan security forces. Pakistan human rights activists, university teaching staff and students in the Northwest had protested Khan’s kidnapping many times but all efforts to recover him were futile.

During his time in captivity, Khan started teaching two children of the Taliban. As time passed, other children came to learn, and by the time he was released, Khan was teaching English and math to 32 children of Taliban members.

On his return, Khan wore a long beard and appeared in good health despite his long captivity. The militants had treated him well, giving him medication for his heart condition and a radio so he could keep up with current affairs. Perhaps one effective effort toward Khan’s relatively favorable treatment and release was his own – a dedication to education, despite and because of the threat of imminent violence.

Education is one critical investment we can make as a global society toward the eradication of organized violence and terrorism, and Khan’s investment in his education and that of 32 children may have kept him physically unharmed during his four-year tenure as a Taliban prisoner. Inside the lion’s den, Khan planted seeds of self-actualization and critical thought that may grow in coming years, but we’ll need to water those seeds as a global community.

Khan was willing to improve the world – especially the world of those 32 children – while under threat of violence, and we should follow his example despite and because of the epidemic of violence we currently face. Khan, like many around the world, was surrounded by weapons of destruction. But it is the weapons of construction and transformation, such as education, which are the most powerful of all.
~~~~~~~
Rizwan Zulfiqar Bhutta (@rizbhutta), writing for PeaceVoice, is an International broadcast journalist and regional affairs expert for South Asia, and works for peace and stability in the region.