Media Coverage May Fuel the Flames in Ferguson 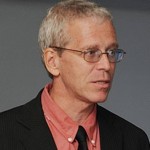 For the full article:
Media Coverage May Fuel the Flames in Ferguson
589 Words
By Steven L. Youngblood

There has been some productive, analytical coverage, including an article in the Kansas City Star on August 18, 2014, “Violence in Ferguson Didn’t Have to Happen,” in which the authors highlight nonviolent perspectives in the Ferguson community, a CNN town hall meeting about race on August 19, 2014 and an insightful NPR report on August 19, 2014 about daily life amid turmoil for Ferguson residents. However, much of the Ferguson coverage has been superficial, sensational and lacking context, while feeding well-worn stereotypes and narratives. Instead of informing and empowering the Ferguson community to resolve their conflict nonviolently, irresponsible mass media coverage, in large quantities, seems to have only fanned the flames of this conflict.

My colleagues and I conducted an advanced news search of 318 newspapers’ coverage of Michael Brown’s death and the aftermath in Ferguson on Aug. 18, 2014. Our search showed hits but, of course, didn’t address tone, nuance or quality. Still, the results are revealing. The news search showed intense coverage of “Ferguson, Missouri” (389 articles) and “Ferguson, Missouri and riots” (197 articles). Also, a simple Google search turned up 1,320,000 “Ferguson riots” videos.
While no one would suggest that the riots and civil unrest should be ignored by journalists, one could argue that excessive media coverage of the unrest in Ferguson overshadows the reason for the conflict—Michael Brown’s killing.

The coverage in Ferguson is reminiscent of traditional war coverage that centers on the “action”–who bombed whom–while marginalizing the underlying causes of the conflict and the search for peace. Our news search uncovered two articles under “Ferguson, Missouri and peaceful solutions,” and zero articles for “Ferguson, Missouri and finding peace.”
Michael Brown’s portrayal is also revealing. The database search showed 1,061 newspaper stories about Brown. Of these, “Michael Brown and victim” had just five articles, and “Michael Brown and innocent” yielded six articles. Meanwhile, “Michael Brown and criminal” had a whopping 337 hits – meaning that stories linking Brown to criminal activity occurred in over one-third of the total stories mentioning his name.

The coverage of Brown typifies the media narrative of young black men as criminals and thugs, a narrative well documented by researchers and easily illustrated by ubiquitous news coverage of the video allegedly showing Brown stealing cigars from a convenience store. Most media responsibly noted that the robbery did not seem to have a connection to the attempted arrest of Brown. Yet, as anchors repeated this over and over, they also showed the video over and over, leaving a powerfully negative impression on the viewer that no words or disclaimers can wash away.

More responsible reporting using a peace journalism framework would not blame the victim. Better reporting would highlight the voices of a broader range of peacemakers and explore solutions to the crisis in Ferguson. More responsible coverage would eschew the sensational live video coverage of the stand-off. Better still, media coverage could have proactively spotlighted the striking racial imbalance in Ferguson between the police and the population and, in the process, encouraged a much needed dialogue.

Given the tone and volume of current news coverage, it’s hard to conclude that media coverage hasn’t exacerbated the crisis in Ferguson. Perhaps media should pay better attention to their potential real-world impacts and take responsibility for their coverage.

~~~~~~~~~~~~~
Steven L. Youngblood (steve.youngblood@park.edu), syndicated by PeaceVoice, is the director of the Center for Global Peace Journalism at Park University in Parkville, Mo.