Do (Fill in the Blank) Value Life Less than We Do? 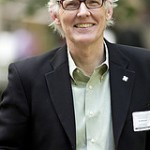 “During the Vietnam War, my mother, an otherwise sweet and compassionate person, said “they” (Vietnamese) don’t value human life like we do, suggesting that I be more comfortable killing them. I never was comfortable with the idea of killing them, and so I didn’t.”

For the full article:
Do (Fill in the Blank) Value Life Less than We Do?
618 Words
By Robert J. Gould

During the Vietnam War, my mother, an otherwise sweet and compassionate person, said “they” (Vietnamese) don’t value human life like we do, suggesting that I be more comfortable killing them. I never was comfortable with the idea of killing them, and so I didn’t.

However, I still hear some people say that an “enemy” doesn’t value human life like we do. Over the years, the enemy changes, but the refrain is the same: some people on “our” side believe that enemies think life is cheap and therefore expendable, to be easily sacrificed. While these same people in our society believe that we, and probably our allies, think life is sacred, and only sacrificed in freely chosen heroic acts.

Whenever mass violence and war breaks out, the mainstream media decides (most often with the help of government spokespeople) who are the good guys and who are the bad guys, who is the enemy and who are the allies. Once this occurs, and media footage and commentary follow the script, it is surprising how many members of the public become comfortable with the killing of “enemy” people, especially when they are of another race, nationality, or religion.

Suddenly the term, “enemy,” expands to the whole population of people (civilians, children, the elderly) and they collectively become evil, treacherous, and targetable. We can justify our hard-heartedness towards this enemy by saying they do not value human life like we do. We look at what the enemy has done to us, or our allies, and ignore what we, or our allies, have done to them. Through the entire news cycle, the mainstream media, selected public officials, and commentators continually feed this mismatch of perceptions. The psychological term for perceiving the enemy to be inhuman is called, “enmification.” Perversely, then, life becomes cheap for us, as long as it’s lives of the enemy. Falsely seeing the enemy as evil, and then doing evil to them, is deeply ironic and twice as unethical.
This enemy-making process reminds me of figuring out which team to cheer for, and which team to hate. We can come up with the flimsiest of reasons to support our choice. I cheer for Green Bay and disfavor that team from Texas for no good reason. But I don’t want any players of the Texas team to be killed, certainly not at the hands of the Green Bay players. It’s just a game, a bit of friendly competition.
But in so many ways (sports, justice, neighbors, celebrities, to name a few categories), we judge who is better, and who is lesser. I call this our tendency to take the judgmental view—very popular now in the world of quick-take, Internet opinions.

What would the world look like if we took a compassionate view? It would look like the world that my international students in conflict resolution tell me about, a world where every culture has a spectrum of good, caring people who just want to live their lives in peace, and extremes of people who have been driven to use violence out of fear or the evils of oppression.

Across the globe, we all similarly value life, but security fears, and campaigns for self-rule, often drive people to violence. They resort to violence because they have yet to learn the power and effectiveness of nonviolence, which has now been thoroughly studied to show how it has become much more effective than violence in creating security and democracy. Excusing violence against people by claiming that they don’t value life is one of the greatest ethical oxymorons of our time. This practice should be abandoned forever.
~~~~~~~~~~~~~~~
Robert J. Gould, Ph.D., an ethicist syndicated by PeaceVoice, directs the Conflict Resolution Graduate and Undergraduate Programs at Portland State University.