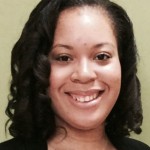 ““Why are you [reading] so much?” “Why are you speaking so properly?”
On July 27th, at a town hall in Washington D.C., President Obama illuminated these questions—questions he often hears from youth in predominately black neighborhoods where some children are afraid to learn. Yes, afraid. This fear is brought on by the taunting many well-educated black individuals receive because their peers believe that being well read and articulate constitutes “acting white.””

For the full article:
Our Education Crisis: American Children Afraid to Learn
756 Words
By Jeanine Russaw

“Why are you [reading] so much?” “Why are you speaking so properly?”
On July 27th, at a town hall in Washington D.C., President Obama illuminated these questions—questions he often hears from youth in predominately black neighborhoods where some children are afraid to learn. Yes, afraid. This fear is brought on by the taunting many well-educated black individuals receive because their peers believe that being well read and articulate constitutes “acting white.”

Covertly racist corporate media and hegemonic Caucasian opinion make dangerous implications that suggest minorities are both incapable and unwilling to learn and our education system reflects these untruths. These implications only create innumerable obstacles and widen the achievement gap between whites and people of color in America. Knowledge is power, and our own ignorance of socially constructed racial characteristics and the ludicrous expectations we make based on those characteristics must stop. Only then will we create a society where everyone has equal access to this nation’s highest right: The freedom to learn.

What does “acting white” look like? In mainstream America, this is going to a quality school, actually paying attention and being able to provide a well thought-out answer when questioned by the teacher in class.
What does “acting black” look like? On the other end of the spectrum, there is blackness: Cutting classes whenever possible, looking like a fool when called on by the teacher, consequently serving—and cutting – detention, blowing off all homework assignments and failing and repeating your current grade.

These low expectations lead to a fear of succeeding, because it will go against the “status quo,” and to the misallocation of resources in black communities that neglects education. In his 2005 book, “Shame of the Nation,” author and journalist Jonathan Kozol calls our education system “apartheid schooling.” In his latest book, “Fire in the Ashes,” published in 2012, he recalled many children of color with whom he worked often had their education consistently interrupted. When they were able to go to school, their underserved public schools “resembled those of Mississippi fifty or one hundred years before.” Why is nothing done about this? Cruel reality check: Nothing is done because the expectation of achievement for these students is low. For mainstream white America, they’re not worth the effort.

Is it any wonder why little Billy feels that, as a young black boy, he’s neither capable of, nor supposed to demonstrate, intelligence? It’s not entirely his fault. He’s simply conforming to what American society expects. His parents experienced this as well. Maybe he has no one to tell him to dream bigger—to look beyond what this society is handing out and reach for what his true intelligence and abilities may allow him to achieve. This includes reaching his full potential with access to quality education, encouragement to learn, and a belief in the efficacy of doing so.

So, how do we interrupt this pervasive and damaging racial divide in our education system? We should discard the notion that “acting black” means being more interested in hip hop culture than literature. Let’s renounce the misconception that “acting white” means growing up in suburbia and speaking properly. We ought to refuse to pander to the discriminatory foundations on which this society was founded—the society that hated dark skin and ethnic features so much that a person with only “one drop” of African blood was forever labeled as a second-class citizen – or three-fifths of a person – in her own country.

Understanding the social construction of “race” would help as well. We are all human beings; the idea of “race” in this country is little more than a socio-political structure to delineate between the “haves” and the “have-nots.” The United States’ capitalistic system thrives on that. Coming to grips with this truth will speed up our inevitable rejection of this outdated, harmful notion.

My dream is that we as Americans will one day move into an actual post-racial era where content of character is not socially predicted by “race.” That people of color won’t be afraid to learn, and highly educated “minorities” will be the norm. My dream is to see a world in which black youth do not purposely dumb themselves down in an effort to keep pace with what is expected of them, and educators won’t expect them to lack intelligence. We need a cultural shift of our understanding of race. All children have a natural capacity to learn. Our educational system – our teachers, administrators and policies – needs to reflect this. The future of America depends on it.
~~~~~~~~~
Jeanine Russaw (jmarierussaw@gmail.com) writes for PeaceVoice, is a multimedia journalist, and a journalism student at Hofstra University.