Nothing new under the Gaza-Sderot Sun 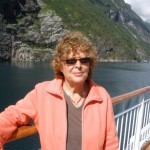 “The temperatures keep rising in the hot Gaza-Sderot region; after all it’s July. But it’s not the heat that is making our lives unbearable; it’s the renewed terrifying and senseless violence that within 24 hours spun out of control, affecting Tel Aviv, Jerusalem, and points further north. It’s the ‘here we go again’ lethal ping pong of Israeli bombings in Gaza and rocket attacks on Israeli communities.”

For the full article:
Nothing new under the Gaza-Sderot Sun
1,128 Words
By Julia Chaitin

The temperatures keep rising in the hot Gaza-Sderot region; after all it’s July. But it’s not the heat that is making our lives unbearable; it’s the renewed terrifying and senseless violence that within 24 hours spun out of control, affecting Tel Aviv, Jerusalem, and points further north. It’s the ‘here we go again’ lethal ping pong of Israeli bombings in Gaza and rocket attacks on Israeli communities.

In the south, we knew that after Prime Minister Netanyahu declared the Hamas responsible for the murder last month of the three boys – Naftali, Gilad and Eyal – Israelis lucky enough to have ‘safe rooms’ would soon be running in their direction. Even though the intelligence branch of the army knew that the terrorists came from Hebron, the air force was sent to punish Gaza. This is the script we know by heart: we go in and bomb, they respond with rockets.

It is not always satisfying to be in the know.

We in the south have learned that the occasional periods of ‘quiet’ are only temporary. For years, nothing has changed. The blockade on Gaza continues, there is no direct contact between the Hamas and Israeli governments, and the hatred of Israelis and Palestinians toward one another has only grown, since we have no opportunities to get to know one another, as ordinary people.

Even though many Israeli politicians have succeeded in convincing most Israelis that we must hate our Gazan neighbors, some of us refuse to believe this ‘given’. I belong to a grassroots organization, Other Voice, which tries to break this cycle of hatred and violence. Our members all live and work in the area close to the Gaza border. We keep in ongoing contact with friends in Gaza via phone, e-mail, Facebook and Skype – even during these times of war. We share stories about our families and our lives. We hear how Gaza has become a nightmare. When rockets are fired onto our communities, they contact us to hear if we are safe. We connect through our common experiences of suffering and despair, though we Israelis know that for as bad as we have it, our neighbors have it tenfold worse.

On rare occasions, when a friend manages to secure a permit to enter Israel (for example, to go for needed hospital treatment or to attend school abroad), we meet face to face. We are able to look into one another’s eyes, and to give one another a hug. We have the extraordinary opportunity to eat lunch together at the café at the Yad Mordechai junction. We become ‘normal’ neighbors, even in only for one hour.

Unfortunately, we have not succeeded in convincing many Israelis to join us in a non-violent path out of this madness. We are usually perceived as being naïve (at the least) or as traitors (at the worst), for not demanding that Gaza be leveled to the ground.

Up until yesterday, we who live our lives in a war zone had two options: either live life close to/in a ‘safe room’, or for those who do not have one, leave for ‘safe ground’ when the violence erupts. This second option more or less disappeared yesterday when we learned that the Hamas and the Islamic Jihad possess rockets that can reach distances of 160 kilometers.

But even though most of Israel is now in rocket range, it is still wise for those in the south to have an escape plan. It is crucial to maintain good relations with friends and family who live in the northern areas of the country, or to have money for a hotel room when the tzivei adom (red alerts) play their familiar tune. If neither of these are possibilities, then one can hope that kibbutzim in the north will open their doors until things calm down. It is also important to have two suitcases packed – one for winter and one for summer, because when the attacks begin again, you will neither have the peace of mind, nor time, to put in t-shirts when it’s hot or sweaters when it’s cold. Being prepared can be the difference between remaining sane or becoming traumatized, or worse, between living and dying.

While we Israelis are able to plan ahead, at least to some extent, our Gazan neighbors do not have this luxury; they have nowhere to run, and nowhere to hide. Our friends tell us that during renewed violence, they congregate in their family home, hoping that if the end is near, at least they will be with their loved ones. I would not want to live the kind of life that they have – being terrorized by the Hamas dictatorship, blockaded by Israel, regularly attacked by the Israeli air force, locked out of Egypt, and forgotten by most of the world.

However, I am far from happy with my life on this side of the border. Our ‘leaders’ have knowingly put us in harm’s way, while spinning a story that we are protected by the Iron Domes and that by “continuing to be strong”, we will prevail. We are supposed to be grateful and feel secure, and thank our ‘leaders’ for wreaking havoc on the civilian population in Gaza. We are supposed to thank our army for bombing 160 targets last night in Gaza that left 24 dead and hundreds wounded – a number of them innocent men, women and children.

Psycho-social research on the long-term effects of inter-group conflict has shown that by keeping people separated from one another, reinforcing distrust of the enemy, and repeating negative stereotypes of people that are not “one of us”, short-term conflicts become long-term intractable ones. Furthermore, when societies are caught up in such perceptions, they only see themselves as victims, losing the ability to imagine a future of peace with the monstrous ‘other’. We become convinced that our ‘enemy’ is sub-human and that this ‘reality’ is our fate.
Life along the Gaza-Sderot border is a living example of these research findings.

In Ecclesiastes (1: 9-11), it is written that: What has been is what will be, and what has been done is what will be done, and there is nothing new under the sun.
In our region, innocent Israelis and Palestinians are being burnt by the rounds of endless revenge. Every boom, every siren chips away another piece of our soul. We are told that history has proven that our peoples can never live together in peace, and that we will only be safe, when the other is destroyed. We in Other Voice say that revenge has run its course. It is time for Israelis and Palestinians to find ways to bask together in the sun of this once beautiful area, and re-write the future history books.
~~~~~~~~~~~~
Julia Chaitin is a Social Psychologist and Senior Lecturer at Sapir Academic College. She writes for PeaceVoice and lives on a Kibbutz nearby Gaza.