A Day to Celebrate Peace 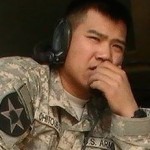 “Do you think Memorial Day should be more than just a day to remember those we have lost as a nation during times of war and hatred? Or should Memorial Day be altered to reflect times of peace and rejoicing to no more lives lost and for war to be over? I believe we can and should make it a day of peace.”

For the full article:
A Day to Celebrate Peace
560 Words
By Eric Chitoubol

Do you think Memorial Day should be more than just a day to remember those we have lost as a nation during times of war and hatred? Or should Memorial Day be altered to reflect times of peace and rejoicing to no more lives lost and for war to be over? I believe we can and should make it a day of peace.

Memorial Day was created three years after the Civil War ended on May 5th, 1868 by the head of an organization of Union veterans known as the Grand Army of the Republic. The founder, Major General John A. Logan, declared Memorial Day is observed on May 30th to decorate the graves of those who died during war. The first observance was held at the Arlington National Cemetery.

Currently the United States continues to celebrate those we have lost during times of war. We as a nation mark Memorial Day as a constant reminder of the hate, the loss and the sadness that we endure for the men and women we lose on a daily basis overseas. Instead, our country should be working towards a common goal of peace with whom we have disputed in the past and present. Memorial Day should be a day that the people of the United States should be able to find happiness within ourselves and our families for a new day where no more lives are taken by war. We shouldn’t forget those from the past who have died for our country, but we should continue to grow as a nation who is united by peace and celebrate Memorial Day with fulfilling memories instead of those that makes our hearts feel empty in remembrance of those we lost in our families. After more than 12 years at war in the Middle East and Central Asia we are slowly coming to an end with the horrible violence that our soldiers have been faced with.

I served the United States Army for six years. I deployed to Iraq for Operation Iraqi Freedom, and lost some of my fellow comrades to the war. It is devastating to lose those that are close to you, especially fighting for something that I felt wasn’t my battle to fight but I didn’t have a choice. I support my country and the people who live in it, but celebrating peace on Memorial Day would be much more meaningful. I am glad I was able to come home to my wife and daughter, but there are a lot of those that don’t get that benefit and aren’t that lucky.
Personally, I believe that finding a different way to utilize the time of the men and women of the United States military seems much more beneficial then bringing soldier’s home in a body bag, and to add to the list of those we pay observance to on Memorial Day. Memorial Day should be a day to remind us what we are thankful for and how far we have come since times of war. Memorial Day should be a day to pay our respects to those who have made the ultimate sacrifice and honor times of peace where blood no longer has to be shed.
~~~~~~~~~~~
Eric Chitoubol is a student at Portland State University, writes for PeaceVoice, and is an Iraq War Veteran.