Life near the Mexican border 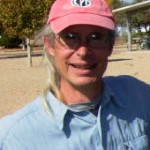 ““You have no rights here!” barked a U.S. Border Patrol agent to a resident of Arivaca, AZ who was passing through a Customs and Border Protection checkpoint 23 miles north of the U.S.-Mexico border.”

For the full article:
Life near the Mexican border
1,041 Words
By John Heid

“You have no rights here!” barked a U.S. Border Patrol agent to a resident of Arivaca, AZ who was passing through a Customs and Border Protection checkpoint 23 miles north of the U.S.-Mexico border.

This remark confirms a sense of violation of rights that many borderlands residents have when encountering one of the 71 permanent or tactical checkpoints scattered across the southwestern U.S. These off-border sites were condoned by the U.S. Supreme Court more than 40 years ago. Stops were intended to be brief, and limited to verifying residence status. They were to be situated within a reasonable distance from the border. This distance was determined to be 100 miles from any external boundary and today roughly encompasses two-thirds of the U.S. population. People in the southwest call this region the “constitution-free zone.”

Arivaca, a community of roughly 700 people, is situated 11miles north of the U.S.-Mexico border and within 30 miles of three Border Patrol checkpoints. There is no way out of town without having to pass through one. This rural community boasts the “oldest standing school house in Arizona,” built in 1879. Arivaca was established during the silver mining rush of the mid-late 1800’s. Today its population is a multicultural mix of cattle ranchers, artists, retirees, many of them school teachers, and local service workers. There is a general store, one bar, one Catholic church and one Baptist church as well as a coffee shop, public library, a handful of small businesses and a post office. Arivaca is the quintessential bucolic small town U.S.A.

Today, however, Arivaca finds itself in the heart of a migration corridor as a result of U.S. border enforcement policy which has funneled migrant-travelers into harsher, more remote desert terrain. Over the last two decades residents have witnessed the human toll of this policy. Now finding the bodies of deceased migrants in the arroyos around town is not a rare event. Residents have also seen a marked increase in the number of people walking around and through town. Usually these travelers are exhausted, hungry and many are in urgent need of medical care.

While Arivacans do not necessarily agree about immigration policy, the common response to migrants has been to offer food and water as they pass through. What has caused resentment, however, has been the militarization of their community in response to this flow of migrants. The influx of Border Patrol agents with their helicopters, drones, surveillance towers, ground sensors and check points has substantially altered the lives of every Arivacan. Many say they do not feel safer for this intrusion into their lives. In fact, people feel less secure. Arivacans say they are living in a war zone and they are not atypical of the many US communities near the Mexican border.

Two years ago a handful of community members came together to share their reactions to the militarization foisted upon them. A grassroots organization formed, “People Helping People” (phparivaca@gmail.com). Their mantra: “People helping people in the border zone, restoring peace and justice in the borderlands.” Soon after the group opened a volunteer staffed Humanitarian Aid Office on Main Street, across from the general store and bar. Residents now had a place to gather and share stories and ideas as well as to offer aid to those traveling through.

As people listened to one another they discovered a common sense of the negative impact Border Patrol’s presence was having on their daily lives and their community. Check points became a focus. Many had experienced harassment, racial profiling and unwarranted queries and searches by agents at the check points. They noted the loss of business in town and a decline in real estate values. They realized that their beloved community, Arivaca, once a popular tourist attraction, had come to be perceived as a dangerous place to visit. After all people now have to cross through a BP checkpoint to enter town from any direction.

Conversation led to action. Last July, a campaign focusing on the most heavily used check point began to take shape. After extensive meetings a petition to close the seven-year-old “temporary” checkpoint was initiated. More than a third of the community signed on, including 11 local small business owners. Hundreds of signatures were also received from people who live in the region.

On December 8, 2013 Border Patrol Sector Chief Manuel Padilla Jr. was invited to receive the petition at the check point. When residents arrived they did not find Mr. Padilla, but rather a closed check point. A lively “family friendly” rally ensued. Arivacans celebrated a brief moment of an interrogation-free highway to their homes but as importantly, the community celebrated their coming out to recover some measure of voice in their community and their lives. The posters that day dramatized Arivaca’s spirit: “Check Points Divide Us,” “Do You Feel Safer?” “Make checkpoints a thing of the past.” A four-year-old was seen toting around one that simply said: “Has any checkpoint, anywhere, made this a better world?” “People Helping People” was on the move.

Next, residents requested a meeting with Mr. Padilla within 30 days to address their concerns. When a month passed without reply, a vigil was held at the Border Patrol headquarters in Tucson to announce the establishment of a citizen monitoring of the check point to document harassment and violation of rights. Within weeks Mr. Padilla responded saying the check point would remain open. Period.

On February 26 the inaugural observation of the check point began. Three dozen residents and supporters turned out—and at least as many Border Patrol agents and sheriff’s deputies. Six Arivacans took their positions with cameras and clipboards in hand. The lines of creative tension were drawn. While arrests were threatened, none occurred. The community held forth and plans to continue the monitoring until the check point is closed.

The long term vision is an end to all suffering and death in the desert, an end to all border militarization, humane immigration policy, and a restoration of authentic security to Arivaca and the entire borderlands for residents and visitors alike. After all “Our Communities Are Not War zones!”
~~~~~~~~~~
John Heid is a member of the Rose of the Desert community in Tucson, AZ.