How to Not Turn Our Back: Alternative Policy Approaches for Syria 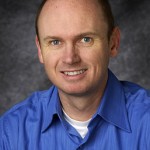 “A moral imperative to act does not release someone from the obligation to act morally. The United States and global decision makers should keep this idea firmly in mind as they consider their options in Syria. So far, advocates for military intervention are heavy on the moralizing, but are doing a poor job explaining how their policy prescriptions would bring about a just end.”

For the full article:
How to Not Turn Our Back: Alternative Policy Approaches for Syria
778 Words
By David R. Andersen-Rodgers

A moral imperative to act does not release someone from the obligation to act morally. The United States and global decision makers should keep this idea firmly in mind as they consider their options in Syria. So far, advocates for military intervention are heavy on the moralizing, but are doing a poor job explaining how their policy prescriptions would bring about a just end.

That we are discussing options that are designed to “downgrade” Bashar al-Assad’s chemical weapons capabilities means that caches of these weapons are likely being targeted. Inevitably, any intelligence on where these weapons may be located is fuzzy, meaning that in all likelihood “mistakes will be made.” Are those mistakes, which will likely come in the form of dead civilians, worth the modest difference such a strike might bring? In a region that is already suspicious of Western power and its intentions, a bomb hitting the wrong target could have devastating repercussions.

The proposed military option is already suffering from mission creep. Initially, the argument was that it would be a limited and specific response to the Syrian government’s use of chemical weapons against its own people. Now, Senator John McCain is arguing that it should be aimed at weakening the al-Assad government sufficiently to bring it to the negotiating table. While this conflict will eventually end with some form of a negotiated solution, research suggests that military interventions by outside powers is more likely to prolong conflicts rather than shorten them.

This is the policy conundrum the United States and the rest of the international community face. With over 110,000 dead and two million refugees, as well as a preponderance of violent factions operating within Syria, it is irresponsible to turn our back on this humanitarian disaster. The question, then, is how. There is no easy answer, but there are concrete steps that could be taken that lessen the pain to ordinary Syrians today and have a greater chance to bring about a just future tomorrow.

First, we need to remember the origins of the conflict—a peaceful uprising by the Syrian people demanding greater freedoms and a more open government. Any external efforts at resolution should honor those brave nonviolent activists and avoid rewarding those on both sides that chose violence over peaceful confrontation.

Second, the United States should support a nonmilitary response to the Syrian government’s actions. The Obama administration has painted itself into a corner by stating that the appropriate response to the use of chemical weapons was military retaliation. As with many things that have occurred in Syria, the use of chemical weapons was a war crime, and the United States along with the rest of the global community should support an appropriate judicial response to those crimes. This includes waiting for the full report being prepared by the United Nations inspectors due out later this week before making any military decisions and seeking prosecution of those directly responsible.

Third, the geopolitical roadblocks must be addressed. Russia has presented a persistent roadblock to any multilateral response and current tensions between Russia and the United States are being paid for with Syrian blood. It is in the interests of neither the United States nor Russia for this conflict to be prolonged. It has evolved from peaceful political protest that was brutally suppressed by Assad to a civil war in which the fighters are becoming increasingly radicalized. The United States needs Russia to support and be a partner in the Geneva-2 peace conference—something that will not happen if the U.S. resorts to military force.

Finally, the time and political capital spent by the Obama administration to round up enough votes in Congress to authorize a military strike could be much better spent working to put together a broad-based coalition of states that can work to find a political solution that can bring this conflict to an end. Without this international coalition the United States will once again find itself alone as it tries to manage another civil war with the only tool it seems willing to use, its military. The complexities of this conflict make such a bullheaded approach potentially disastrous.

Following this approach, while perhaps less immediately gratifying to those who seek a quick short-term response, will be more likely to produce a long-term outcome that not only addresses our moral imperative to act, but will also avoid the moral hazards that accompany the proposed use of violent force.

David R. Andersen-Rodgers, PhD, is an Assistant Professor of Government at California State University, Sacramento, and writes for PeaceVoice. You can follow him on Twitter @1drandersen1