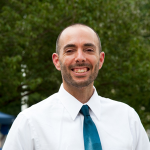 “How many U.S. citizens know our government is arming the authoritarian regime of the Bahraini royal family that uses wide-spread violence and torture to suppress its own people and crush a popular pro-democracy movement?”

For the full article:
Bahrain: Still Shouting in the Dark
876 Words
By Matar Ebrahim Matar and Jeff Bachman

How many U.S. citizens know our government is arming the authoritarian regime of the
Bahraini royal family that uses wide-spread violence and torture to suppress its own people and crush a popular pro-democracy movement?
Nearly two-and-a-half years after a peaceful uprising began in Bahrain, mass human rights abuses and torture are reaching new levels. They are used as a tool to extract forced confessions from journalists, democracy leaders, and medical doctors on trumped up terrorism charges. For example, Nabeel Rajab, an activist and president of the Bahrain Centre for Human Rights, has been arrested and imprisoned after merely appearing on Al Jazeera, despite assurances of his safety from Bahraini authorities. Bahraini security forces carry out night raids and mass arrests, even fabricating outlandish charges such as “chanting against the king.”
According to U.S. officials, the decision to continue to support the royal family is based in ‘national security interests.’ Really? What of human security? What best serves democracy and human rights? Is it in the interests of the American people to be in bed with despotic regimes in the Middle East? Will we ever learn our lesson after the Arab Spring?
Prince Salman bin Hamad bin Isa Al Khalifa, the Crown Prince of Bahrain, made a recent visit to Washington, D.C. Not a word was mentioned in the U.S. press about his brutal suppression of his own people. Juan Mendez, the United Nations Special Rapporteur on Torture, has been denied access to suspected victims of torture.
The government of the United States may not be directly participating in the violence and oppression against peaceful pro-democracy protesters in Bahrain, but the U.S. actively supports the Bahraini monarchy with arms sales and the stationing of our 5th Naval Fleet off their coast, as a measure of protection for the royal family. Defense Department documents released to ProPublica, in response to a Freedom of Information Act request, show that between February 2011 and February 2012, the U.S. sold Bahrain ammunition, communications technology, parts for combat vehicles, and military helicopters.
A gripping and graphic award-winning film “Shouting in the Dark,” documents these abuses and the U.S. role in supporting the repressive royal family (available for free viewing for free http://www.aljazeera.com/programmes/2011/08/201184144547798162.html ). In the film, a young Bahraini woman, her identity shielded for her protection, stated, “I feel really alone. Whether it was a democratic country or an authoritarian country, all of them acted the same when it came to us. I discovered my humanity is a subject of discussion. Should I be killed in the street or not be killed based on the interests of the United States or Saudi Arabia or other countries?”
A few months ago, the Crown Prince was promoted to First Deputy Prime Minister. The promotion of the Crown Prince, seen by some as a reformer, could provide an opening for change. With this new position, sadly, the Crown Prince becomes even more responsible for the deteriorating human security in Bahrain, and has refused to admit that Bahrain is holding political prisoners, instead referring to them as criminals.
Leaders in the Bahraini pro-democracy movement have stated clearly that they are ready to engage in dialogue with the regime, as part of a process sponsored by regional and international powers. Is the U.S. is ready to use its influence to facilitate such engagement? If not, why not?
As the Crown Prince was departing Washington, D.C. (after an attempt to convince the Obama administration of his commitment to dialogue and reform), Bahrain’s Ministry of Interior arrested the leading member of the February 14 Youth Coalition which has been mostly peaceful in its protest but has finally issued a warning to foreign soldiers and fighters to leave Bahrain.
The U.S. must make a decision. It can point to the promises of reform made by the Bahraini monarchy as justification for the presence of the U.S. Navy 5th Fleet off the coast and its continued support for the regime, or it can live up to its proclamations concerning democracy and human rights. Our hypocrisy in Bahrain is on display for all the world to see.
During his recent national security speech, Obama spoke of the hunger strike at Guantanamo Bay, and asked, “Is this who we are?” We say resoundingly “no”! Our nation is better than this. We must not unconditionally support regimes that violate the rights of their citizens.
Students at American University are holding the Crown Prince accountable as an alum and donor with his $3 million contribution to their University for naming rights to the School of International Service atrium. They have launched a letter writing campaign and petition they hope will spread.
American University students are willing to send a clear message that they stand with the Bahraini people and their democratic aspirations. They ask our government do the same.
~~~~~~~~~~~~~~~~~~~~~~~~~~~~
Matar Ebrahim Matar is a former Bahraini MP and Fellow at NED. For his role in Arab Spring, Mr. Matar was awarded the Leaders of Democracy Award by the Project on Middle East Democracy in 2011

Jeff Bachman is a professor of human rights at American University, with a focus in state responsibility for violations of international human rights and humanitarian law.