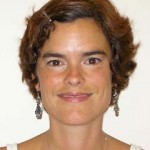 “Justice Louis Brandeis once called the right to privacy “the right most valued by civilized men.” Sadly, it has become increasingly clear that, despite pronunciations about “change” and “transparency,” the Obama administration is continuing down the path so dangerously started by former President George W. Bush.”

For the full article:
A Bad Month for Privacy Rights
590 Words
By Laura L. Finley
Justice Louis Brandeis once called the right to privacy “the right most valued by civilized men.” Sadly, it has become increasingly clear that, despite pronunciations about “change” and “transparency,” the Obama administration is continuing down the path so dangerously started by former President George W. Bush.

First, the Supreme Court decided that it is not a violation of the Fourth Amendment if police collect DNA from people who have merely been arrested, not convicted, of a crime. Although the Court specified that this practice, already occurring in more than half of the states, should only be done to those who are arrested for “serious” crimes, no definition of what constitutes a serious crime was provided. I wonder whether we should begin preparing ourselves simply to open our mouths whenever a police officer approaches. Whether you are rightly or wrongly arrested, your DNA from that cheek swab will go into the database and, as far as we know, remain there in perpetuity.

While defenders maintain that the practice will help exonerate innocent persons, the risks are huge. Ultimately, the power goes to police, a scary kind of power in the hands of those who do not always use it fairly. In January, President Obama signed into law the Katie Sepich Enhanced DNA Collection Act, which creates grants to help states pay for the expanded DNA databases, and thus we can expect that more will indeed do so. Once again, we have put our faith in a technology at the expense of civil liberties. Further, DNA evidence is only as good as the people collecting, maintaining and analyzing it.

Then, the Guardian broke the story that the FBI has been granted the power to obtain from Verizon information from all calls made within the U.S. and between the U.S. and other countries from April 25 and July 19 of this year. Supposedly a tool to keep us safe from terrorism, the authorization for this type of spying on citizens who have done absolutely nothing was granted by the secret Foreign Intelligence Surveillance Court through the USA Patriot Act’s “business records” provision. While actual conversations are not covered, details including the phone numbers, location, duration, time and other identifiers about the callers are included in the order. Verizon has close to 100 million customers. We also have no way of knowing whether the NSA or FBI has sought similar orders of other phone companies, as all are prohibited from disclosing.

Just days later, the Guardian revealed that the NSA has obtained direct access to the systems of Google, Facebook, Apple and other US internet giants. Under a program called PRISM, the NSA collects our search histories, the content of our emails, file transfers, live chats and more.

These types of blanket surveillance are not only an invasion of privacy but also ineffective to do what the government claims. Someone has to analyze the tremendous amount of data collected from these records, the vast majority of which will be completely innocuous. Not a smart use of resources, I would argue.

Clearly, Poet John Perry Barlow had it right: “Relying on the government to protect your privacy is like asking a peeping tom to install your window blinds.” Those interested in a more peaceful and just world must become even more vocal advocates for privacy, what Justice William O. Douglas called “the beginning of all freedom.”
~~~~~~~~~~~~~~
Laura Finley, Ph.D., teaches in the Barry University Department of Sociology & Criminology and is syndicated by PeaceVoice.